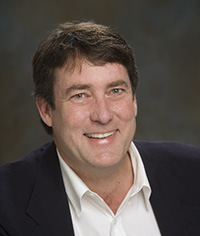 Each year, about 800 Minnesota kids, ages 0 to 6, test positive for lead poisoning. This means that every two years, Minnesota produces enough lead poisoned kids to be the equivalent of the entire student body and staff of Albert Lea High School.

Lead poisoning does not follow a certain trajectory. Much depends on the amount in the blood stream. But it can, and often does, result in serious cognitive development issues.  Populations most at risk are kids ages 0 to 6 and pregnant women.

The lead poisoning crisis in Flint, Michigan, brought this issue to the forefront. What most folks do not realize, though, is that lead in water is not the biggest source of poisoning. It’s mainly housing; specifically old lead paint that is chipping and flaking, and especially on old wood windows which scrape and produce lead dust. Old painted toys and antiques are also common culprits — painted porches, too.  If you live in a pre-1950 home, chances are there is lead present. When lead is contained it is safe.

My organization, the East Side Neighborhood Development Co. (ESNDC), in St. Paul, works closely with Ramsey County Health to fix homes where kids have tested positive. This year, we will replace windows in 100 homes and encapsulate paint in 125. Our window projects are deeply discounted — up to 75 percent of what you would normally pay. When we replace windows, encapsulate paint and clean a house, the kids’ blood lead levels drop like a rock.

There are six census tracts on the East Side with rates higher than Flint’s. There are three census tracts in and near Albert Lea with high rates, also. The Montevideo area and Duluth, in addition to several other inner-city neighborhoods in St. Paul and Minneapolis, round out the state’s child lead poisoning hotspots. Roughly 40 census tracts (out of 1,332 statewide) have this elevated rate problem.

East Side Neighborhood Development Co. is a community development nonprofit. This means that we are real estate developers, economic development practitioners and builders. We also operate a very successful Mainstreet program. I admire what Albert Lea has done with its downtown.

East Side Neighborhood Development Co. is a great partner for public health because we fix homes. As part of a Minnesota Department of Health contract, we are helping out some Greater Minnesota communities.

I will make an editorial comment here. I did a tour of southern Minnesota in July visiting county health departments and am appalled at the scarcity of resources. I am also amazed at the huge workload your public health officials shoulder.  Us inner-city types like to complain about getting the short end of the stick, but we are resource-rich compared to rural areas. If we are going to fix this problem on the East Side, we believe it will need to happen as part of a statewide solution, and we will need to do it as partners.

You can bring in paint chips, antiques and toys. If you can get it in the door, we can test it! We can do blood tests — highly recommended for kids 6 and under and for pregnant women. We will have health educators present to talk to about home environmental safety. The families of the first 10 kids tested will receive free HEPA vacuums. We will raffle off 25 Brita pitchers. We will have free toys for every kid and free fruit for families.   Hablamos Español.

I hope that this will be the first of many events. I also hope that that we will be able to form an urban/rural alliance to solve the lead poisoning in housing problem and create better lives for our children.  See you on Monday.

John Vaughn of Stillwater is executive director of East Side Neighborhood Development Co.