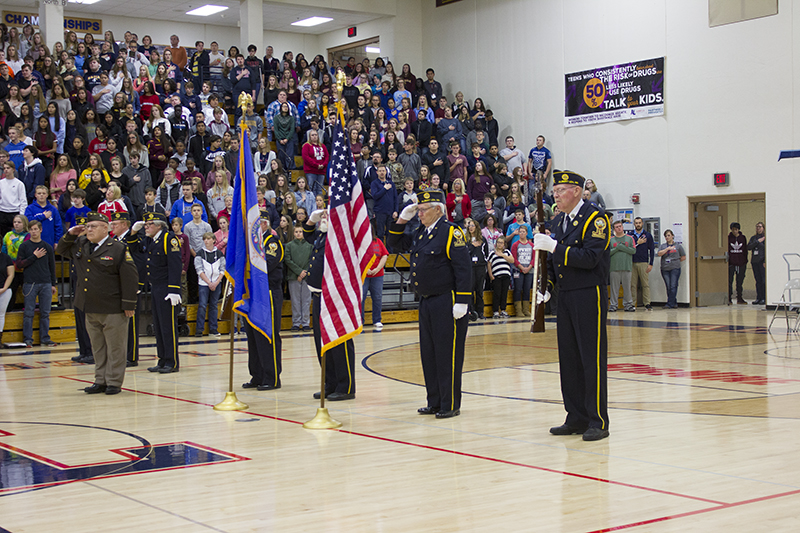 In an address to students and staff, Albert Lea Area Schools Superintendent Mike Funk requested the high school honor veterans in a plaza planned for the new athletic complex near the high school.

“If the high school and our community embraces this project, and the weather permits, we can unveil this memorial at a future Veterans Day event outdoors at our new stadium,” he said.

“Veterans have given us freedom, security and the greatest nation on Earth. It is impossible to put a price on that. We must remember them. We must appreciate them. Take the challenge I have presented today as an opportunity to honor them for future generations.”

Funk’s most recent assignment was chief of the joint staff with the Minnesota Army National Guard, where he provided oversight guidance to the 600-soldier task force that provided security for Super Bowl 52.

Funk served as the deputy G3 for the 34th Infantry Division in 2003 in Bosnia and commander of the 2-135 Infantry from 2007-08 in Kosovo. He has received numerous awards and decorations. 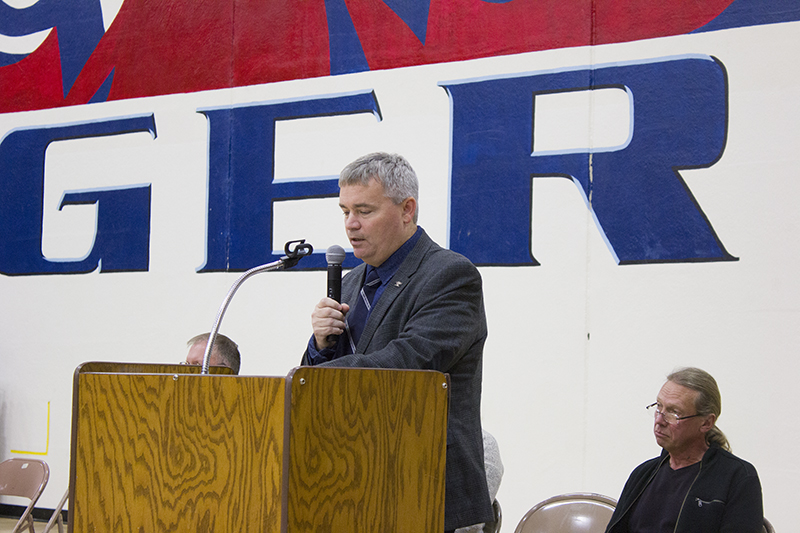 Quiram was an active-duty Air Force member in the 1980s, enlisting in 1984 and serving as a medic for the Mountain Home Air Force Base from 1985 to 1989. He was a member of the Minnesota Air National Guard from 1989 until 2016, when he retired as a lieutenant colonel.

He was activated for operations Desert Storm, Iraqi Freedom and Enduring Freedom. He had temporary duty assignments in Belize, Japan, Alaska and other states.

The color guard presented the flag of the United States, and the Albert Lea High School choir performed “He Ain’t Heavy, He’s My Brother.”

Master of ceremonies Kurt Barickman noted 2018 is the 50th anniversary of the Tet Offensive, described as one of the largest operations of the Vietnam War and as being responsible for turning the opinion of the American public against the conflict. This year also marks the 100th anniversary of the end of World War I.