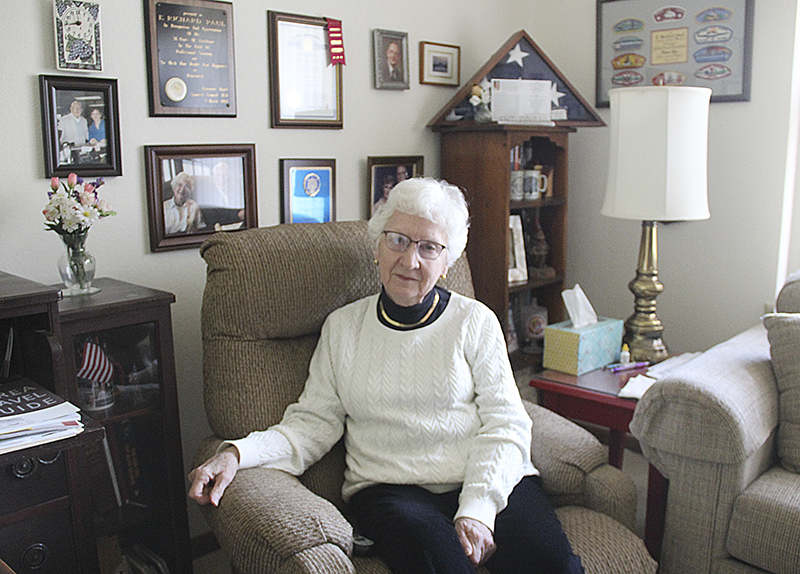 Kathy Paul of Albert Lea said she is thankful for the hospice program that gave services to her and her husband, Dick, who died in August 2017. - Sarah Stultz/Albert Lea Tribune

Albert Leans Kathy and Dick Paul were joined at the hip.

After Kathy Paul fell and wound up in the nursing home in December 2016, she said she soon after realized her husband’s health had started to decline.

When she was released from the nursing home mid-February 2017, she said it became evident to her that his abilities had diminished. They met with their daughter, who is a retired physician, and realized it was time to seek help.

The petite, 5-foot-2-inch woman, said she could no longer care for her husband, who was 6 feet 3 inches tall, by herself. Her husband suffered from dementia and had deteriorating bones.

They contacted the hospice program through Mayo Clinic Health System in Albert Lea, which from the start was what she described as a “godsend.” Representatives conducted an evaluation on her husband, and he was accepted into the program in June 2017.

She said she didn’t realize until she re-read her journal from that time in her life what her life had been like before hospice came in.

“It was utterly wonderful,” she said, of the services hospice provided.

Nurses came to take care of her husband, along with social workers and home health aides to give him personal care. Volunteers also came to spend time with them if she needed to run to the grocery store or run other errands.

“It was wonderful the peace of mind it gave me, to know that whatever happened, there were people who really knew what was happening who could give him care, that could take care of him and answer my questions,” she said.

She talked of the comfort she had, knowing she could call someone anytime of the day or night and someone could help her husband.

“In the midst of what was one of the most horrifying things I’ve had to deal with, it was a light,” Kathy Paul said. “It really helped me.” 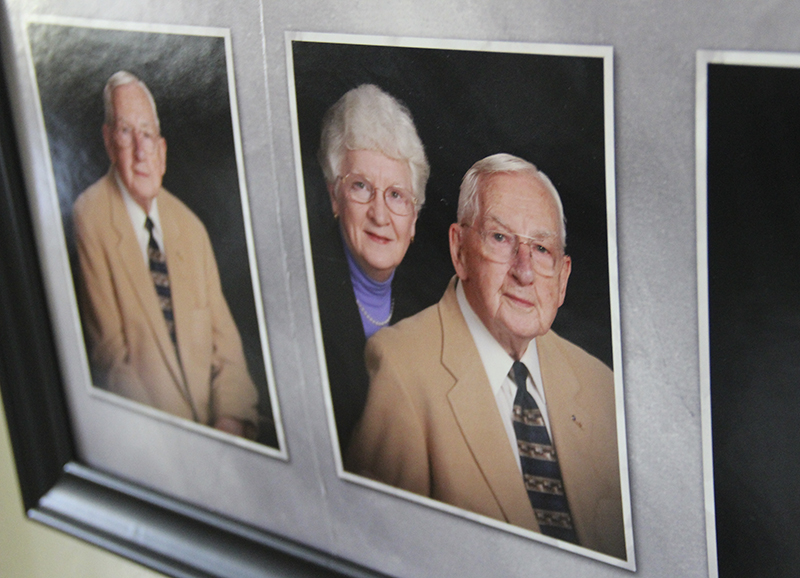 The Pauls, pictured here in photos taken for their church directory, were married for almost 39 years. – Sarah Stultz/Albert Lea Tribune

After a few months of receiving hospice services at their home, Kathy Paul said her husband had continued to deteriorate physically, and he was moved to St. John’s Lutheran Community on Aug. 3, 2017, where he received both the care through the facility along with services through the hospice program.

Kathy Paul said on top of all the help the hospice program gave her husband, it also helped her — both in the last days of her husband’s life and in the time afterward during the grieving process.

“It really was so incredibly helpful to me as I went through this process,” she said. “It is a process — the death and the grieving. It’s all a process.”

She said she received printed materials to read that she thought were helpful, and she has attended two grief support groups.

“The group is so wonderful, we’re going to continue meeting,” she said.

“There are people in there you form a link with. It is a joy in the midst of all of this to know these people and to share the feelings.”

She said she has learned how everyone grieves differently, noting that grief forces people to redefine themselves.

“The process with the grief support group helps you to understand that,” she said. “You really do (have to) understand that to be able to cope with it.”

Jackie Carstens, a hospice social worker, said there is no age limit to someone who can receive hospice services. Services are available to people of any age whose illness is in the final stages, when a cure is no longer possible and the goal of treatment is comfort.

It is a comprehensive approach to care including the physiological, sociological, educational, spiritual and emotional needs of the patient and family.

Medicare Part A covers the services, but for those who don’t have insurance, help is available. Carstens said no one is turned away from hospice services.

The hospice program in Albert Lea began in 1985 under the direction of Dr. Toby Thompson, who was the hospice medical director, said Renae Meaney, hospice supervisor. A task force of community people had recommended the formation of a nonprofit hospice program in Freeborn County the year before.

Meaney said the Albert Lea hospice program reaches as far as 40 to 45 miles away — in cities such as Wells, Minnesota Lake, Lake Mills and Northwood — and includes care in homes, assisted living facilities and nursing homes — wherever a patient who needs the services is living.

People can purchase bulbs in memory or in honor of a loved one.

Funds will be used for things such as patient care items, family bereavement services and others.