In attempt to address workforce shortages, officials turn toward education 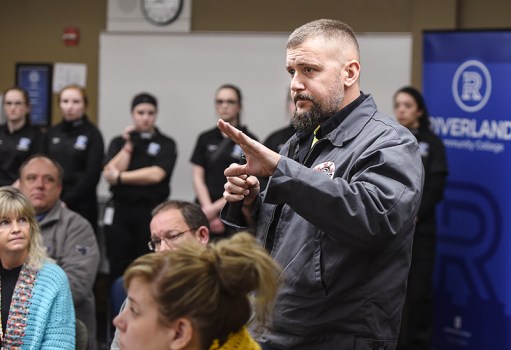 Rich Finley, who teaches welding on the Albert Lea Riverland Community College campus, talks about the hurdles of getting people into the program during a Regional Workforce Development Roundtable Discussion at Riverland in Austin Wednesday. - Eric Johnson/Albert Lea Tribune 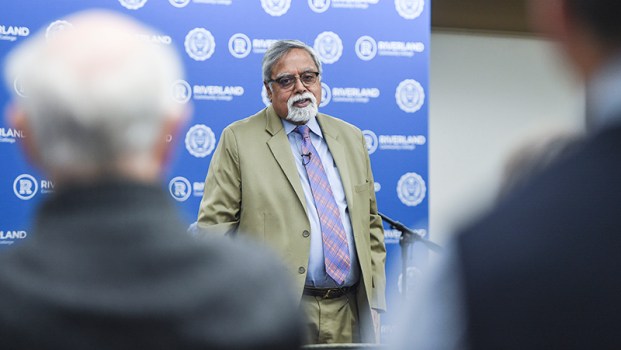 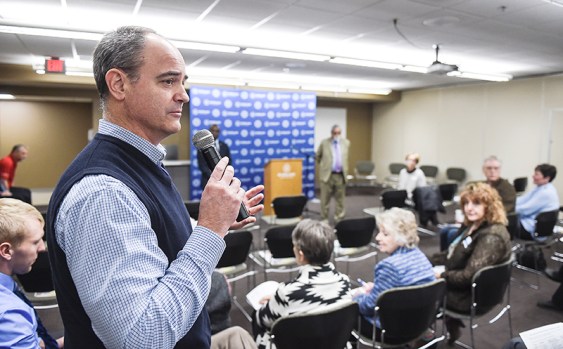 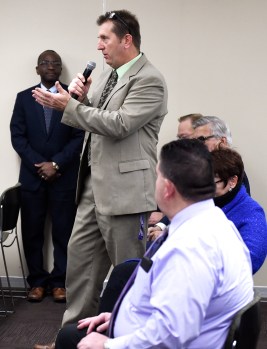 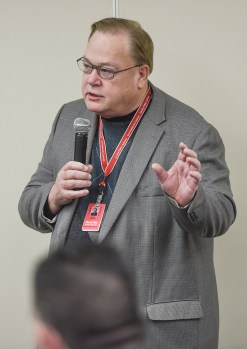 AUSTIN — Amid a workforce labor shortage, officials are turning to local colleges and technical schools for help in addressing these obstacles through one common factor: education.

Statewide, businesses and industries continue to face a workforce shortage that affects the regional economy. Although Minnesota’s unemployment rate remains consistent at 2.8 percent, there’s still the lack of skilled, qualified workers to fill open jobs in various industries such as manufacturing, law enforcement and more. Encountering more diverse students and students with lower-income backgrounds, officials found there were hurdles for those attempting to receive a higher education to become qualified, skilled workers.

In order to figure out solutions to this problem, Minnesota State Chancellor Devinder Malhotra and staff took a tour of Riverland Community College on Wednesday morning to get an up close look at different partnerships to help solve the growing need for workers.

“We need to further our understanding of the partnerships we have,” Malhotra said, “and understanding what is the nature and scope of them to deepen and enhance meeting our needs in the region.”

During the tour, people focused on two themes to talk about workforce development in southeast Minnesota, including current and potential future needs: Riverland’s existent programs and how they meet employment needs, and ways Riverland could increase existing partnerships or create new ones with regional businesses and industries to establish a more robust workforce pipeline.

“We’re already meeting a third of the demand,” Malhotra said. “But it’s not enough. We aren’t even close.”

Several educators and administrators from various school districts were also present to give their input to Malhorta, including the desire for more funding to colleges to help with trade training, as well as having better recruitment methods to expose high school students to post-secondary educational opportunities.

“We need to have more opportunities for recruitment and get students to see the programs up close,” said Grand Meadow Superintendent Paul Besel. “They need to see what amazing programs there are, and having better connections in seeing what the next level is. We need help recruiting at the K-12 level.”

Riverland itself has a combined economic contribution of $121.4 million, which includes a direct impact of $61 million and indirect impact of $60.3 million. Operational and capital spending in Minnesota generates $57.9 million of the total impact and $63.5 million from student and visitor spending, according to the data provided by the college.

The community college directly employs 304 people in the state, and overall, supports more than 1,101 state jobs (699 direct and 402 indirect/induced). Riverland generates $1.4 million in community contributions, $7.1 million in state and local revenue, and about 642 students graduate per year.

Austin Police Chief Brian Krueger shared that through Riverland’s partnership, the police department was able to hire more than 40 percent of its employees who graduated from the program at the community college. Krueger shared that multiple officers and himself had served as instructors for lectures over the years on Riverland’s campus.

Through Riverland, Krueger said that his officers also continue to have ongoing training while learning more de-escalation techniques, and that they are also looking for more diverse hires to reflect the community they serve.

“We are very grateful for Riverland,” he said. “More than 40 percent of our patrol staff are Riverland alumni. We are looking for candidates to step up, and Riverland provides outstanding education.”

Austin Public Schools Superintendent David Krenz noted that deepening the partnerships among school districts and local businesses and industries was vital to the future sustainability of the workforce. With programs that encouraged students to become teachers, like the 2+2 program through Winona State University, Krenz said the district was making an effort to make sure students were exposed to opportunities beyond the traditional classroom setting.

“Kids don’t know what the workforce looks like,” he said. “We need to partner with higher education institutions and with businesses. It’s very important to recognize learning does not only happen in the classroom and to validate learning no matter where it occurs.”