Memorial services for LeRoy R. Schocker of Albert Lea will be at 2 p.m. Monday at the Bonnerup Funeral Service chapel in Albert Lea. The Rev. Vern Harris will officiate. Visitation will be one hour prior to the service. Interment will be in Graceland Cemetery. Military honors will be accorded by the Albert Lea area veterans groups. 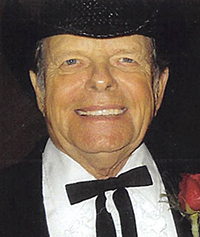 LeRoy was born Jan. 3, 1945, in Austin, the son of William and Edith (Davis) Schocker. He graduated from Austin High School in 1963. After graduation he served his country in the U.S. Air Force and the National Guard. LeRoy had been employed by Land O’Lakes in Albert Lea, retiring in 1996, before working with Albert Lea Area Schools as a groundskeeper. He volunteered many hours with the Salvation Army in Albert lea. LeRoy enjoyed hunting, fishing, bowling, model cars and puzzles. He especially enjoyed his conversations with family, friends and neighbors.

He was preceded in death by his parents; wife, Edna; brothers Dewain and Billy; and sister, Eleanor Klingbeil.