Making it to the hall of fame 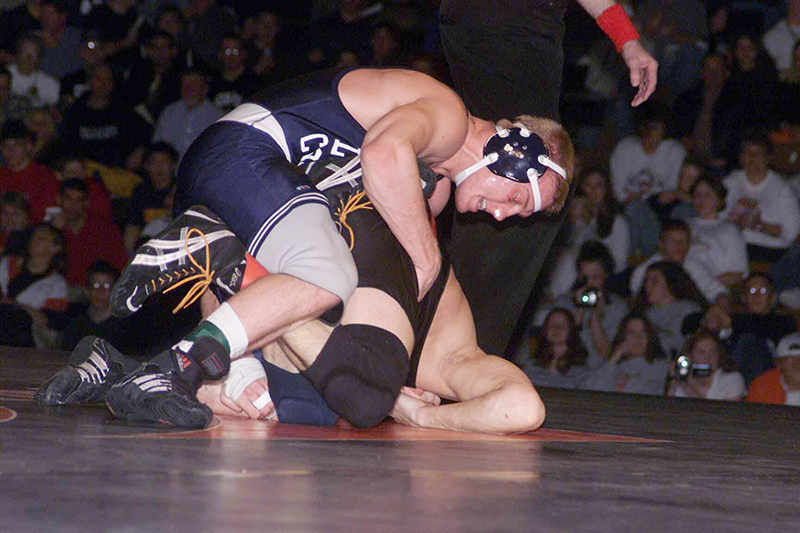 Glenville-Emmons graduate Jesse Reyerson was inducted into the Luther College Athletic Hall of Fame at the end of October for his accomplishments in wrestling. - Photo courtesy Luther College

Jesse Reyerson, a 1999 graduate of Glenville-Emmons, was recently inducted into the Luther College Athletic Hall of Fame for his accomplishments wrestling for the school.

While in high school, Reyerson was a five-time letter winner — including three times for Glenville-Emmons and twice after the program consolidated with Albert Lea. He was a two-time Minnesota state tournament qualifier, taking fourth place his senior year.

At Luther, Reyerson was a four-time NCAA III national meet qualifier and a two-time All-American. He took fifth place at the 2001 national championships at 157 pounds and was crowned the national champion at 165 pounds his senior year.

As a team, Luther placed fourth at the national tournament in 2001 and fifth place in 2003. Reyerson finished his college career with a record of 110-41 with 32 falls, which ranks tied for eighth on Luther’s all-time wins list.

Reyerson talked about what it was like for him to be inducted into the 2108 class.

“For me, personally, it doesn’t compare to winning the title 15 years ago, but what I did enjoy is taking the time to reflect on the people who helped me get there,” he said. “When I was competing, I was more focused on what I needed to do and what I had to accomplish. It was great to see my family, friends, coaches and teammates come back to help celebrate the occasion.” 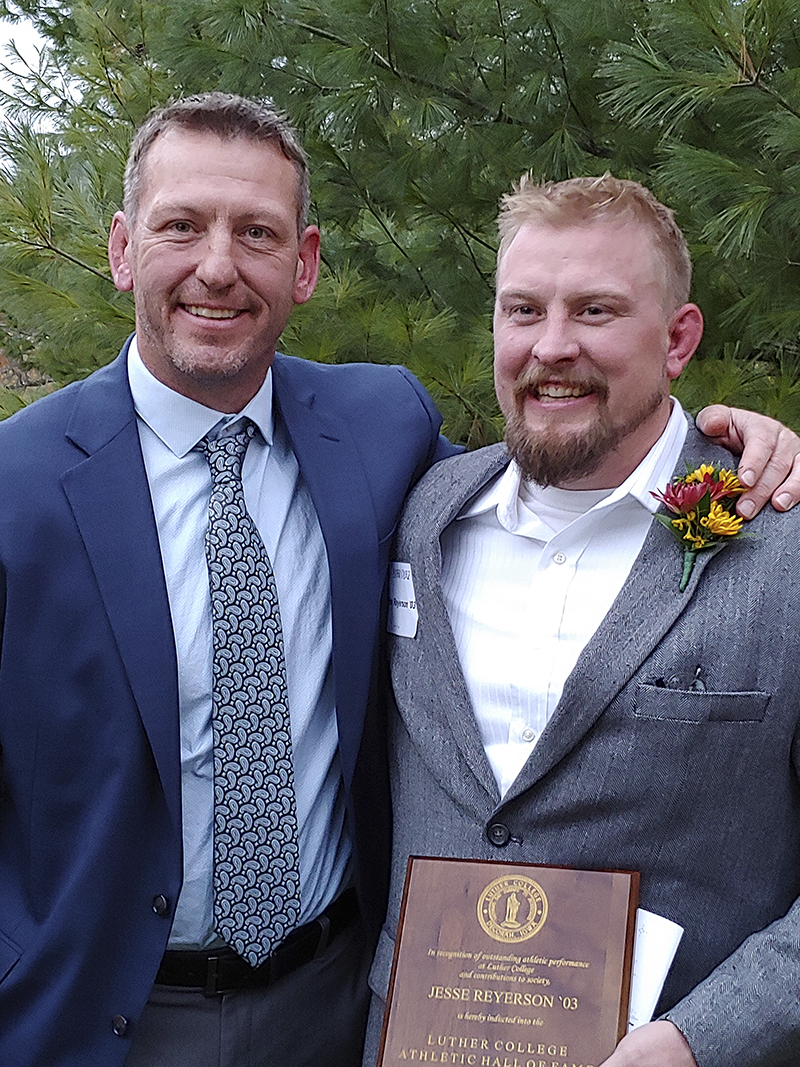 Reyerson said the hardest part about being a college athlete was the extra level of freedom that comes with being in college and the added travel that comes with it. However, with all of his teammates having the same goal, they were able to keep each other in check and on the right path.

“I’ll always advocate for wrestling at any level,” Reyerson said. “There are so many lessons that come out of the sport of wrestling that you will have a hard time finding in other sports. College is no different, but it’s on a different level.”

If it wasn’t for wrestling, Reyerson said he wasn’t sure if he would have gone to college, and he offered up some advice for any high schoolers wanting to continue wrestling into college.

“I was lucky to have a family that valued wrestling and all the lessons that go with it,” he said. “Friends and family, academics and training are all important and you have to kind of balance all of those things, and they take turns at the top of the priority list.”

Reyerson now lives in Platteville, Wisconsin, with his two dogs, Vivian and Holiday. He works as a business solution consultant for AdvantEdge Analytics, where he works with credit unions around the country implementing business intelligence into their organizations. He is active in mountain biking and is the president of the Platteville Human Powered Trails organization. He coached at the college level for a while and still volunteers from time to time.

He said he can still remember his first wrestling lessons from his father, Kevin, and his brother, Wyatt. He credited pouring concrete with his grandpa, Bob Larson, for instilling him with a no-quit attitude, and he can still hear his mom, Lori, and grandma, Marcia Larson, cheering him on from the stands.

On top of his family, Reyerson had many thanks for his coaches and teammates throughout the years.

“I learned a lot from dedicated coaches (with) Glenville-Emmons football, track and wrestling, and at Albert Lea wrestling. I’m also very thankful for the Albert Lea freestyle and greco roman program that allowed me to get ahead by practicing in the spring and summer months. My coaches and teammates at Luther College have become my best friends and I can’t imagine my life without them.

“And, obviously, I’d like to thank all of my teammates through elementary school, high school and college. Some of the toughest matches I’ve ever had were in the practice room, and we’re all better for it.” 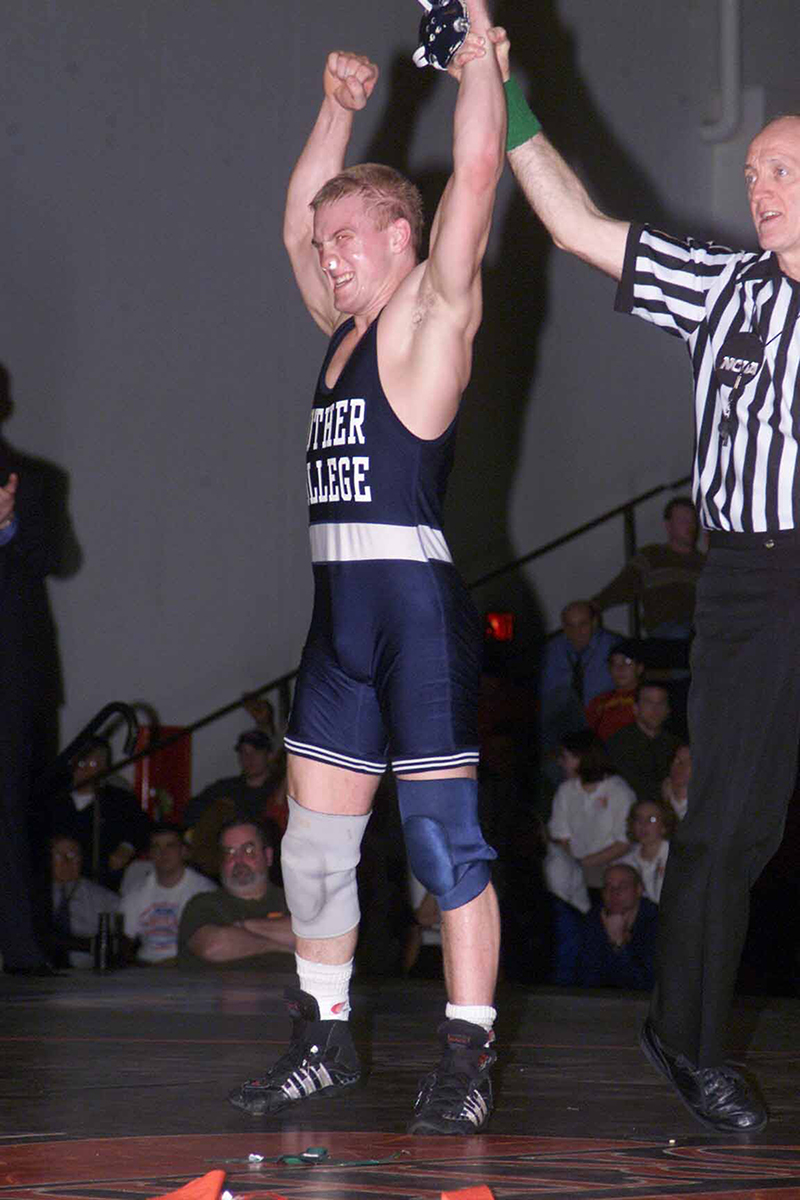