New outpatient surgery, available in Albert Lea for carpel tunnel, hoping to be expanded to Austin 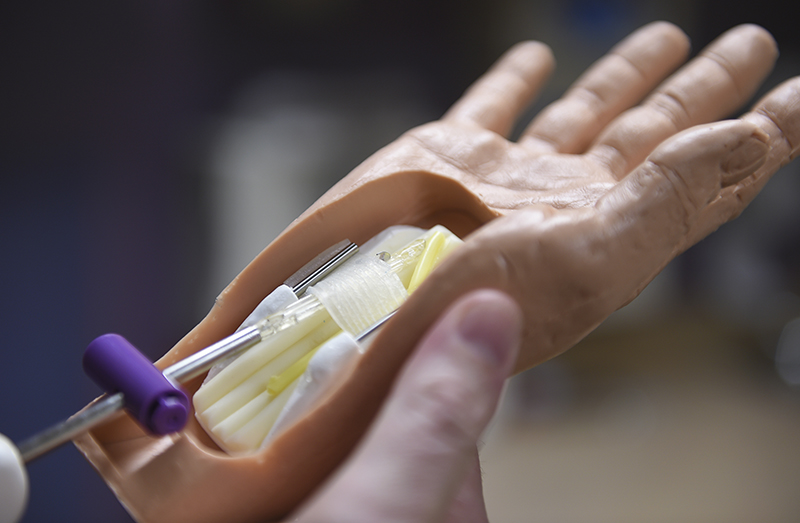 For the longest time, Faribault Sheriff Mike Gormley had struggled with the pain and numbness he felt in his hands. With daily tasks of typing reports, driving and working with power tools, his hands would “fall asleep.”

“Over the years, it had gotten worse,” Gormley said Friday morning. “They’d always fall asleep, and I couldn’t get comfortable. I put up with it more than I should have.”

Gormley is one of more than 12 million people across the United States who was diagnosed with carpal tunnel syndrome, which is a condition when one of the major nerves in the hand (the median nerve) is compressed as it travels through the wrist, according to Mayo Clinic.

CTS causes symptoms with pain, numbness and tingling sensations in the hand and arm.

One way to treat CTS was a carpal tunnel release, in which a surgeon makes an incision in the palm of a patient’s hand over the carpal tunnel ligament, and cuts through the ligament to relieve pressure on the median nerve. The surgery can be done by making one incision on the palm side of the wrist, or from several small incisions.

However, a new outpatient procedure available in Albert Lea (and soon in Austin) would allow patients to have shorter recovery times and return to their daily routine. It includes a smaller incision, minimal pain medication and is helped with ultrasound guidance. Prior to the new outpatient procedure, the recovery time for the CTS treatment varied from two to six weeks, and many patients had often opted out of treatments because of not being able to take that amount of time off from work, according to Dr. Russell Bergum, an orthopedic doctor at Mayo Clinic Health System in Albert Lea. 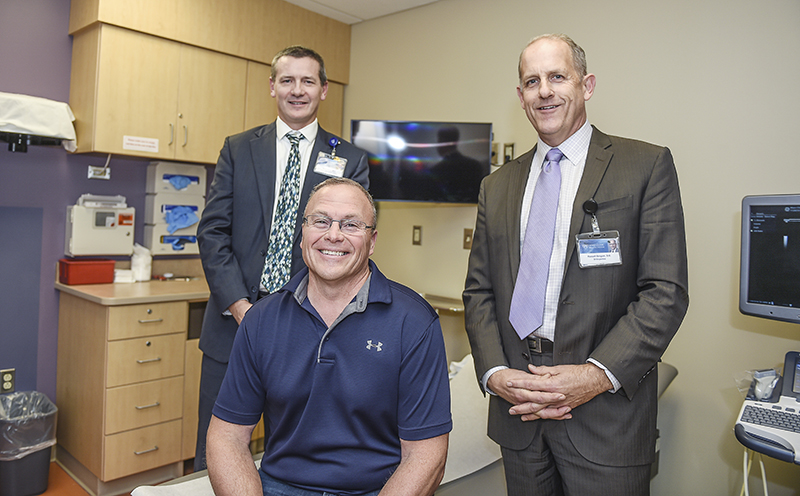 “One of the benefits of this procedure is that patients are able to return to work quicker, and another benefit is that there’s no need for sutures,” Bergum said. “There’s procedures that can be done in the operating room, but 95 percent of the cases are done in the office with local anesthetic injected into the skin.”

“We hope within the next year possible to offer it in Austin as well,” Bergum said. “It definitely has a huge impact on accessibility. A large population of people with CTS for a long time elected not to do a procedure for a long time because not everyone has enough time from getting off of work.”

The new SX-One MicroKnife that was created enables micro-invasive carpal tunnel release through a single 4- to 5-millimeter incision under ultrasound guidance. The minimally invasive technique could result in faster recovery time and less scarring, Bergum said.

Gormley was a qualified patient for the procedure and said he was able to return to work as the sheriff “the very next day.” His first surgical procedure was in July on his left hand, and then returned for the second procedure on his right hand in August.

“They’ve made a lot of improvement as far as a less invasive procedure,” he said. “By not cutting their whole hand open as they used to. I’ve had people already asking me about the procedure, the ones who use their hands a lot and that was a big thing. There were no stitches, and they put a bandage on it.”

As for those who struggle with CTS, Gormley advised them to get treated and see if the procedure would be right for them.

“Don’t put it off,” he said. “I put it off for a long time and I put up with it. After this, I finally got some relief. It makes life a lot easier when you can use your hands.”