New Richland restaurant is all about family 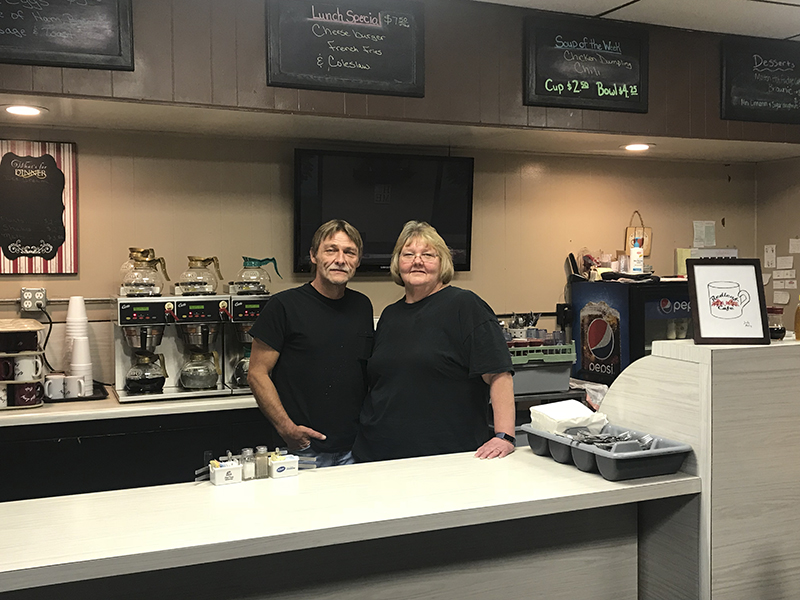 NEW RICHLAND — In a town where avenues bare names such as Ash, Birch, Cedar and Dogwood, one might not be surprised to find a restaurant called Red Leaf Cafe. But according to the owners of the establishment, Dean and Theresa Grubstad, the name has nothing to do with the familiar theme around town. It’s just a happy coincidence.

“When my parents retired, they moved to a home on five acres of woods and my mom was kind of terrified of wild animals, so my dad promised her that he’d always be there to protect her,” Theresa Grubstad said.

Then one night, Theresa Grubstad said her dad was out later than he should have been and her mom called him to remind him of the hour. On his way home the quick-witted man thought of a way to stay out of the doghouse.

“When he got home, he said, ‘We’re going to call this Red Leaf Acres,” Theresa Grubstad said, prompting her mother to ask why.

He explained that he was going to take his name, Fred, and wrap it around her name, Lea, to remind her that he would always be there to take care of her.

The theme of family runs throughout the cafe. There is a mural of seven trees with red leaves to represent Theresa Grubstad and her six siblings and the establishment itself is family-oriented.

The couple’s desire to work in the food service industry has its roots embedded in family, as well.

“I’ve just always had a passion for it,” Dean Grubstad said of cooking. “When I was a little kid I’d be right there with my mom in the kitchen cooking all the time. That was my first job. It came naturally to me.”

Theresa Grubstad’s inspiration was her grandmother.

“My grandma was a caterer and watching her intrigued me,” she said.

While both worked in different positions throughout their lives, they eventually made their way back to the restaurant business. When The Lunchbox closed about five years ago, the couple decided it was time to stop working for others and go into business for themselves.

The restaurant serves an American menu of breakfast items, burgers, sandwiches and salads during its hours of 6 a.m. to 2 p.m. Monday through Saturday and 8 a.m. to 1 p.m. Sunday. They also have an evening schedule of 4:30 to 8 p.m. Friday and Saturday.

The weekend dinner menu includes all-you-can-eat fish on Fridays, ribs on Saturdays and includes menu items such as prime rib, chicken breast and pork chops on both nights.