On to the state quarterfinals for the Panthers 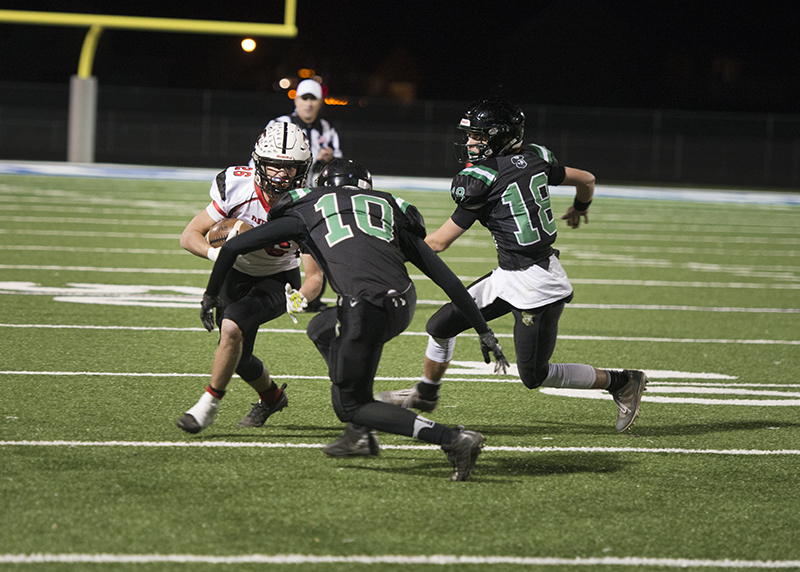 JANESVILLE — The NRHEG football team traveled to Janesville Friday night for a neutral-site game against Waterville-Elysian-Morristown in the Section 2AA finals game.

Despite falling in the their regular season game to the Buccaneers, the Panthers reversed the roles in the postseason, dominating for the win and claiming the section championship 46-6.

The Panthers wasted no time in scoring the first touchdown of the game, when sophomore Kordell Schlack took the second play of the game for a 47-yard score, and after a missed PAT, the Panthers led 6-0 just 30 seconds into the game.

The NRHEG defense showed up ready to play for the game, not allowing the WEM offense to pick up a first down throughout the first quarter.

A promising Panthers drive was cut short when a fumble gave the ball back to the Buccaneers. However, senior Alex Buckmeier gave the momentum back in favor of the Panthers with a third-down sack, forcing the Buccaneers to punt. 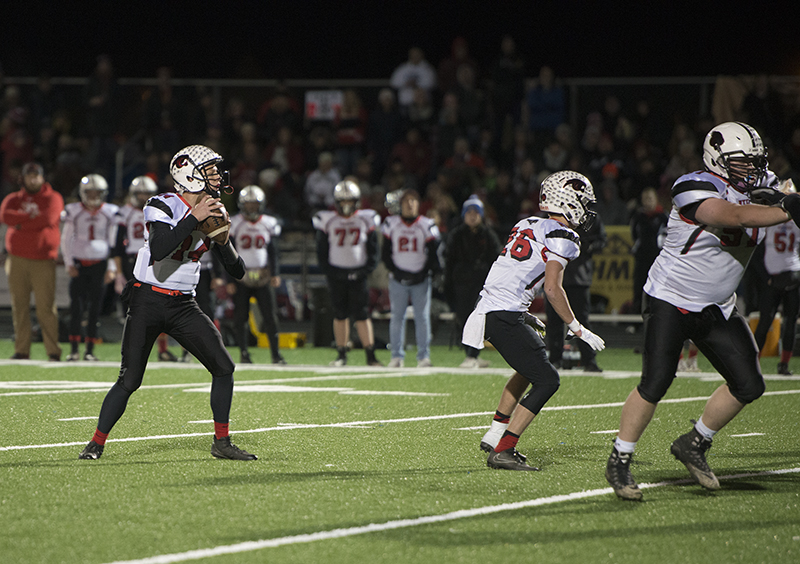 Each team traded a three-and-out drive before senior Brady Agrimson hauled in a 34-yard touchdown catch to give the Panthers a 12-0 lead. Another big stop by the Panthers defense gave them the ball late in the first quarter, where they capitalized when freshman Jacob Schuller caught a 15-yard pass from senior Blake Ihrke. After a fake field goal pitch to junior Lonnie Wilson found the endzone, the Panthers led 20-0 at the end of the first.

WEM finally recorded its first first down of the game on the first drive, however, the celebrations didn’t last long when junior Andrew Reich intercepted the next pass, giving NRHEG the ball in favorable field position. NRHEG looked as though it would capitalize on the opportunity with a 32-yard touchdown, but a holding call negated the run and forced a punt.

After yet another punt by the Buccaneers, the Panthers seemed like they would punt the ball back. However, on third and long, Wilson pulled in a pass and proceeded to take the ball 86 yards for a score. Another fake PAT gave the Panthers two more points, vaulting them to a 26-0 lead.

The Panthers weren’t done in the half just yet, as the defense came up with a big fourth-down stop and the offense got in one more score with a 9-yard reception by Agrimson. At the halftime break the Panthers led 33-0.

NRHEG continued its dominance in the second half, slowing down the offense and taking precious time away from WEM. Wilson recovered a fumble early in the third quarter and NRHEG used a long drive to drain WEM of any energy it had left, scoring another touchdown to take a 40-0 lead.

Schuller added another touchdown to the Panthers total to start the fourth quarter. The touchdown came through the air and put the Panthers far ahead 46-0.

The Buccaneers scored late in the game to avoid the shutout, but the game was all Panthers from start to finish.

The Panthers advance to the quarterfinals of the Class AA state tournament and will play at 7 p.m. Friday against the winner of the Section 1AA tournament at Burnsville High School. 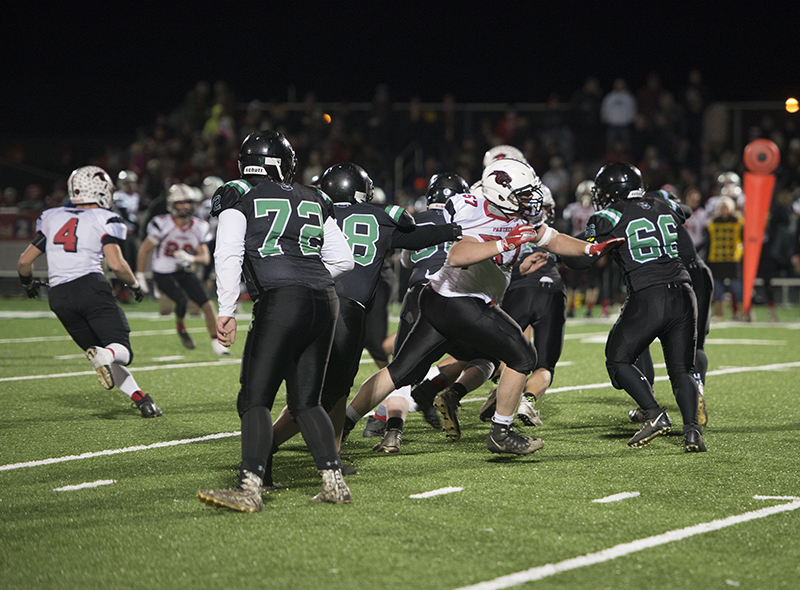