Prairie Profiles: ‘A heart of gold’ 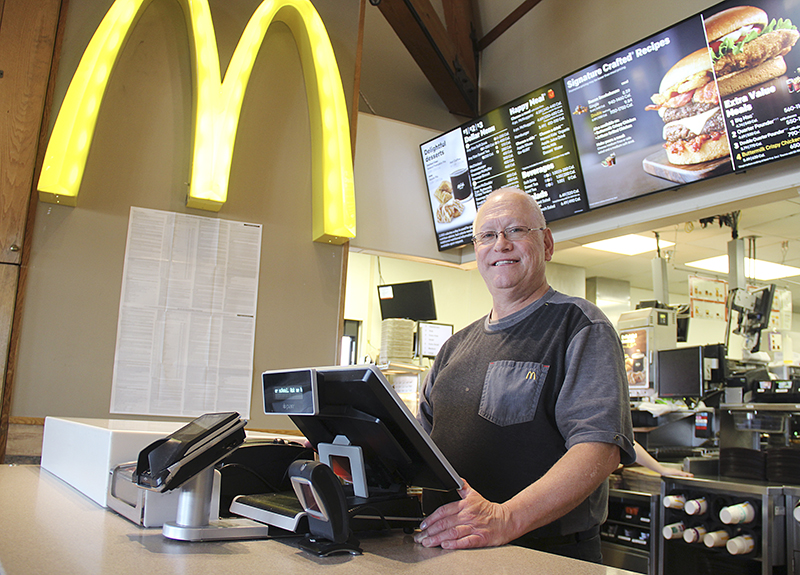 Kent Fischer has worked at McDonald’s in Albert Lea for 40 years. He worked at the East Main Street location for most of his years but moved to the restaurant at Trail’s Travel Center three years ago. - Sarah Stultz/Albert Lea Tribune

If you’ve ever been to McDonald’s in Albert Lea, there’s a high likelihood you might have met Kent Fischer.

Fischer, 59, started working at McDonald’s in 1978 and last month celebrated his 40th year with the company.

Spending most of his years at the East Main Street location, he moved to the Trail’s Travel Center restaurant three years ago, where he works five to six days a week.

Fischer, who describes himself as a “jack of all trades,” has worked at a variety of positions over the years at the fast-food restaurant.

He said his first position was toasting buns, though he is now capable of working in any of the crew or maintenance positions.

When asked what his favorite thing is about working at McDonald’s, Fischer had no trouble identifying his answer: “the people.”

Fischer said people come to the restaurant with the expectation of being welcomed, and he likes to pick them up when they’re down. He also enjoys encouraging the younger employees to do their best. 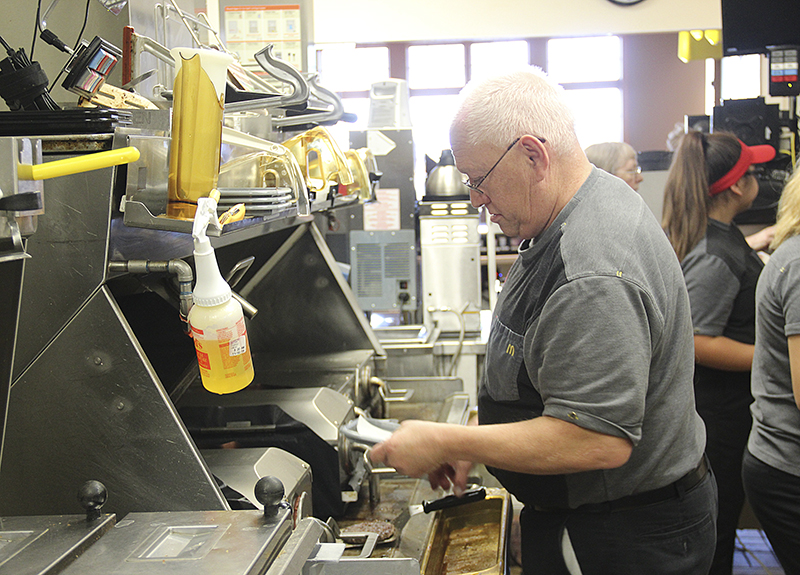 Fischer has worked in many different positions during his time at McDonald’s. He said he is able to work in any of the crew or maintenance positions. – Sarah Stultz/Albert Lea Tribune

Brian Anderson, who worked with Fischer for 12 years at McDonald’s starting in 1989 and who now is Fischer’s landlord, said when Albert Lea High School was in the middle of town near Central Park, Fischer became what he described as a “minor celebrity” amongst the high schoolers who frequently stopped into the restaurant. He got to know all of the students names and was even featured in the school newspaper, the Ahlahasa.

“He knows more people than I think anyone in town,” Anderson said.

Anderson said in addition to working together, Fischer over the years became like an adopted member of his family. Several of his other family members also worked with him, and since they live across the street from each other, Fischer often comes over for barbecues and other family get-togethers.

“Kent is the nicest guy you would ever meet,” Anderson said. “He has a heart of gold.”

To celebrate his accomplishment of working 40 years at the restaurant, Segura said they had a party with cake, balloons, chocolate and Fischer’s favorite Little Debbie snacks. All of the general managers from town visited, and there will be a story about Fischer in the company newsletter.

Interesting fact: Fischer used to work at McDonald’s with the man who is now his landlord