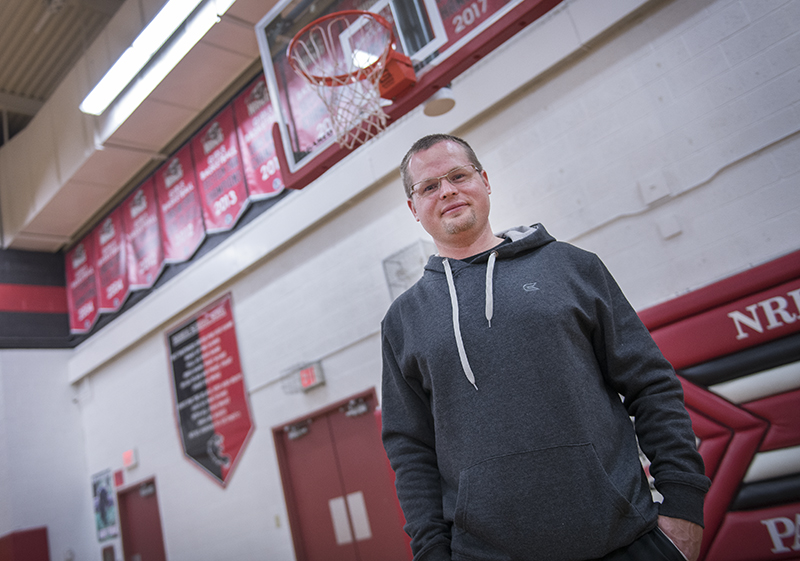 Panthers now led by new coach with 15 years of experience

NEW RICHLAND — For as long as he can remember, Isaiah Lundberg has always wanted to coach.

This season, he gets his chance.

Lundberg was hired as the NRHEG varsity boys’ basketball head coach in May. He coached the junior varsity team for seven years, and the eighth-grade team for eight years prior to being offered the head coaching position. He has also been involved in the football program.

A 2002 NRHEG graduate, Lundberg started at the University of Wisconsin-River Falls before finishing his physical education with coaching associate’s degree at Riverland Community College. He now lives in Hartland with his wife, Brooke, and their four daughters.

Lundberg has coached the majority of his players when they were younger, and even coached his youngest brother, Benji Lundberg, in the early years of his standout NRHEG basketball career.

Isaiah Lundberg said there will be some things he’ll do differently with the program, so there will be a bit of a learning curve for some players. He will be assisted by new assistant coaches Ryan Evans and Tyler Schlaak.

While Lundberg said the Panthers have lost some players since last season to graduation — including his younger brother — he’s optimistic about this season.

Coming off of winning the Gopher Conference two years in a row, Lundberg said the Panthers should be able to finish near the top of their conference and compete for a sub-section title.

“We have the guys who could do it,” he said.

A state tournament berth is always a goal, too, but Lundberg said his constant focus with coaching is to play a positive role in his players’ lives.

“Getting to interact with kids… being someone they can look up to,” are what he likes most about coaching, he said.

The Panthers get their season started Friday when they host St. Peter.

Interesting fact: coached his own brother, Benji Lundberg, when he was in ninth and 10th grade