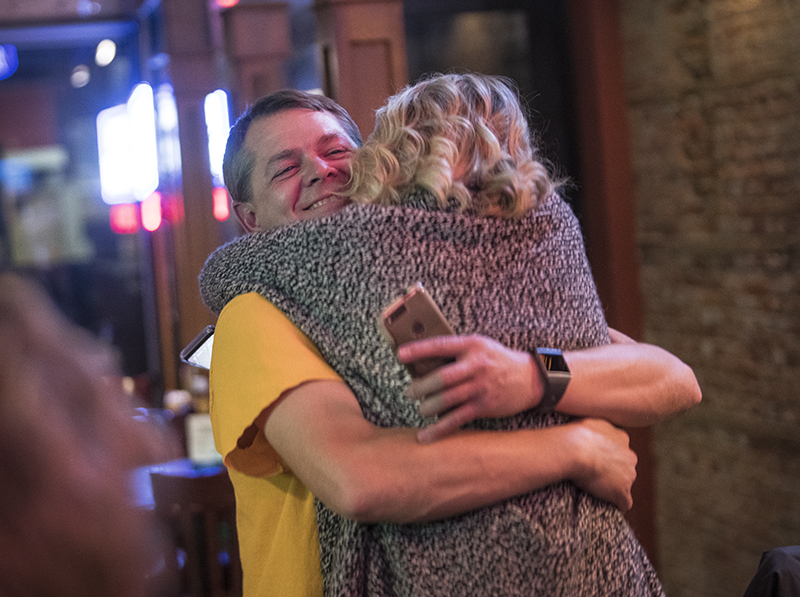 Albert Lea Mayor Vern Rasmussen Jr. celebrates with his wife, Marilyn, after finding out he was re-elected Tuesday while watching results with supporters at 112 on Broadway. - Colleen Harrison/Albert Lea Tribune

Marin won in all wards except for Ward 1, where Rasmussen won by 470 votes. Marin captured 118 votes more than Rasmussen in both wards 5 and 6.

“I’m excited about the whole process,” Rasmussen said. “It’s been a great opportunity for our community to speak about the things that are important to us. It speaks volumes to me that the city supports what we’re doing.” 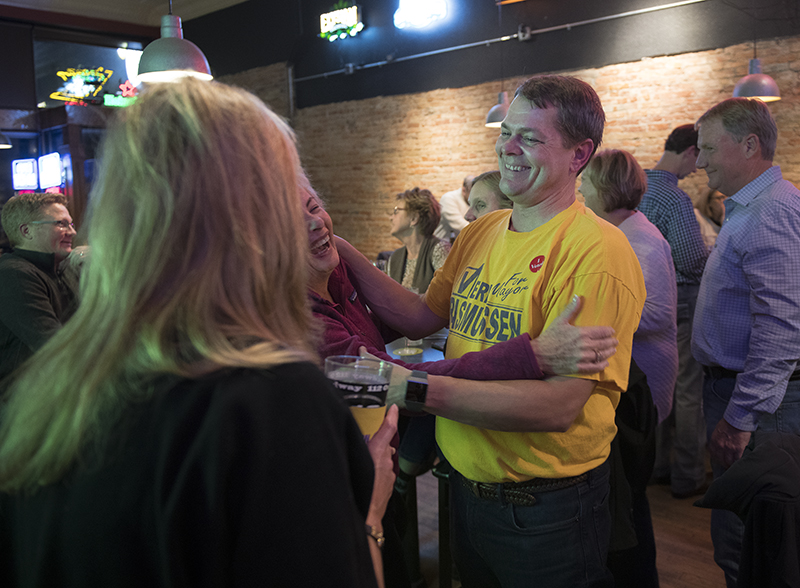 He said he plans to focus on the positive that has happened in the community in the last few years as he moves forward.

Rasmussen was first elected to the Albert Lea City Council in 2004 as the 1st Ward councilor. He served in that capacity until 2010, when he was elected to his first two-year term as mayor. He was re-elected in 2012 to a two-year term and 2014 to a four-year term.

Rasmussen stated during the campaign season that the top issue facing Albert Lea is growth. He said the city needs to evaluate how it can create chances for industries and businesses to build in Albert Lea and spoke highly of the city’s 10-year financial management plan. 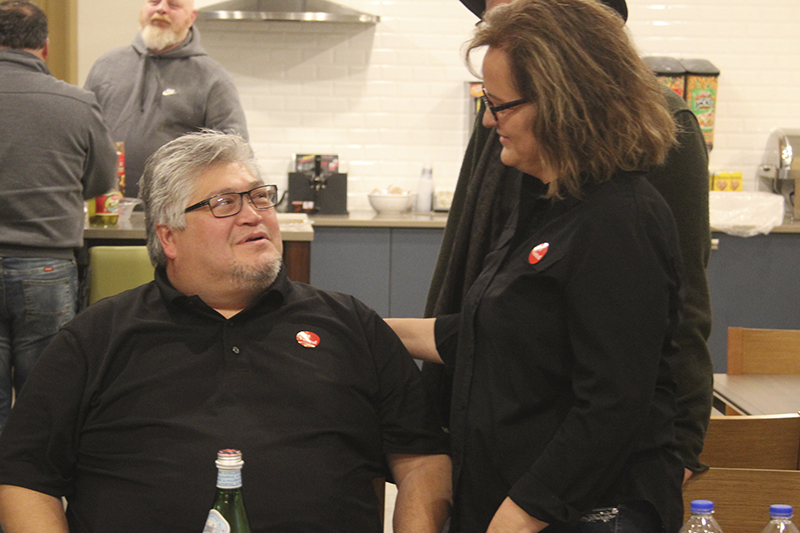 Some of his other goals include reducing flooding, increasing the tax base and continuing a positive business climate to encourage business growth and entrepreneurship.

He congratulated Rasmussen and thanked voters, adding he plans to continue to serve the community.

Marin campaigned on improving the city’s business environment and speaking out against Mayo Clinic Health System’s decision to transition most inpatient services to Austin. 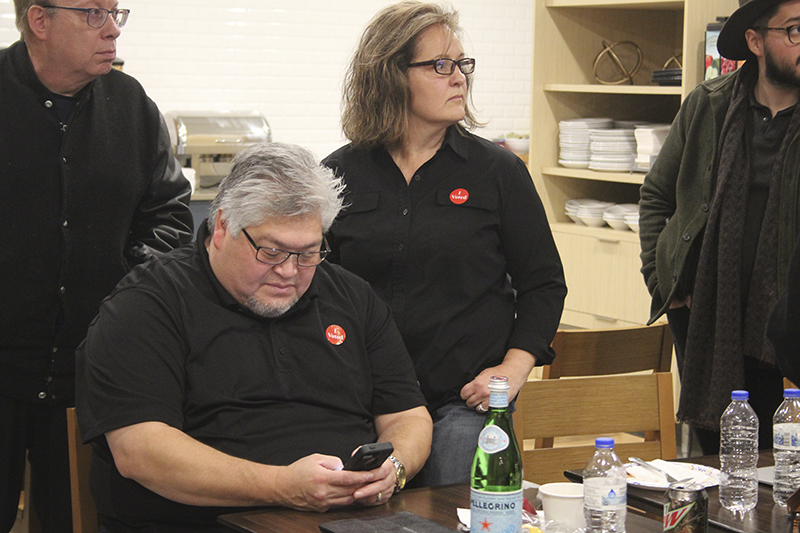 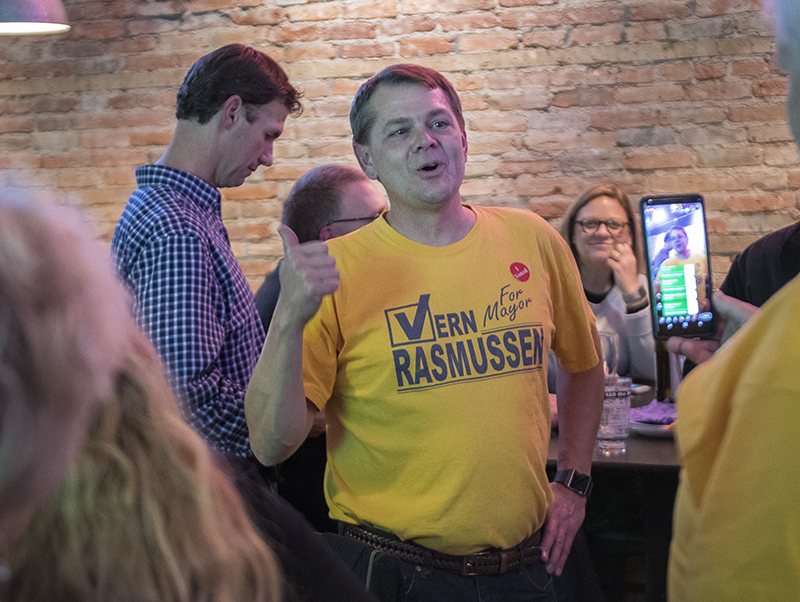