Released killer is now a fugitive 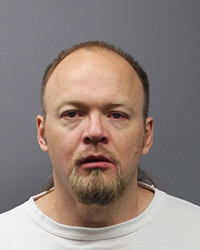 The Department of Corrections said 40-year-old Joshua Hendrickson was released from the St. Cloud prison last year after serving about 18 years for fatally stabbing Christopher Nelson and injuring a second man. The stabbings happened at a house party in Halma.

The agency said Hendrickson, of Karlstad, was placed on supervised release after he got out of prison and has been a fugitive since last week.