Funeral services for Ronald L. Hagen will be at 2:30 p.m. Friday at First Lutheran Church in Albert Lea. The Rev. John Holt will officiate. Visitation will take place one hour prior to the service. Burial will follow the service at Hillcrest Cemetery. Ron passed away Wednesday, Oct. 31, 2018, at Good Samaritan Society of Albert Lea. He was 79. 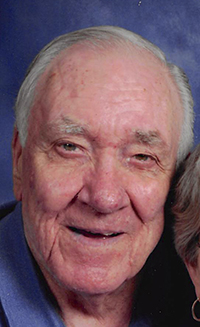 Ronald Lloyd Hagen was born Jan. 27, 1939, in Albert Lea to Leonard and Hannah (Madsen) Hagen. He was born and raised in Albert Lea. After graduating from Albert Lea High School he went to work for Interstate Power, working in the service department. He would retire after nearly a 40-year career with the company. When he wasn’t working, you could often find Ron volunteering with the Eagles club. He served many roles throughout his time with the Eagles.

Ronald was united in marriage to Judith (Kleven) in 1961 at the Methodist church in Alden. To this union, the couple was blessed with three sons: Jeff, Brad and Steve.

Ron was a simple man. He enjoyed watching his children grow up and going to their events, as well as his grandchildren’s activities when they came along. Ron liked doing yardwork. He also enjoyed quiet time in front of the television or listening to WCCO Radio. Ron cherished moments spent with his grandchildren, often teasing and poking fun with them.

Ron is preceded in death by both parents; and a sister, Rebecca Hagen.