Shopper, Renewable Energy Group are businesses of the year 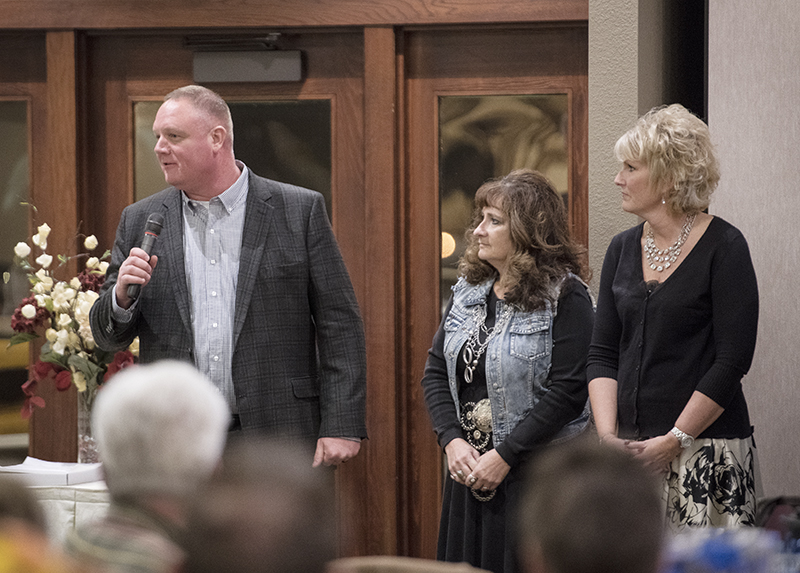 The Freeborn County Shopper and Renewable Energy Group were named businesses of the year Thursday at the annual Albert Lea-Freeborn County Chamber of Commerce membership celebration at Wedgewood Cove.

The Freeborn County Shopper, named Small Business of the Year, was awarded for its involvement in numerous community events, including the Walk to End Alzheimer’s, Albert Lea Anglers, Youth for Christ, Rock ’n’ Roll the Lakes, figure skating and hockey clubs, promoting the Farm Family of the Year and donating prizes to the annual chamber meeting, among other efforts, said chamber Executive Director Rhonda Jordal.

The Shopper’s general manager, Julia Thompson, has been on the chamber board for six years, and sales manager Sara Thelen has been an Ambassador, Jordal said.

“Some people say print is dead,” Thompson said after receiving the award. “Some people are wrong.” 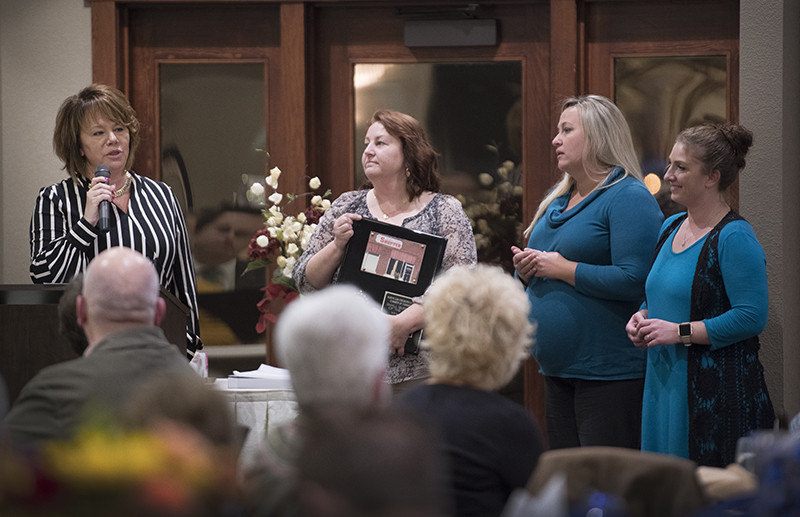 Renewable Energy Group, named Medium Business of the Year, was awarded for its commitment to the communities where its employees live, Jordal said.

Some of the efforts the business has been involved in include Take a Kid Fishing, the Glenville volunteer fire department, the Alden-Conger supermileage team, Albert Lea robotics, Glenville Days and the American Legion Riders, among others, she said.

Plant Manager Mike Chandler said the company is happy be a part of the community and the chamber. He credited the company’s employees.

Jordal named Catherine Buboltz, sales and marketing director at Thorne Crest Senior Living Community, who also serves on the chamber board of directors, as Volunteer of the Year.

Jordal said Buboltz has “a wonderful heart” and is caring and willing to help when needed.

Melissa Barr was named Ambassador of the Year.

Kathy Leidal, who presented this award, said Barr is deserving and works hard in her Ambassador role.

Kim Nelson, who has served as chamber board president the last year, recognized Steve Waldhoff, former chief administrative officer of Mayo Clinic Health System in Albert Lea and Austin, as the recipient of the Lifetime Achievement Award.

Waldhoff, who is now retired, came to Albert Lea in 1996 and has served on the chamber board, including two terms as president, Nelson said. He has been involved in numerous other organizations, as well, including the Albert Lea Port Authority, the United Way of Freeborn County, the Kiwanis Club and the Riverland Foundation Board, and has been a supporter of lifelong learning.

He was unable to attend the meeting.

A Large Business of the Year award was not presented this year.