Take a peek inside Christmas 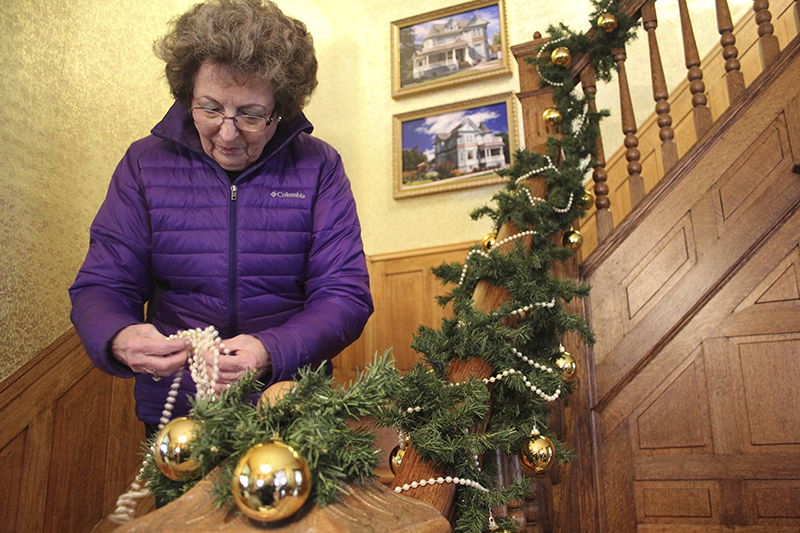 Volunteers decorate the 1901 Victorian House in Lake Mills on Monday. The home, managed by Lake Mills Area Historical Society, is one of five stops for the Dec. 7 tour of homes. - Sarah Kocher/Albert Lea Tribune

Lake Mills homes offer a look during Tour of Homes

LAKE MILLS — Four more houses have opened up their decked halls to the community of Lake Mills for this year’s Tour of Homes.

Hosted by Lake Mills Area Historical Society, the tour selects four new homes annually to be featured alongside the 1901 Victorian House managed by the society. For the second year, the show will be in the evening, from 5 to 7 p.m., so hosts can show off both the inside and outside of their homes.

“It’s well-received and puts everybody in the Christmas spirit,” Lake Mills Area Historical Society president Pat Young said. “I mean, we have well-decorated — I mean, super houses that’ll have Christmas everywhere, and we have lightly decorated Christmas homes. I mean, it’s whatever they want.”

This is the sixth year the Lake Mills Area Historical Society has put together the Tour of Homes. The event operates as a fundraiser for the society. 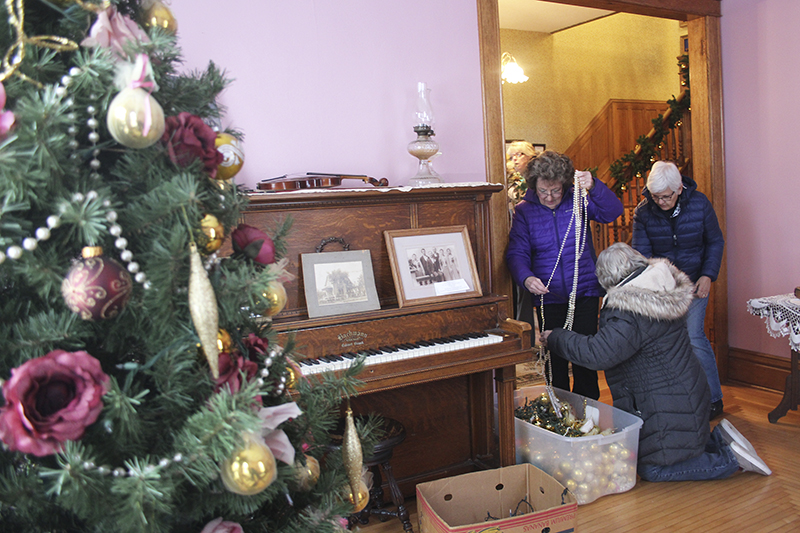 The 1901 Victorian House has been part of the Lake Mills Tour of Homes for the past six years. The home is decorated for the season and is also where those who purchase tickets can eat a light supper. – Sarah Kocher/Albert Lea Tribune

Last year, the Tour of Homes brought in approximately 55 people — a number that is relatively consistent, Young said.

The group actively begins looking for potential hosts in September.

“Every year we struggle to find people to open up their houses,” Young said.

Historical Society member Su Evans said the event is a chance for her to scope out what other people are doing with their Christmas decorations and to get inspired for her own. Evans joined just under 10 people in decorating the 1901 Victorian House Monday morning in preparation for the event.

The Victorian House is included every year in the tour, Young said. This year, in addition to the house itself, those who go to the home can also see Jan Anderson’s “Dolls of the Past” collection.

“We like to have an attraction at the Victorian House as well,” Lake Mills Area Historical Society member Bonnie Rodberg said. 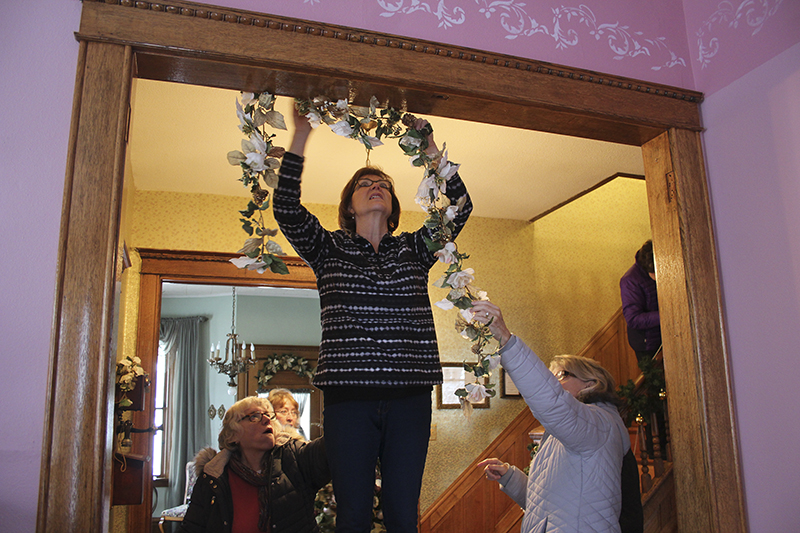 Those who participate in the tour of homes will also be fed Victorian-era sandwiches, a Victorian bread pudding, rosettes, Christmas cookies, coffee and apple cider.

Evans said the event is intended to encourage community.

“Its community involvement with being able to see each other’s homes, get into them — just welcoming the community, which is our main purpose of having this (Victorian) house: just have a gathering space for the community,” she said.

Tickets are $15. Homes involved in this year’s Christmas Tour of Homes will have a lantern outside to help identify them as participants. They include: 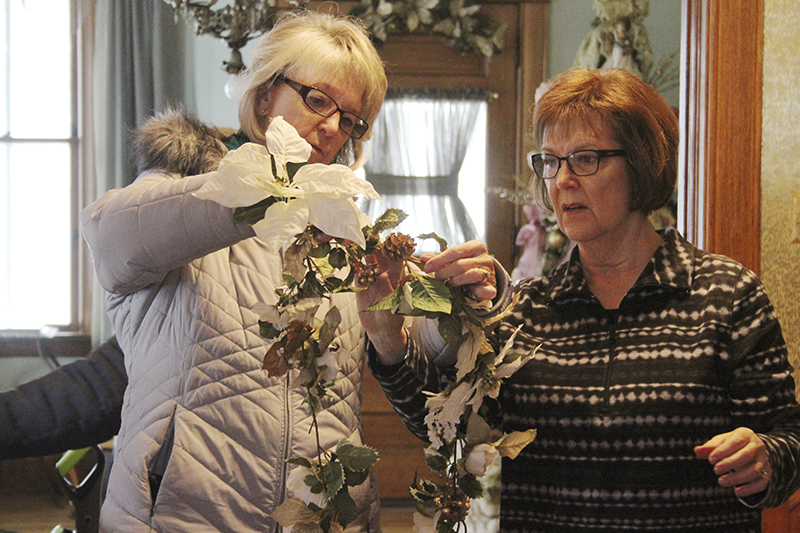 A garland is pieced together for a threshold decoration in the entryway. – Sarah Kocher/Albert Lea Tribune

What: Lake Mills Tour of Homes

How much: tickets are $15 and can be purchased at any home the night of the tour 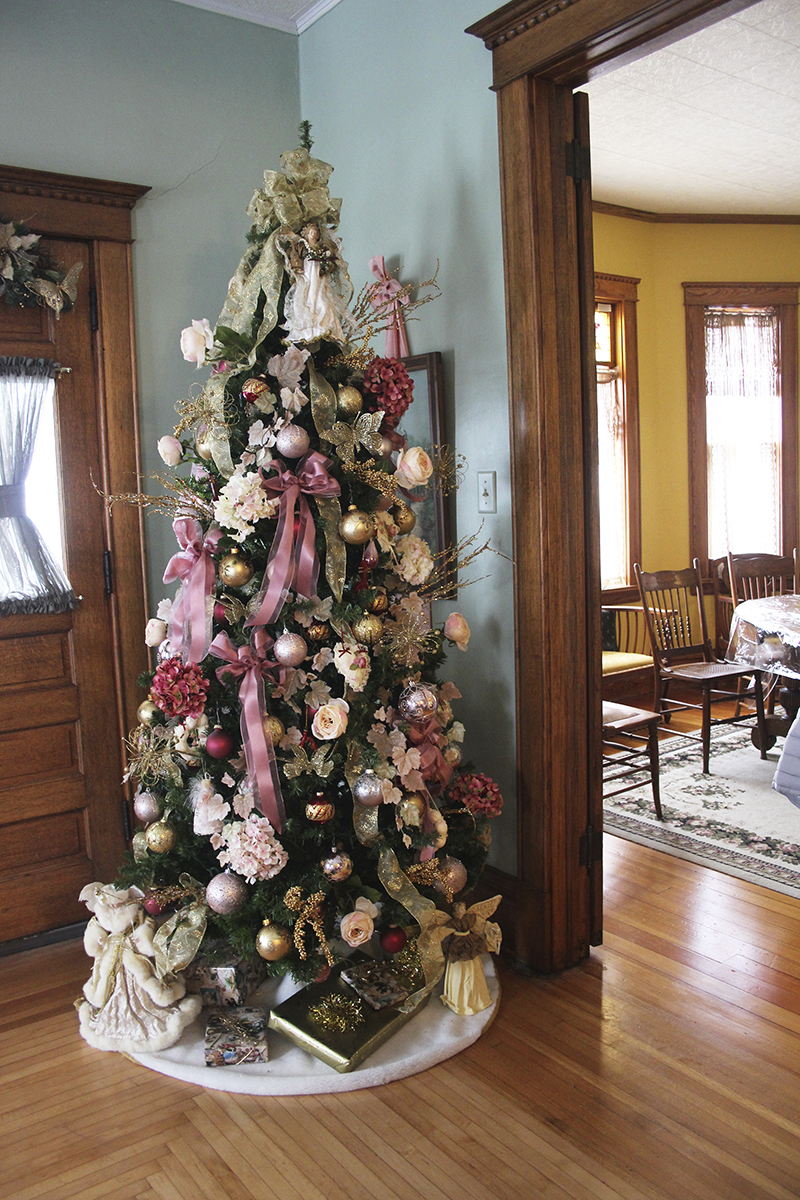 The Christmas Tour of Homes includes four other locations in addition to the 1901 Victorian House. – Sarah Kocher/Albert Lea Tribune