Memorial services for Terry Floyd Krueger of Albert Lea will be at 2 p.m. Saturday at Trinity Lutheran Church in Albert Lea. The Rev. Eileen Woyen will officiate. Visitation will be from 4 to 7 p.m. Friday at Bonnerup Funeral Service and one hour prior to the service at the church. Interment will be in Graceland Cemetery. Military honors will be accorded by Albert Lea area veterans organizations. 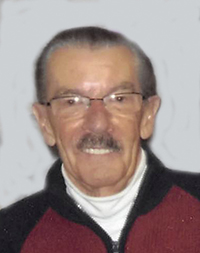 Terry was born July 22, 1943, in Mankato, the son of Floyd and Evelyn (Pierce) Krueger. He was a graduate of Albert Lea High School in 1961. He was united in marriage to Pearl Covert, who preceded him in death.

Terry worked for Wilson & Co. for many years, and managed the Albert Lea Moose Club and the Veterans of Foreign Wars. He retired from Mayo Clinic Health System in Albert Lea.

He was a volunteer firefighter for Albert Lea Township, a member of Trinity Lutheran Church, and enjoyed playing golf and anything sports related — especially the Minnesota Vikings and Twins. His favorite pastime was always telling jokes.

He was preceded in death by his parents and former wife, Pearl.