The heart of every home 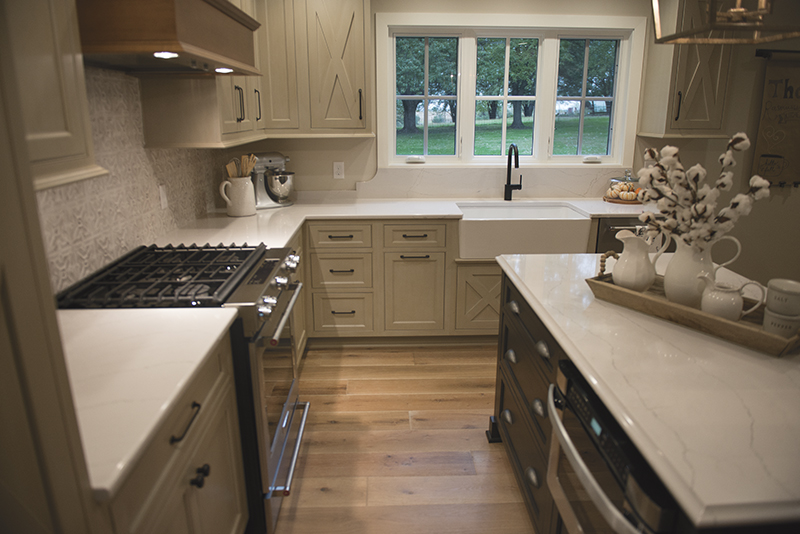 Designer puts skills to use in renovating kitchen

Employed at Broadway Home Design, she works with top of the line brands, including Cambria, StarMark and Bertch, among several others.

Though most of the time she is working on other people’s projects, she said it was fun to put her design skills to use this year when renovating her own home with her husband, Trevor Rasmussen. 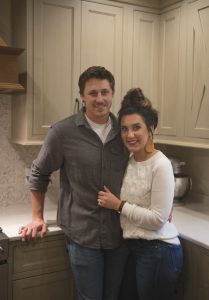 Kristen and Trevor Rasmussen have been married over a year. – Colleen Harrison/Albert Lea Tribune

The couple, who married in September 2017, has been busy making updates to their home, including doors, windows and siding on the exterior, and the flooring and the kitchen on the interior.

They joked that the house, which Trevor Rasmussen bought seven years ago before they were married, was a “bachelor pad for many years,” until Kristen Rasmussen came into the picture with a background in design. Little by little, they have renovated the house, turning it into a more modern home with future family goals in mind.

“Basically we took an old house that was inexpensive and customized it for us,” she said.

The home offers an open floor plan from the front door with the kitchen, dining and living room area all in one large room with white oak hardwood floors spanning all of the rooms.

Kristen Rasmussen said she designed the kitchen with materials sold through her workplace, including cabinetry, flooring, countertops, backsplash and hardware.

“The kitchen is the heart of every home,” she said. “It’s the place where the best conversations are had, the loudest laughs are made and some of the yummiest memories happen.” 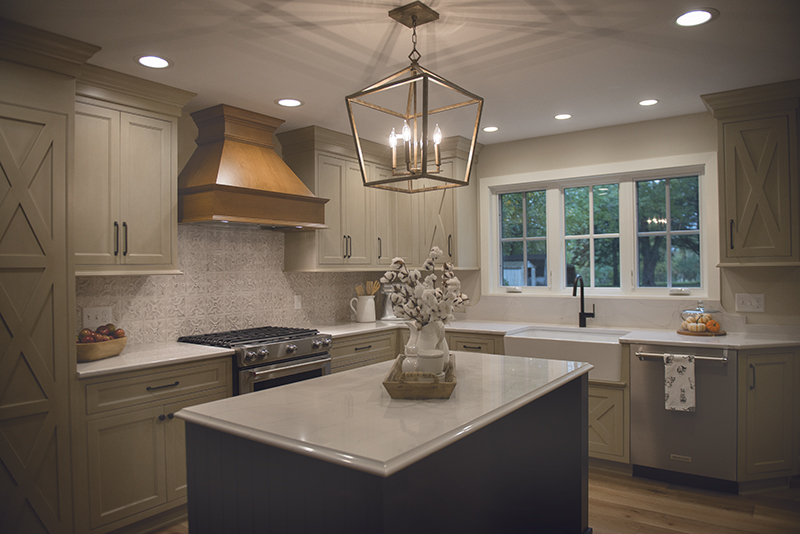 She said she enjoys making these things come to life for her customers and has enjoyed doing it in her own home, as well.

The cabinets around the perimeter of the room are a warm gray with a custom brush stroke finish, and the island cabinets are graphite-colored with an ebony glaze and include what she described as “old-world distressing,” which includes rounded corners, knife cuts and worm holes on the cabinets. 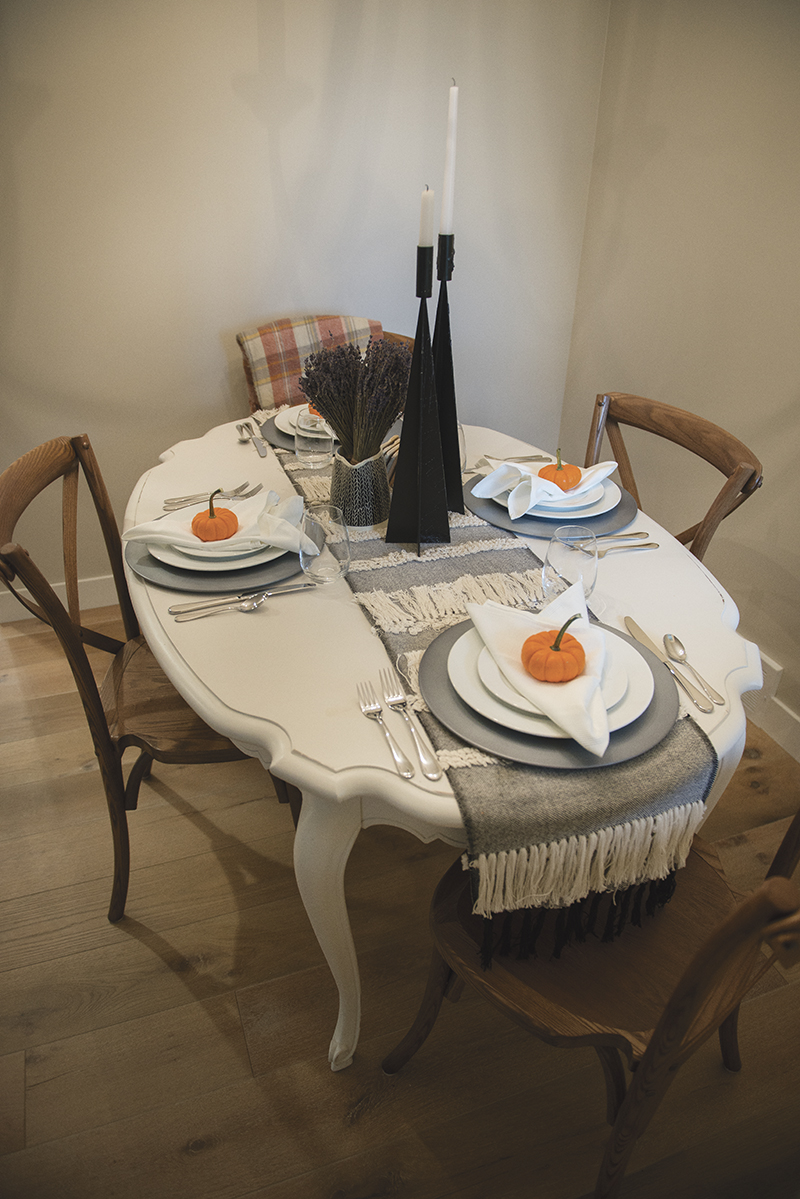 Kristen Rasmussen said she would eventually like to turn the dining area into a breakfast nook with bench seating. – Colleen Harrison/Albert Lea Tribune

The hood is stained oregano with a chocolate glaze.

“That’s one thing I like to tell customers — don’t be afraid to do things outside of the box,” she said. “The more fun things you add, the more custom your kitchen looks.”

In addition to mixing metals, she mixed her door styles on the cabinets for accents. 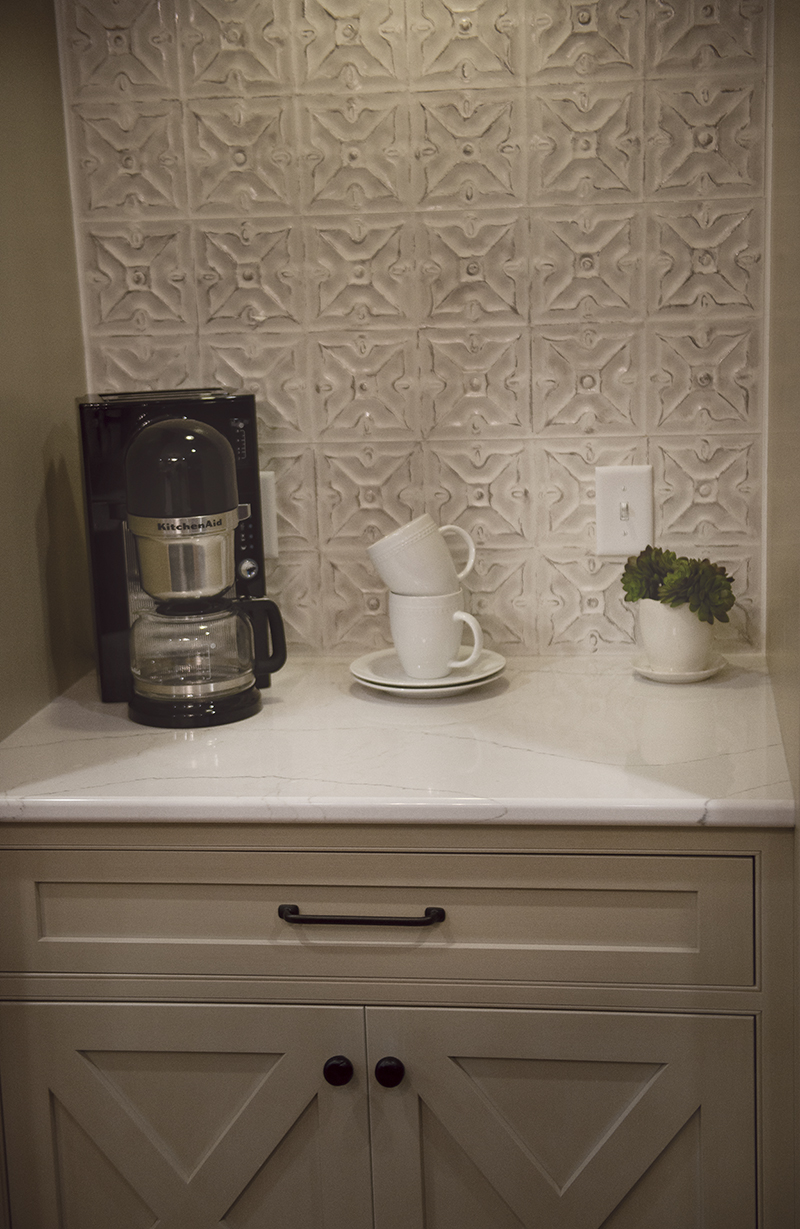 All of the Appliances are from Sorenson’s Appliance & TV in Geneva.

Along with having good visual appeal, the kitchen is functional and features more storage than it did previously, including a walk-in pantry that was once a hallway.

The couple said all of the renovations took about five months, and they lived there while the construction was ongoing.

Now that the kitchen is complete, they plan to move on to another project. 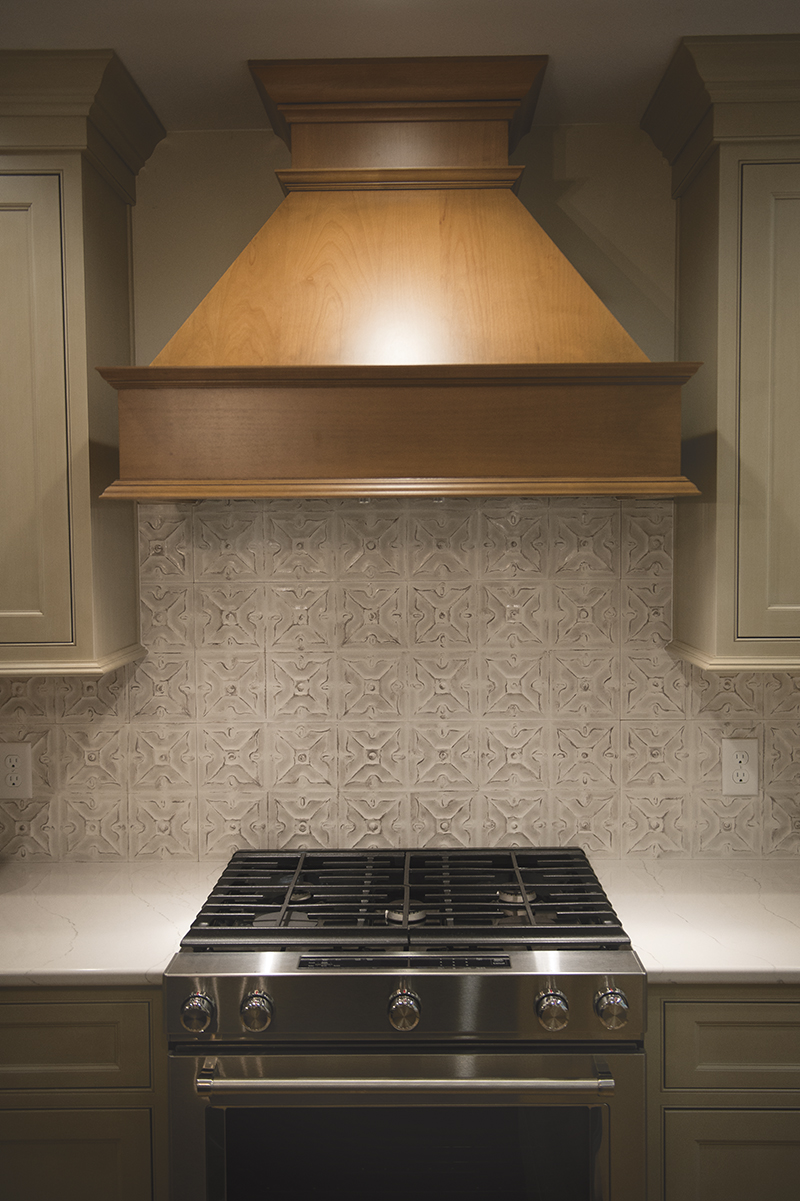 Three different paint colors were selected for the kitchen: one for the cabinets, kitchen island and the range hood. – Colleen Harrison/Albert Lea Tribune

The couple said they started dating in high school.

Kristen Rasmussen graduated from Iowa State University with a degree in fashion merchandising and design and interior design. After living in the Twin Cities area for a few years, she said they got engaged. She moved back to Albert Lea and started working at Broadway Home Design in April 2017.

She said her father-in-law mentioned to Jess Richards, one of the owners of Broadway Home Design, that his daughter-in-law would be moving home and of her background in design.

She said she came home one weekend and met with Richards at The Interchange Wine & Coffee Bistro and has been with the company ever since.

“I love it,” she said. “It was a godsend. I didn’t know what I’d do in Albert Lea with my background.” 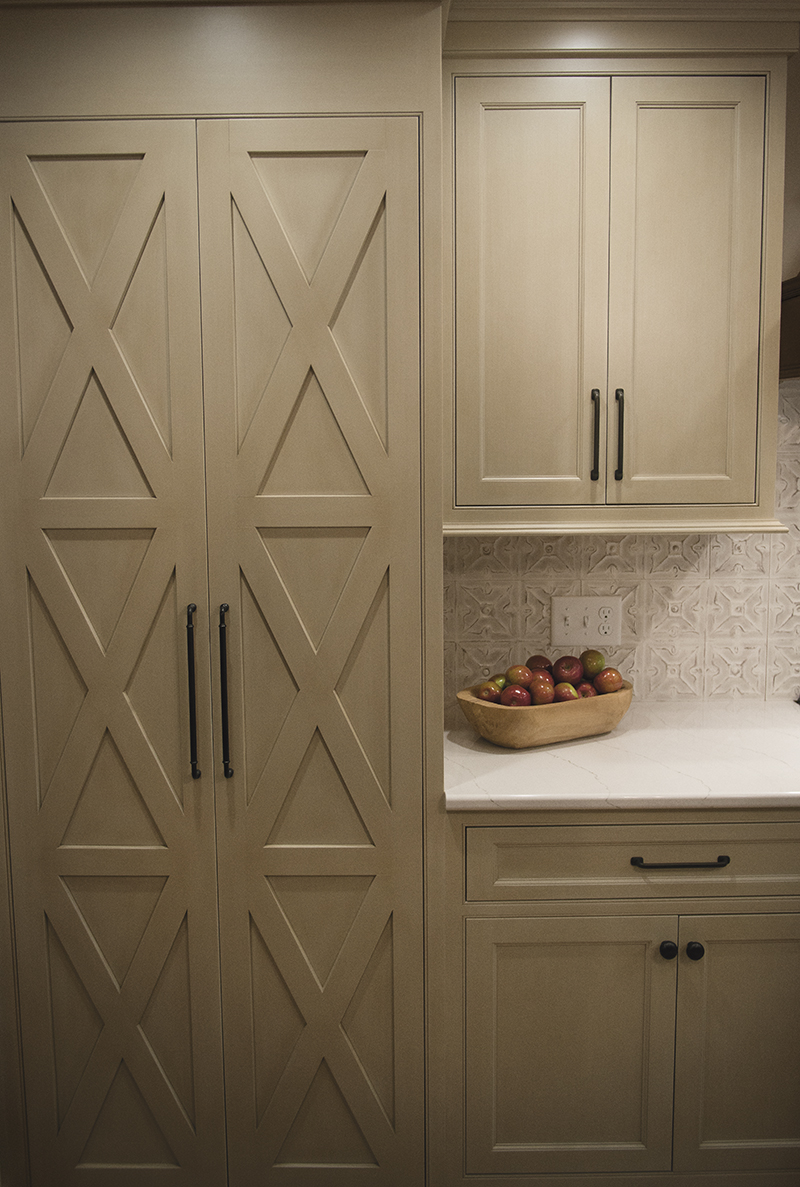