‘Tis the season to shop 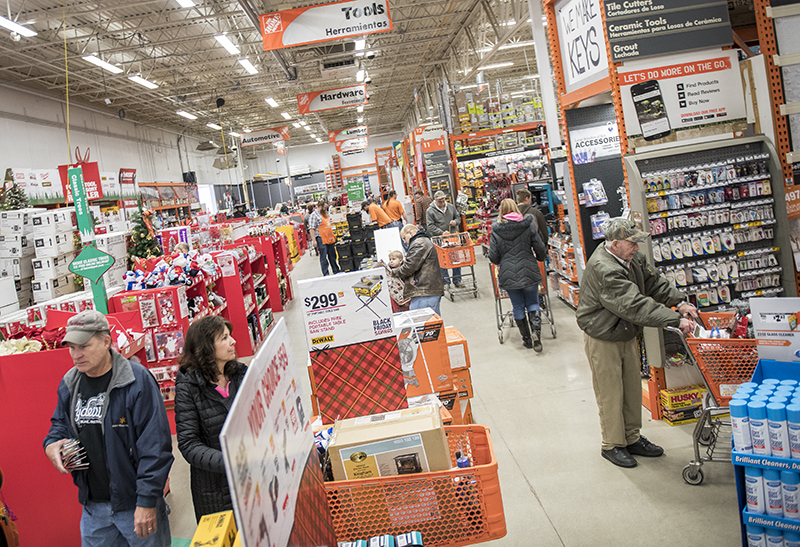 Albert Lea residents took part in Black Friday shopping, a day that was marked by large crowds across the U.S.

Andrea Thompson purchased a Christmas wreath Friday morning at Shopko in Albert Lea, a store that opened at 2 p.m. Thursday and offered a number of deals.

“I shopped here quite a bit and saw some of the ads, so I figured I would come out and see if there is anything else I need,” she said.

Thompson said she usually shops on Black Friday and tries to shop locally “because we have a local business in town, and I figure I better shop here, too.”

Albert Lea resident Joan Heitmeyer, who also shopped at Shopko, said she did business there to support Albert Lea.

“I just want to keep it in the hometown, otherwise we are going to be a dead town if we don’t keep it alive and keep some stores going here,” she said.

Tana Christensen of Alden was shopping with her four children Friday morning at Shopko.

“We were just in town, so we thought we would stop here quick because one of them needs a pair of pajamas,” she said.

A number of Albert Lea stores offered Black Friday deals. Walmart had sales starting at 6 p.m. Thursday and offered 65-inch televisions for less than $400. Verizon Wireless opened at 6 p.m. Thursday and conditionally offered up to $200 off any smartphone or tablet with the purchase of two accessories per device.

Shoppers lined up outside the Mall of America by 4 a.m., and the crowd had swelled to 3,000 people by the time doors opened at 5 a.m.

Brick-and-mortar stores have worked hard to prove they can counter the competition from online behemoth Amazon. From Macy’s to Target and Walmart, retailers are blending their online and store shopping experience with new tools like digital maps on smartphones and more options for shoppers to buy online and pick up at the stores. 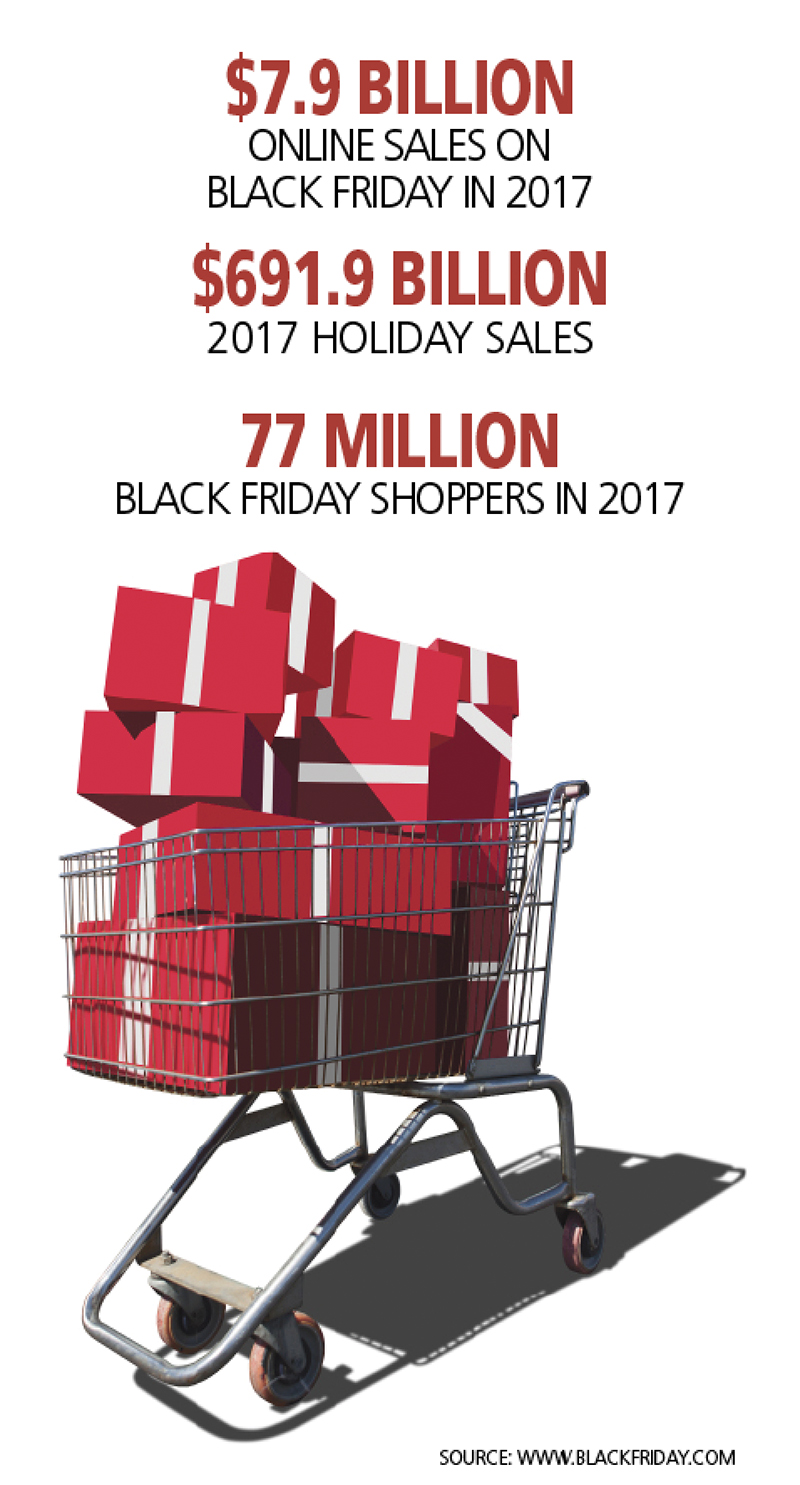 “Business is up compared to last year, as in the sales are higher per hour versus last year,” she said.

The holiday shopping season presents a big test for the U.S. economy, whose overall growth so far this year has relied on a burst of consumer spending. Americans upped their spending during the first half of 2018 at the strongest pace in four years, yet retail sales gains have tapered off recently and the pace of homebuying has fallen outright. The sales totals over the next month will be a good indicator as to whether consumers simply paused to catch their breath or if they feel slightly less optimistic about the economy in 2019.

The National Retail Federation, the nation’s largest retail trade group, is expecting holiday retail sales in November and December — excluding automobiles, gasoline and restaurants — to increase as much as 4.8 percent over 2017 for a total of $720.89 billion. The sales growth marks a slowdown from last year’s 5.3 percent, which was the largest gain since 2010. But the figure is still healthy.

The retail economy is also tilting steeply toward online shopping. Over the last 12 months, purchases at non-store retailers such as Amazon have jumped 12.1 percent. Meanwhile, sales at traditional department stores have slumped 0.3 percent. Adobe Analytics, which tracks online retail spending, reported Thursday that Thanksgiving should reach a record $3.7 billion in online retail sales, up 29 percent from the same year ago period.

Black Friday itself has morphed from a single day when people got up early to score doorbusters into a whole month of deals. Technology has also made it easier for shoppers to slip in and out of the crowds.

By mid-day Friday, there had not been widespread reports of the deal-inspired chaos that has become central to Black Friday lore — fistfights over discounted televisions or stampedes toward coveted sale items.

Two men at an Alabama mall got into a fight, and one of the men opened fire, shooting the other man and a 12-year-old bystander, both of whom were taken to the hospital with injuries. Police shot and killed the gunman. Authorities have not said whether the incident was related to Black Friday shopping or if it stemmed from an unrelated dispute.

— The Associated Press contributed to this report