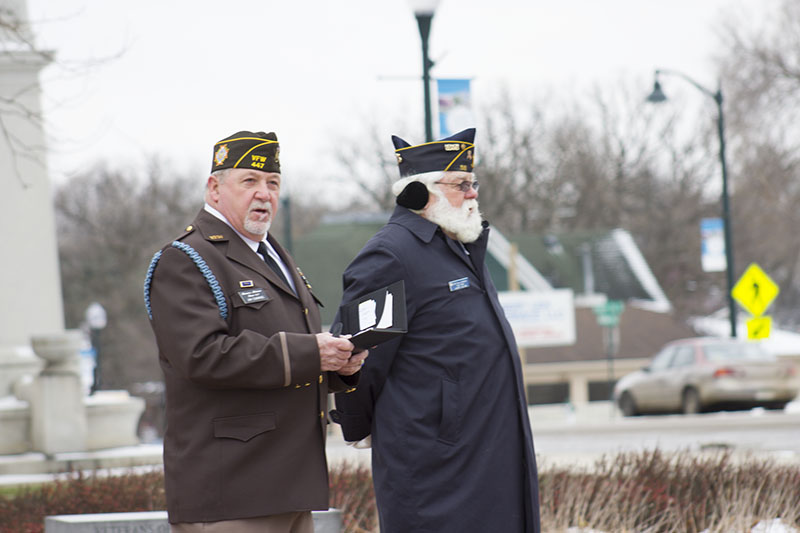 U.S. military veterans were honored during a brief ceremony Sunday outside the Freeborn County Government Center in recognition of Veterans Day.

The ceremony included brief remarks and the presentation of flags by members of the Albert Lea American Legion. The ceremony was planned by Veterans of Foreign Wars Post 447.

She said honoring veterans is important.

“Without veterans, we wouldn’t even have a country — certainly wouldn’t be a free country like we have now,” Luedtke said.

She said she is proud to be a veteran.

“I’d do it in a heartbeat again if I was younger,” she said.

Her son, Daniel Luedtke, attended boot camp during the same period as his mother. She was stationed in Fort Jackson, South Carolina, while he was at Fort Leonard Wood, Missouri. 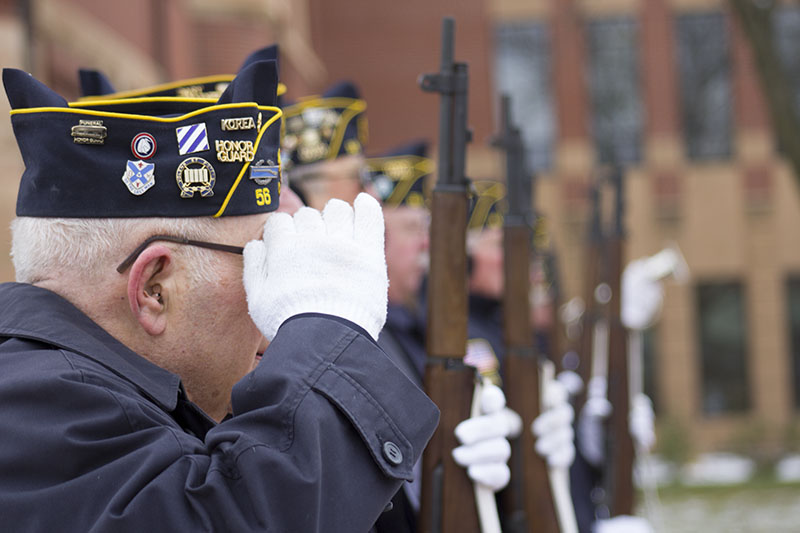 World War II veteran Ruth Perry, who also attended the ceremony, served in the Air Force for more than 20 years, beginning in 1944. She worked at the postal service and was a first sergeant.

She was first stationed at Fort George Wright in Spokane, Washington.

Perry said she planned to go to college in 1948, but re-enlisted in the military after a discussion with a professor.

“When the professor told me all of the things I couldn’t do, I went down to the recruiter and re-enlisted,” she said.

She served a three-year tour during the 1950s at a small Air Force base in Germany.

Perry, who helped set up sporting activities for soldiers on the base, remembered the destruction of German bridges caused by World War II and the friendly people she worked with.

“It was nice serving with people,” she said.

“I enjoyed it very much.”

During her career, Perry was also stationed in Colorado Springs, Colorado; San Antonio, Texas; and bases in Illinois. She retired in the mid-1960s as a tech sergeant.

“We did it because we wanted to, the love of our country,” she said.

“It’s the greatest country there is. It beats all others.”