A woman charged in a domestic incident was placed on probation for two years Wednesday in Freeborn County District Court. 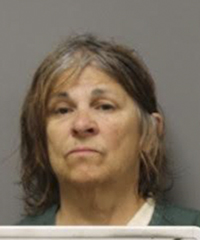 While on probation, Boggess is subject to random drug and alcohol testing for one year. She is expected to remain law-abiding, undergo domestic abuse counseling and treatment and follow other court requirements.

Court documents state Boggess was charged after officers were dispatched July 28 to an Albert Lea address on a report of a woman yelling for help.

When police arrived, the alleged victim said he and Boggess got into an argument, and officers saw red marks on his upper left chest and side of his neck.

Court documents state the victim said Boggess attacked him and pointed to scratches on his chest and neck.

Boggess was sentenced to 90 days in jail. Of that, 88 days were stayed and she was given credit for two days served.

Boggess was originally charged with second-degree assault, but that charge was reduced.

In a separate file, Boggess was charged with misdemeanor domestic assault, but that charge was dismissed.