A Big Nine heartbreaker for the Tigers 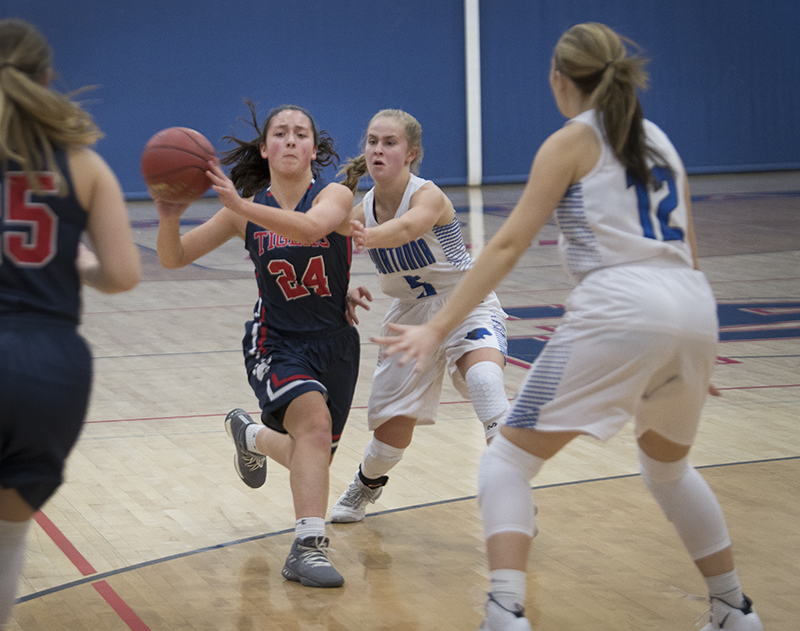 The Albert Lea girls’ basketball team hosted Owatonna Friday night in a back-and-forth battle in the Big Nine Conference, with each team looking to pick up its second win.

Despite trading the lead throughout much of the game, the Tigers weren’t able to sustain their energy in the final minutes, falling to the Huskies 54-47.

The Tigers wasted no time scoring the first points of the game, using a quick pass from the tipoff to freshman Taya Jeffrey, who was waiting under the hoop for an easy lay-in.

After a defensive stop, freshman Annika Veldman got on the board with a short jumper, followed by a free-throw from freshman Jordan Juveland, giving the Tigers a 5-0 lead through the first minute of play. However, the Huskies would storm back to take a 6-5 lead just a few possessions later.

Albert Lea, which has struggled with the full-court press in the past, was able to break Owatonna’s press with relative ease. Junior Samantha Skarstad came up big in the first half, hitting some key three-point shots to keep Owatonna from pulling away. 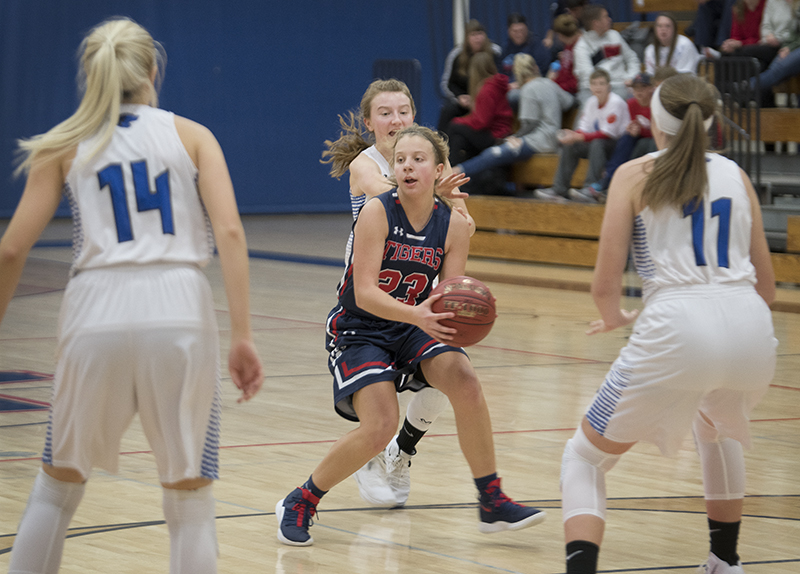 Both teams traded the lead through the rest of the first, neither team gaining more than a three-point lead over the other. With 30 seconds left to play and down one point, Juveland was fouled under the hoop and sank both shots at the free-throw line to take a 28-27 lead into the halftime break.

The Tigers used multi-pass possessions and a slow pace to control the game late in the half. Six Tigers scored points in the opening half. Skarstad led the Tigers at the half with 11 points, Jeffrey had six, Juveland recorded five, eighth-grader Kendall Kenis had three, Veldman two and sophomore Madi Fleek one.

The Tigers came out in the second half and jumped out to a three-point lead minutes in. But, once again, the Huskies powered back into the game with a 7-0 run to take a 37-33 lead. Skarstad sent a wave of momentum through the team moments later, hitting another three-pointer.

Albert Lea hit a few more shots to keep the team right at the heels of the Huskies, but the Tigers were never able to take the lead for themselves. Shooters were getting open, but were unable to hit their mark, ending the game in heartbreak for Albert Lea.

The Tigers were led in scoring by Skarstad with 20 and Jeffrey close behind with 12. Juveland added four more in the second half to total nine and Fleek, Veldman and Kenis had a combined six.

The Tigers fall to 1-4 on the season and have two more road games and one home game before Christmas break. Saturday they head to St. Paul for a game against North High School, followed by a trip to Mankato West on Tuesday, ending on Friday when they host Northfield.