A heartbreaker to start the season 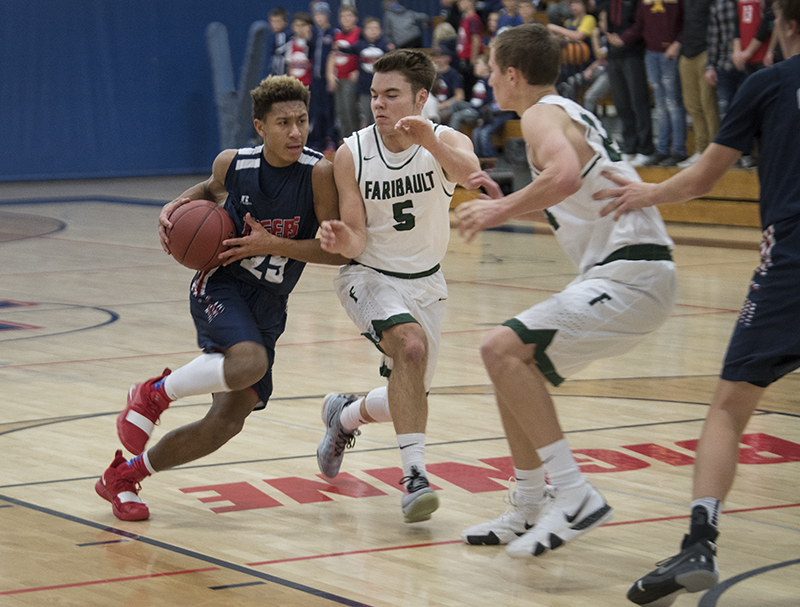 Despite playing a competitive game and being within striking distance late in the second half, the Tigers were unable to topple the Falcons, losing 61-52.

The Falcons got on the board in the first few seconds of the game, taking the tip and passing it right under the hoop for a score. It took a few possessions for the Tigers to find their first basket, but it came on an easy lay-in from junior Connor Veldman.

It was an offensive struggle for both teams after making their first shots. The Tigers had a relatively easy time getting to the hoop and getting open for shots, but they just wouldn’t fall.

Veldman was at work on the boards early, pulling in several rebounds on missed Falcons shots. The Tigers eventually got the cover off the rim when junior JJ Mucha-Owens hit a three to take a 5-4 lead. Junior Andrew Willner hit another three on the next possession to give the Tigers a four-point lead and a boost of energy.

After Faribault fought back to tie the game, senior Drake Dawson hit another big-time three to take the lead back for Albert Lea. 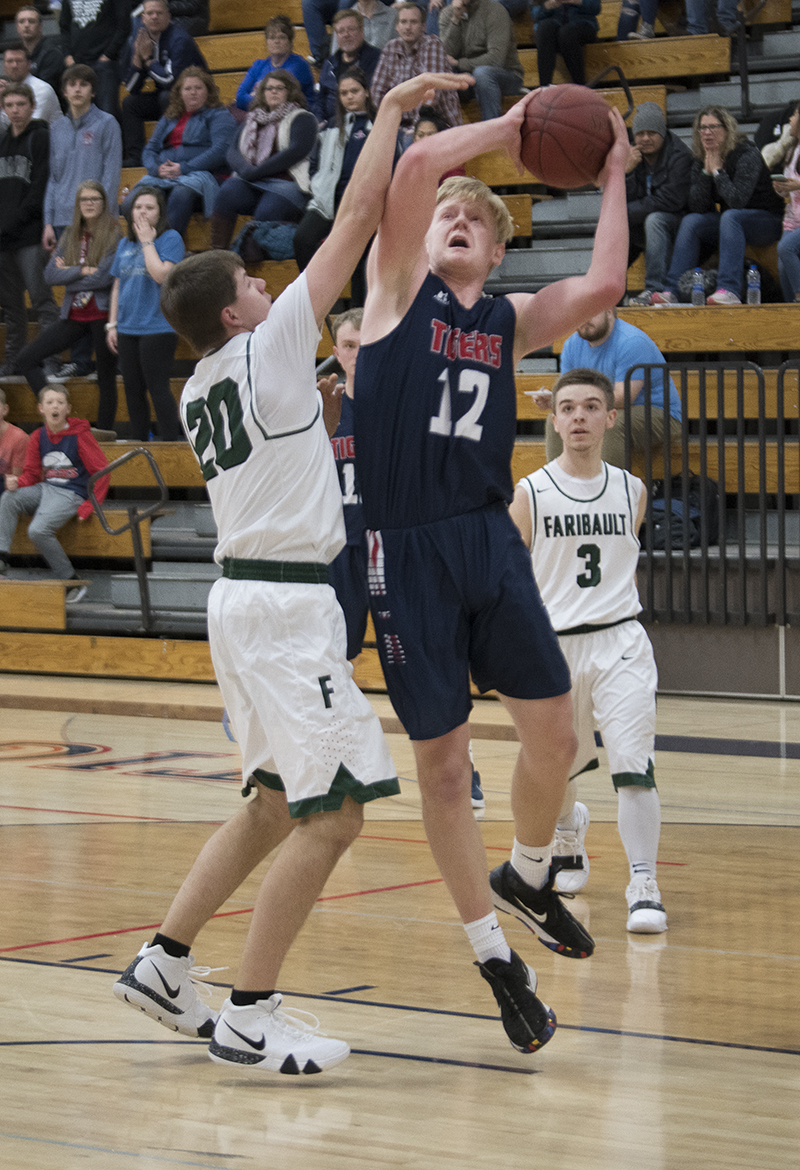 Both teams traded the lead back and forth for the majority of the remainder of the half. The Tigers would claw their way to a lead by as many as three points, but the Falcons came back to take a two-point lead just as the horn sounded for halftime. The Tigers trailed the Falcons 26-24 at halftime with six different Tigers getting on the scoreboard in the half. Senior Dylan Scherff led the Tigers with seven points.

Coming out in the second half, the Falcons went on an 8-0 run in the opening minutes. Back-to-back threes and an alley-oop lay-in had the Tigers on their heels. Dawson hit his second three of the game to try and keep the Tigers in it, but it was answered right back with a three from the Falcons.

Even though Albert Lea struggled from the field after the Faribault scoring spurt, the defense toughened up to keep the Falcons at bay for a short while. A clutch shot from junior Caden Gardner and an offensive board and put-back from Veldman put Albert Lea right back into the game.

Gardner came up big a few possessions later, coming up with back-to-back steals leading to baskets and pulling the Tigers back to within two points. The Tigers defense held strong, giving the offense multiple opportunities to tie the game or take the lead. However, that momentum-swinging shot never came.

Faribault got out to a seven-point lead with around one minute to play before Albert Lea started to foul. Albert Lea came closer, but Faribault hit a majority of its free throws to keep the Tigers just far enough back.

The Tigers were led in scoring by Veldman with 17 points; Scherff finished with 16, Wilner and Dawson each tallied six, Owens had four and Gardner had three.

The Tigers fall to 0-1 to open the season and will play again Tuesday when they host the Winhawks of Winona.