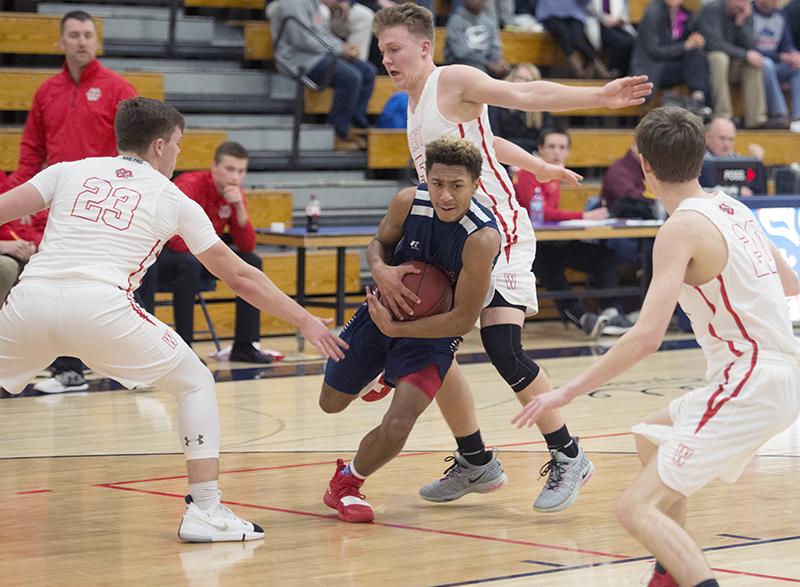 Tigers boys’ basketball rallies, but runs out of time vs. the Scarlets

Coming off a record-breaking night, Albert Lea senior Dylan Scherff and the rest of the boys’ basketball team hosted Mankato West in search of their first win of the season.

Despite a good showing from multiple Tigers and a huge comeback attempt late in the game, the Tigers just ran out of time in the end, dropping a heartbreaker to the Scarlets 75-74.

After scoring a school-record 48 points Friday night, Scherff kept riding that huge wave of momentum to start the game Tuesday, scoring the first eight points for the Tigers. The Scarlets were forced to call a timeout not even three minutes into the game, down 8-4 to try and slow Scherff’s charge.

Out of the timeout, JJ Mucha-Owens kept the scoring going with a converted and-one opportunity, giving Albert Lea an 11-4 advantage. Mankato West wouldn’t be held down for long, however, going on a 16-3 run, using precise shooting and stout defense to stall Albert Lea.

The Tigers got a couple shots from junior Danbiel Nhial and senior Parker Andersen to keep the game within reach, but the Scarlets continued their offensive barrage with multiple three-pointers. 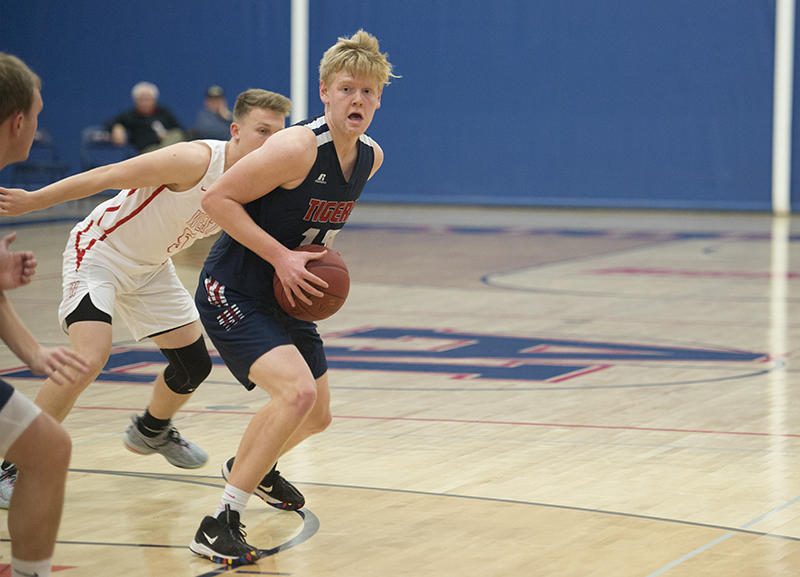 Scherff would get hot again before the end of the half, hitting back-to-back threes to bring the Scarlets lead back down to single digits. Mucha-Owens also had a few clutch baskets to close out the half.

A big positive for the Tigers in the first half was their free throw shooting, making all six of their attempts from the line. They also benefited from multiple players contributing offensively. Six different Tigers got onto the scoreboard in the half. Scherff led the Tigers with 16 points, while Mucha-Owens had seven. Andersen and junior Andrew Willner each had three, and Nhial and senior Drake Dawson had two a piece.

Mankato West led Albert Lea 43-33 as the teams went to the locker rooms for the halftime break.

The Scarlets came out in the opening to a 7-0 run, pulling away to a 17-point lead. Mucha-Owens stopped the Tigers scoring drought with a pair of free throws three minutes into the half.

Junior Chay Guen gave a boost of energy to the team by going on a 5-0 run himself, but the damage had largely already been done. Just when it seemed like Albert Lea was going to lose by double digits, in stepped Mucha-Owens to lead a momentous comeback attempt.

Down by 14 with less than four minutes left in the game, Mucha-Owens took over, connecting on a three-point basket, an and-one opportunity, two free throws and two easy layups to bring the Tigers within two points of the Scarlets, 72-70 with 1:23 remaining.

Mucha-Owens missed two free throws that would have tied the game, and the clock drained to 34.2 seconds after Mankato East made the most of their free throw attempts. Mucha-Owens got sent to the line again, where he made one of two.

With new energy, Albert Lea seemed poised to take over the rest of the game. Down 75-71 with 20 seconds to go, Albert Lea came up with a big steal, but still trailed by two possessions. Senior Spencer Doyle hit a three with little time on the clock and time expired before the Scarlets could inbound, ending the Albert Lea comeback one point short.

The Tigers fall to 0-5 on the season and will play again Thursday, when they hit the road to face the Raiders of Northfield.