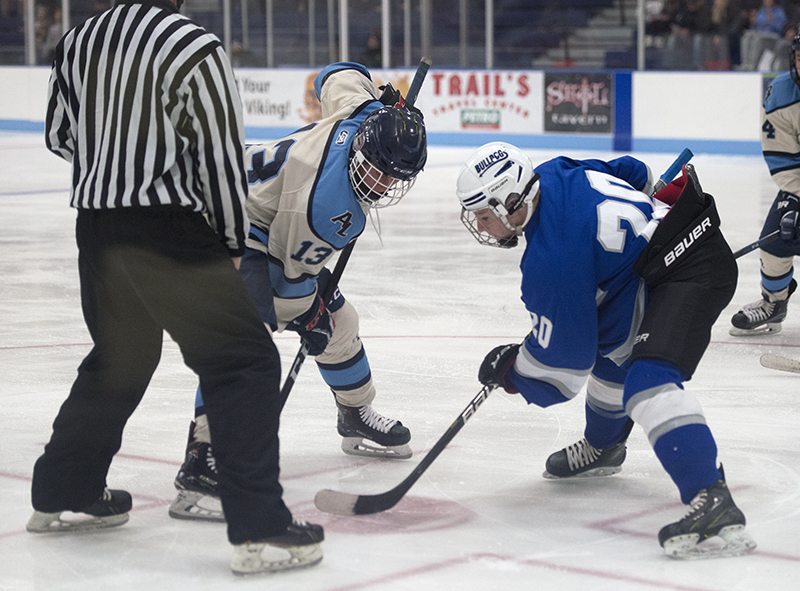 After a getting out to a shaky start to the season, the Albert Lea boys’ hockey team hosted Minnesota River Tuesday night hoping to right the ship.

Despite a 1-3 record, the Tigers have shown they are more than capable of playing with anyone on their schedule so far, as all three of the team’s losses have come by just one goal — and two of them in overtime. Their lone win came in dominating fashion over Winona/Cotter, 8-1.

However, the Bulldogs would be no pushovers Tuesday night, entering the game with a 5-1 record.

Minnesota River showed why it has a high win count, as the team scored the first goal of the game less than four minutes into play. The Albert Lea defense found its footing for a short while after the goal, but a penalty on sophomore Spencer Clark put Albert Lea on the wrong end of a power play. Minnesota River capitalized on the opportunity, scoring a goal with 3:30 remaining in the period to take a 2-0 lead.

Before the period was over, Tigers junior Hayden Johnston was penalized for tripping. However, the Bulldogs couldn’t find the net on the power-play chance, ending the first period 2-0 in favor of the Bulldogs.

As of press time, the score remained 2-0. For final game stats and results check with Thursday’s edition of the Tribune.