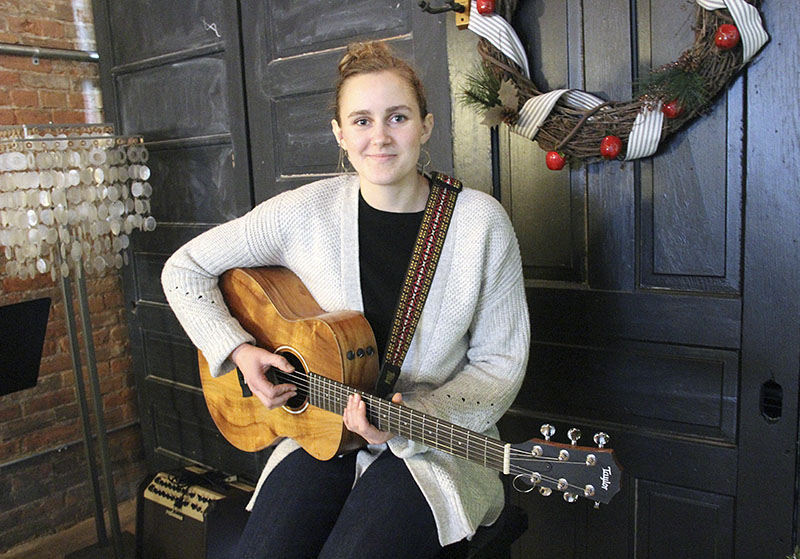 Chloe Hope has become known in the community for performances at Wind Down Wednesday and at The Interchange Wine & Coffee Bistro. Sarah Stultz/Albert Lea Tribune

An Albert Lea native who is beginning to make a name for herself in the local music scene says her passion for music started young.

Though she didn’t grow up with any professional singers in her home, Chloe Hope said she recalls her mother singing around the house and her brothers playing a lot of music — such as DC Talk and U2. As she got older, Switchfoot and its lead singer, Jon Foreman, were a big influence, and today she is influenced by singer-songwriters Regina Spektor and Madison Cunningham.

Hope, 21, said she got more involved with music herself when she began singing at the age of 7 and started playing the piano when she was 10 — followed by the guitar a few years later.

She took piano lessons for about four years and then took a break from formal lessons until she went to college. She was homeschooled and graduated in 2015 and then attended a semester at McNally Smith College of Music, along with Riverland Community College. She graduated with her associate degree in 2018. 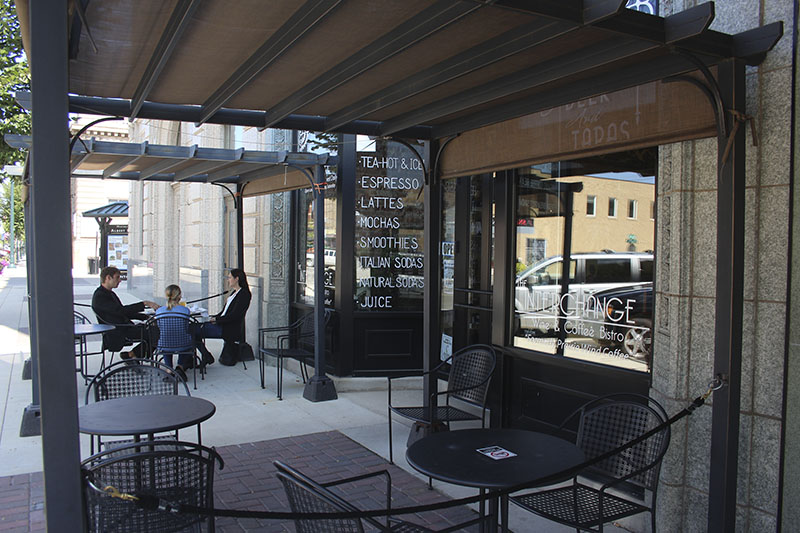 Chloe Hope works at The Interchange Wine & Coffee Bistro and is known for performing there on various Friday evenings. – Sarah Kocher/Albert Lea Tribune

She describes herself as a mix of a singer-songwriter who has an alternative folk style and said she performs half original songs and half covers.

At McNally, she released a five-track album titled “The Hollow,” which she said can be found on listening radio apps such as Spotify and iTunes.

Hope has performed at The Interchange Wine & Coffee Bistro for the past few years, playing occasional Friday evenings, she said. She also works part time at the establishment.

In addition to the performances at the Interchange, she has performed at Wind Down Wednesday, Thursdays on Fountain and at private events such as weddings, funerals and business events.

She recently has started reaching out to venues in the Twin Cities and the surrounding area to perform.

“I’ve been hearing really good stuff,” she said. “People come up to me and say, ‘I enjoy what you played.’”

She said many tell her she sounds similar to other artists they grew up with.

Though she would love to record another album, she said right now she is busy writing songs.

She is still exploring where she wants to take her music in her life — whether she wants to pursue it full time or whether it will be more of a hobby.

For now, all she knows is she will continue with her passion — and that is writing lyrics and songs.