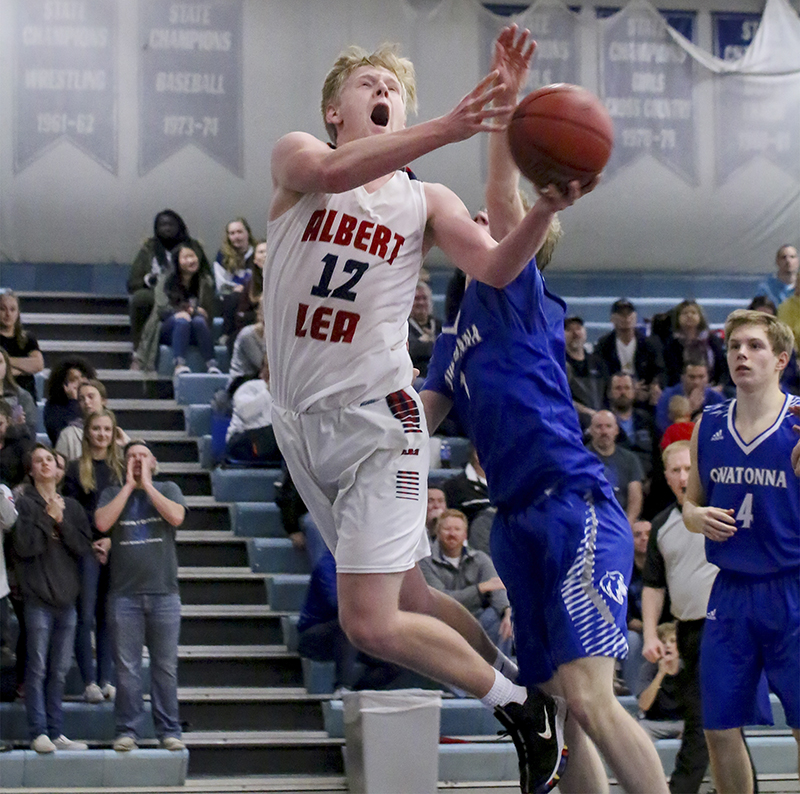 Albert Lea senior Dylan Scherff goes up for a layup Friday night against Owatonna. Despite an overtime loss, Scherff led the Tigers with a school-record 48 points. - Provided

The Albert Lea boys’ basketball team traveled to Owatonna on Friday looking for its first win of the season.

Despite taking the Huskies to overtime and a record-breaking night from senior Dylan Scherff, the Tigers came up just short, falling 91-86.

Scherff posted a career-high and new Albert Lea school-record 48 points, surpassing the previous mark of 43 set by Albert Lea great Ben Woodside. Scherff got it done in regulation time without needing overtime to break the record.

“Honestly, I wasn’t really thinking about it when it happened,” Scherff said. “I was more focused on trying to get the win more than anything. Later in the night, when my teammates told me about it, it was pretty surreal.”

Scherff said before the game, he could tell his shot was feeling good, but gave all the credit to his teammates for getting him open with screens and unselfish play.

Albert Lea is on the verge of getting its first win of the season, playing closely in nearly all of its games so far.

“We had a huge commitment in the summer,” said head coach Luke Novosad. “It was great, we had 15-20 guys in here during the summer…They just gelled during that time and realized that they can play with a lot of people. It’s taking a few games, but were taking that step both individually and collectively.”

The Tigers are now 0-4 on the season and will play again Tuesday against the 1-3 Scarlets of Mankato West.