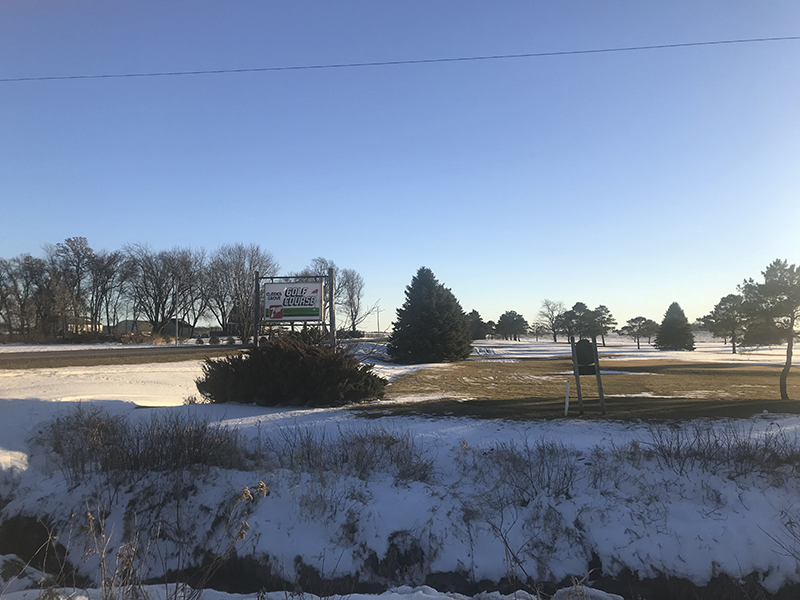 CLARKS GROVE — Sometimes a change is in order. John Tenneson of Clarks Grove has felt that way for awhile.

“I’ve been looking for ways to get away from the automobile repair business,” said Tenneson, owner of Omni Automotive.

“When you think of auto repair, no matter how much somebody likes me, even if it’s my own family, they really don’t want to see me at my shop. You’re usually dealing with people with repairs that are for unexpected amounts more than their daily budget can handle.”

He took his first steps by purchasing Budds Christmas Tree Farm — now The Evergreens — at the beginning of 2017. He took another step in September of this year when he purchased Clarks Grove Golf Course.

Tenneson said the former owner of the course came to him about the property.

“They were down to the last minute of the foreclosure,” he said. “It was either sell it to somebody for a little or walk away with nothing.”

He said there were only hours to spare between when he closed on the course and when the bank would have taken possession of the property.

While the decision was made over a matter of weeks, Tenneson knew he could balance his new businesses well.

“It fits really well with our other business, because both businesses are seasonal and yet there is no conflict between the two,” Tenneson said, noting that planting, mowing, pruning and weed and pest control at the tree farm can be done around the schedule with the golf course.

He also has the benefit of his experience as a mechanic.

Tenneson said one of the major expenses of both of his new ventures is maintenance of equipment, which is an expense he should be able to reduce. This in return could make it possible for him to turn a profit. The busy season at the tree farm will also come after the golf course closes for the season.

Tenneson plans to modernize the golf course’s clubhouse a bit before reopening for the season. He also wants to get a level 2 food license so he can serve frozen pizza, frozen sandwiches and soups at the course, as well as alcohol.

“I think a lot of small improvements here will draw a lot of people back who have left and gone to other smaller golf courses,” he said.

While he doesn’t necessarily want to have a full bar at the establishment, it is his hope that in five to 10 years he can replace the current clubhouse structure with a major rebuild, which could host events such as wedding receptions and graduations.

Tenneson said the family-oriented golf course he plans to run will be open to hosting tournaments, women’s leagues, youth programs and golfing lessons, among other activities.