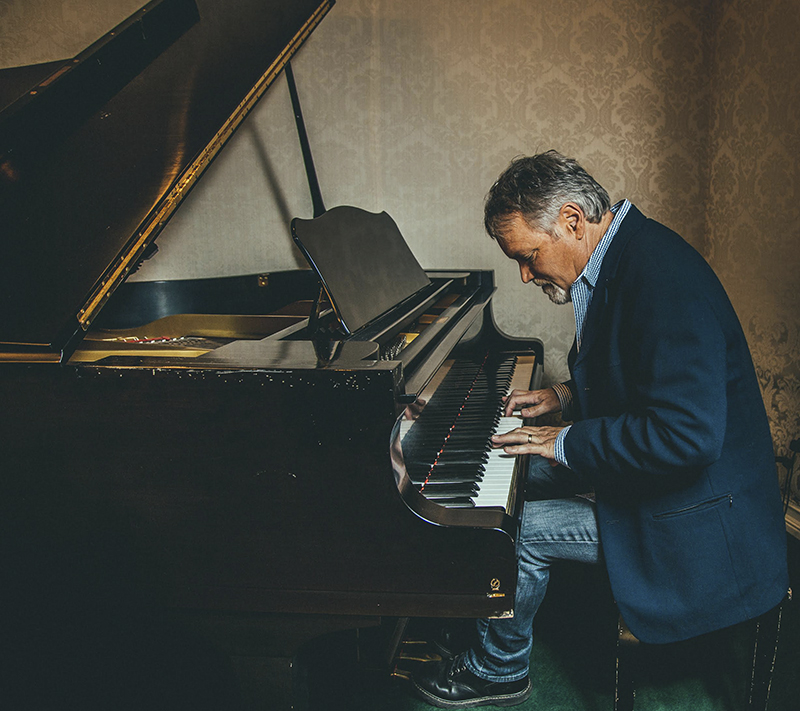 Berry has performed his annual “Christmas Songs and Stories with John Berry” for 22 years, though this is his first performing in Albert Lea. Provided

Though country singer John Berry has changed a few things about the show for the 22nd annual Christmas tour he will bring to Albert Lea, for his audience, it’s all new.

“We love that,” Berry said.

This is Berry’s first time bringing “Christmas Songs and Stories with John Berry” to Marion Ross Performing Arts Center, where he will perform at 7 p.m. Tuesday. The show will include music from his newest album, “Thomas Road,” as well as past hits — including chart-topping “Your Love Amazes Me” — and, of course, Christmas music.

“I love doing Christmas music … I mean, because it’s, for me, it is a personal thing about it because, you know, with Christmas being about the birth of Christ and the basis of my faith, so that’s my reason for doing it and a chance to share that and to do songs that, you know, lift up that point.”

Berry’s performance will also include stories of Christmas, ranging in time from when he was a child to when he had children. One of his children, now 24, serves as Berry’s drummer. He is also joined on stage by his wife, Robin.

“We’ve had a blessed life playing music together,” Berry said.

What music that is at Christmastime has to meet a certain criteria: “It’s just got to be songs I love to sing,” Berry said.

“What a beautiful song — oh my gosh,” Berry said.

Berry will also play “O Holy Night,” which he said he performs annually, as well as “Mary, Did You Know?” The audience may be surprised by Berry’s version of the latter, which he describes as traditionally tender and polite.

“Ours is very raucous,” he said. “It’s very big. … It just came together that way. I don’t know why, but it really did. It just felt right.”

Sometimes, he’ll run across a new one. Should Berry perform an encore, he plans to play “Let Us Be.” The song was written by a man who leads worship in a Tennessee church Berry’s son plays drums for. It made it onto Berry’s last Christmas album (simply entitled “Christmas” — “I’ve done so many Christmas albums I ran out of titles,” Berry said).

Also featured this year is Berry’s newly recorded “I Don’t Want to Rush This Christmas,” a reflection on shifting focus away from the shopping, the traffic and the noise surrounding Christmas.

“That’s not what it’s about,” he said. “It’s more about, you know, reconnecting with friends and deepening relationships with family. That’s what it’s about.”

Berry garnered attention in the 1990s when several songs landed on country music charts. He has one platinum and two gold albums.

“As far as John Berry goes, I just thought, you know, this is a rare chance to have somebody come here and I felt so fortunate that he called,” Lang said.

For Berry, the good fortune is the audiences he has been able to play for, he said.

“We just share songs and we share some stories and we just try to do it in a way that brings back great memories of growing up and having Christmas with family,” Berry said. “We’re hoping that by the time we leave, we’ll feel like cousins that you didn’t know you had.”

What: “Christmas Songs and Stories with John Berry”