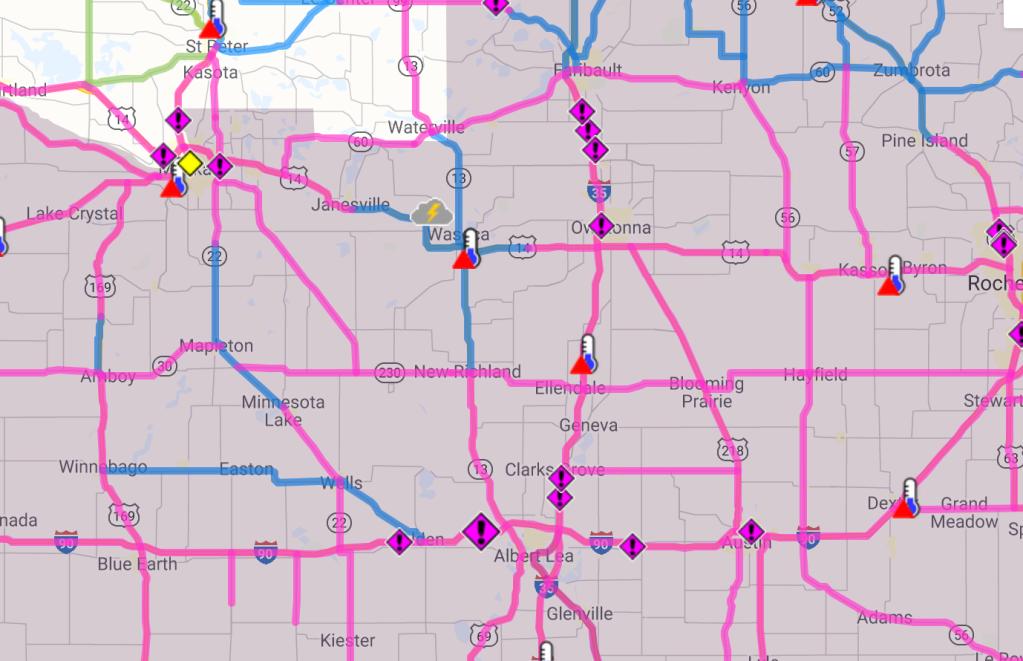 Roadways in Freeborn County were listed as completely covered in snow as of 2 p.m. Saturday, according to the Minnesota Department of Transportation. Provided

The Minnesota Department of Transportation has listed the highways traveling through Albert Lea and the surrounding area as completely covered in snow.

Freeborn County and much of southern Minnesota is under a winter weather warning through Sunday morning, as heavy snow is expected.

Snow will be heaviest during the afternoon with snowfall rates around 1 inch per hour possible. It will continue into Sunday morning. High winds could lead to blowing and drifting snow, making travel difficult.