Crescendo chef named one of best in Minnesota 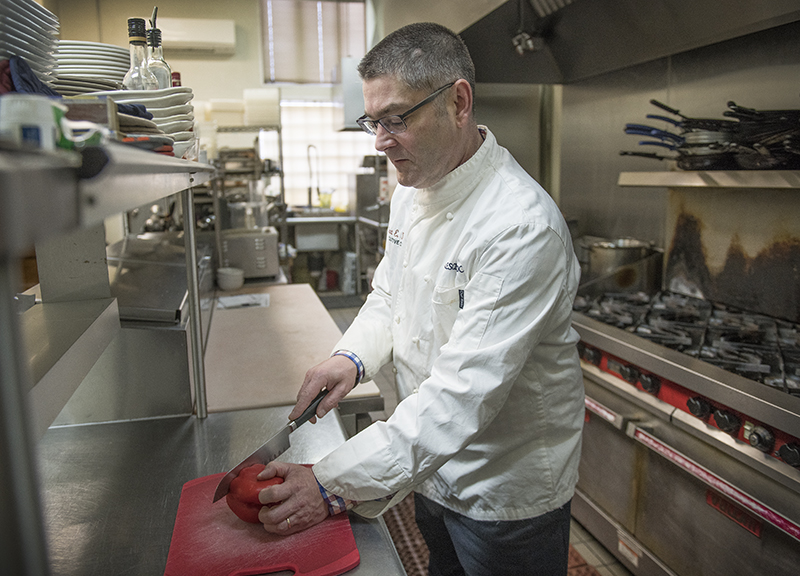 Crescendo's Bob Tewes was named one of the top nine chefs in Minnesota in an annual ranking by Foodservice News. - Colleen Harrison/Albert Lea Tribune

Tewes said he was honored to receive the recognition

An Albert Lea chef was named one of the top nine chefs in Minnesota in an annual ranking by a food service publication.

He noted how important the award is to him and placed credit for the award to other staff members at the restaurant, including 12 part-time workers and his wife, co-owner Patty Tewes.

“That’s what’s a real honor for having received the award, because it’s from my peers,” Bob Tewes said. “It wasn’t a competition that I entered, it was simply a blind call that came in saying, ‘You’ve been selected as one of nine chefs across the state.’”

This was the fourth year for the rankings. Tewes noted chefs from the metro area have typically been awarded.

“This time they decided to go outstate and celebrate some distinguished restaurants throughout the state,” he said. “So that’s why I was really honored and humbled by it, because there are some names on here and places I have actually been that I consider some of the finest restaurants in the state, so to be in that company feels really good.”

The accompanying article on the site describes Tewes’ full-time employment as music director at Grace Lutheran Church in Albert Lea.

After he is finished cooking at night, Tewes plays piano for restaurant-goers.

“They can make requests, and hopefully I can satisfy their requests that they made,” he said.

Since Crescendo opened in October 2001, Tewes said the restaurant has followed a California-style of cooking that integrates world cuisines with local available produce. The restaurant changes its menu every six to seven weeks.

“We were kind of ahead of our time for Albert Lea in terms of thinking that way,” he said. “It’s traditional recipes, but then with artful platings, so unexpected platings, a lot of color, a lot of pizzazz.”

“People just really rave about it,” he said.

Tewes noted Crescendo is an Italian word that signifies an increase in volume over time.

“We always wanted to expand it, expand the dream and make it more encompassing,” he said.

“It brings that connection,” he said.

On music, Tewes said he enjoys “how much music is a part of everybody’s life from beginning of life to the end of life.” He enjoys engaging people and helping discover and curate their musical abilities.

Tewes is a composer who produces between six and 10 mainly Christian pieces on a yearly basis.  He estimated he has a repertoire of a couple hundred music pieces from throughout his career.

He will provide the music for the wedding of his daughter, Ashley Tewes, next year. 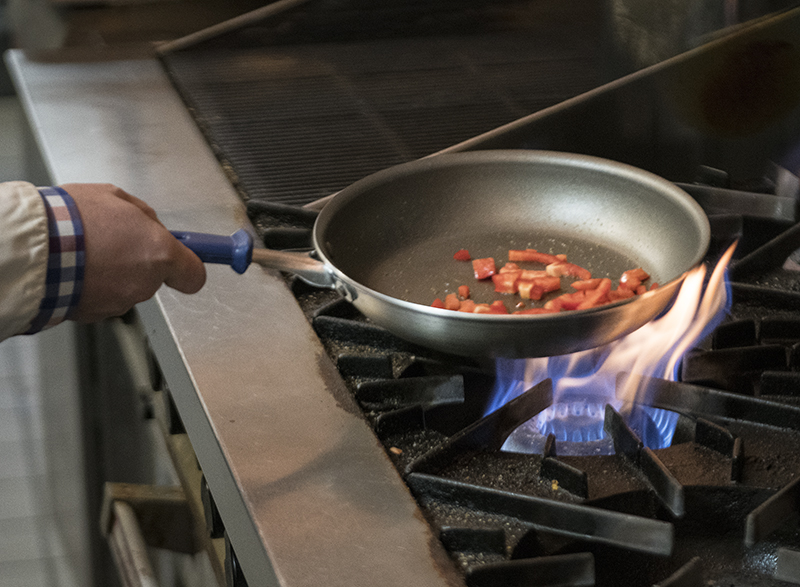 He noted Crescendo’s unique focus on the plate compared to regional establishments.

“Rochester, Minneapolis, those are pretty much the places you have to drive to to find something comparable,” Tewes said.

He said the food Crescendo serves is mainly from scratch.

“Mostly on the fly,” he said. “It’s not held in warmers or re-heated. It’s made as you order it. That freshness standard translates. Everything’s more tender, more flavorful.”

Tewes noted he has attended day-long seminars but mainly is a self-taught chef through studying and watching the chefs on The Food Network.

He noted a couple from LaCrosse, Wisconsin, eats at the restaurant to mark their wedding anniversaries, and another family from throughout the Midwest goes to Crescendo to mark their mother’s death.

“It humbles me when people invest that kind of energy, emotional, in the place, so we just want to make sure we always deliver the product,” Tewes said.

He noted the restaurant has grown attached to the lives of its customers from births to engagements and weddings to deaths.

“We’ve kind of become the family table, just acting out all the different stages of life in many different ways, and it’s really cool,” Tewes said.

He noted the restaurant received a favorable review from the Minneapolis Star Tribune during its early days.

“That opened up for us a lot of traffic through the place,” Tewes said.

He said faith has played an important role in his life.

“It’s the guiding hand that pulls you through situations where perhaps your anxiety or your doubt would limit your vision,” Tewes said. “Like the vision for this place, I probably had many reasons for it not to succeed, but I always was getting reassuring nudges and winks that I was definitely going in the right direction.”

Tewes spoke of the satisfaction he felt when he changes the lives of others.

“It makes you feel affirmed in your faith, but also that you’re giving to other people as well,” he said.

“I share that gift of food and I share the gift of music at the church, and then receive gifts that other people bring to me.”

“It’s not a high-volume operation,” he said. “… We think that it’s a very consistent experience of the people that come. And so it’s within our ability to maintain a quality standard by not overtaxing ourselves.”

The other eight chefs and owners on the list are the following: