Providing ‘a place to go’ 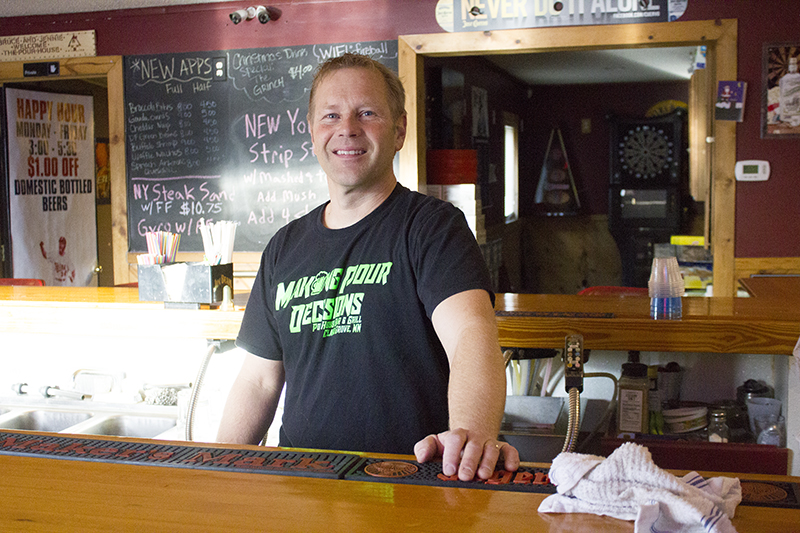 “People like having us here, apparently,” he said. “It’s a good bar. It’s good food. Never had any trouble, ever, for four years I’ve been here. I think it’s a very (respectable) business, and people like coming here. The locals are a good support. We’ve got quite a few from all over the place, actually, that come and support the place.”

The referendum came after the Minnesota Legislature voted to approve Sunday liquor sales in 2017.

Nielsen noted Sunday sales has drawn positive reviews on the bar’s Facebook page. He expects the establishment to be used by motorcycle riders and other people this summer whose only free day of the week is Sunday.

Nielsen said they worked to allow Sunday sales for a couple years, adding patrons used to tell him they wanted The Pour House to be open Sundays because it was the only day they were able to do something.

The bar and grill has had four new TVs installed within the last month.

Nielsen noted the length of his work day Sunday.

“They were so happy that there was a place to go that they could sit down and just talk and have fun. And everybody that comes in here on Sundays, they are coming in here because they are happy that it’s open.”

Nielsen speculated on who disapproved of Sunday liquor sales.

“I’m guessing it’s probably the older generation that thinks that it shouldn’t be open on Sunday-type,” he said. “But it’s not a rowdy bar. It’s a bar and grill. It’s a place where people meet and have food and drink.”

He noted he would have been disappointed with any opposition to the proposal because of the bar’s positive atmosphere.

“We have the right clientele coming in here,” he said.

“That’s what I love about this bar. It’s a down-to-earth, friendly atmosphere, and I love it.”