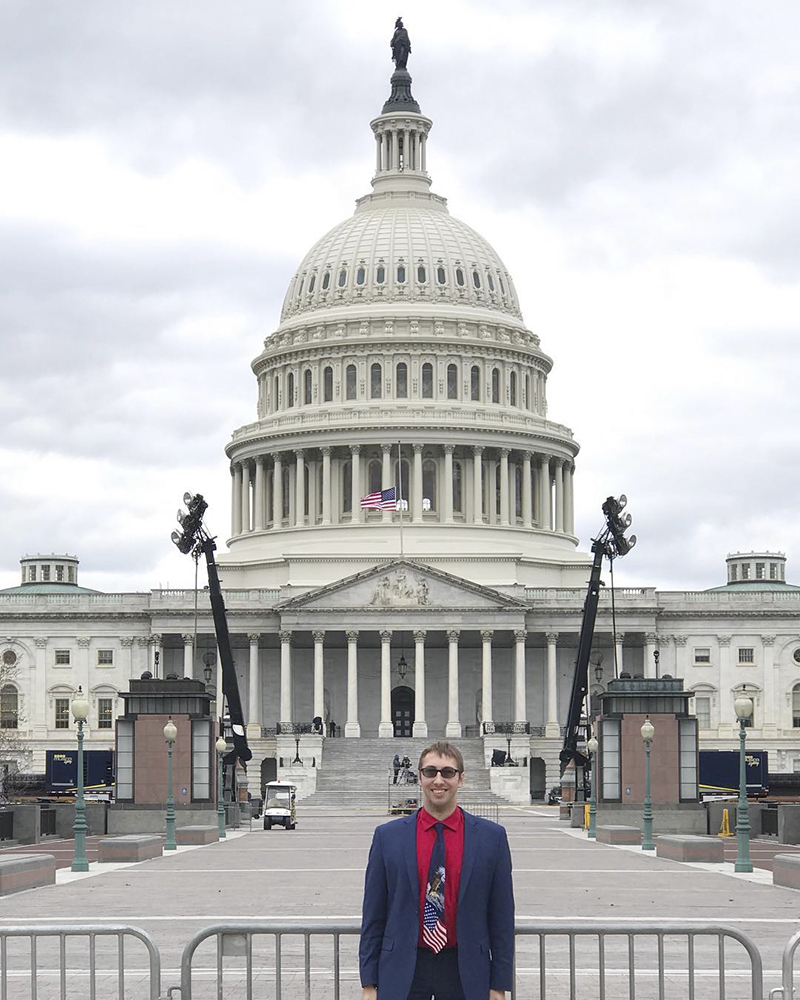 A Glenville native said he was honored to travel to the nation’s  capital Monday and Tuesday to pay respects to former President George H.W. Bush.

Spencer Krier said he and a friend, who he met out in Washington, D.C., stood in line for about two hours on Tuesday to honor the 41st president in the U.S. Capitol rotunda.

“I went out to pay my respects to President Bush and the extraordinary life of service that he lived,” Krier said. “His story is one that I think is often forgotten. His presidency overall is overlooked.”

He said he was about 45 minutes behind former Sen. Bob Dole, who was assisted out of his wheelchair to salute the former president.

Krier said there was not a sense of sadness in the rotunda but a sense of honor in being able to be there.

“I don’t think anyone before or after will be able to compare to his level of service — from World War II, to being in Congress, to being an ambassador, director of the CIA, party chair, vice president and president … It was a privilege that I was able to go and pay my respects to a legend of our country.”

Krier, who is heavily involved in Republican politics, said he gained an appreciation for the Bush family in 2002 when as an elementary school student he wrote a letter to then-President George W. Bush and actually received a letter back.

“For someone as young as I was to have the president of the United States write you back, that was amazing. I always had that respect for the Bush family.”

“I’m just a big lover of the politics of the Bush family,” Krier said.

He said he flew back to Minnesota Wednesday morning and watched the funeral from his office in St. Paul where he works.

“It’s a very rare honor to be able to go out to D.C. and honor the president the way Americans have been able to do the last few days,” he said. “It’s something I’ll remember for the rest of my life.”