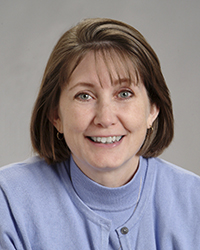 Imagine the state of Minnesota deciding to get into the farm implement sales business and setting up a new dealership to compete with local dealerships. It’s a sure bet with the state’s ability to subsidize its dealership and get around regulations that its prices magically would be lower than the other dealerships in town. Eventually, one by one, the private dealerships would have to close and the   community would be left with fewer implement choices.

The same is true for the MinnesotaCare health insurance buy-in proposal being supported by some politicians.

A recent Minnesota poll claims there is strong public support for consumers to buy into Medicare or MinnesotaCare. But the poll is very simplistic. Reality is much more difficult to assess. As experts in both representing and educating consumers on their health insurance options, we know just how complex the system can look to consumers.

Consumers obviously are interested in having options and are always eager for less-expensive products. Recently adopted state reforms gave us just that. Competition in the insurance market means insurers have to offer good plans at affordable prices if they want your business.

Medicare and MinnesotaCare buy-in plans look good on the surface, but anyone who looks at the details, with the help of an expert insurance agent, will see it’s not the silver bullet they thought it was. 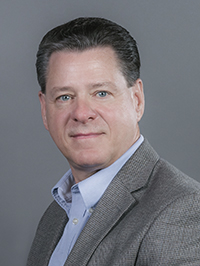 Programs like Medicare and MinnesotaCare pay doctors, hospitals and clinics a very low reimbursement rate. Many times this rate doesn’t even cover the provider’s cost to deliver the care. This “loss” is then shifted onto the rest of the insured market, meaning Minnesotans with private insurance pay higher rates to make up for what the government programs don’t pay.

If more people buy-in to MinnesotaCare because it appears to be less expensive, more people will be paying doctors, hospitals and clinics lower reimbursement rates. This will in turn very likely lead to severe cuts to local doctors, hospitals and clinics. Cutbacks in service and quality will certainly follow, particularly in non-metro Minnesota where important health resources are already critically scarce.

Even the Dayton administration understood how badly their plan underpays doctors and hospitals when it changed its original proposal for MinnesotaCare buy-in from using Medicaid-based rates to using Medicare-based rates. While that’s inside baseball to most consumers, those paying attention to saw that the change led to a whopping 46 percent increase in the projected price for this program — and even with the increase the program still pays providers less than the cost of actually providing the services.

If, as expected with a buy-in option, more patients shifted to the cut-rate government plan, smaller clinics and hospitals would not be able to withstand the low reimbursements and many will have to close.

The true impact would be fewer options for insurance and providers, not more. Once the government steps into the market with a cut-rate plan fueled by artificially low payments to doctors, don’t expect the other competitors to stay in the market for long. Consumers will be left with just one choice: buying from the government.

The dirty little secret of the MinnesotaCare buy-in program is that, other than the name, it is not really MinnesotaCare. The deductibles, co-pays and premiums will all be much higher than the MinnesotaCare program people now know. Consumers will find that to keep the plan price low, the network would include fewer doctors, and fewer benefits will be covered.

It’s the kind of bait and switch plan that is illegal in the private sector.

We wouldn’t let this happen if it was an implement dealer, and we shouldn’t let it happen to our health insurance. It is critical that Minnesotans let their legislators know they oppose this expansion of government before they find they have no choices of health insurance or even doctors.