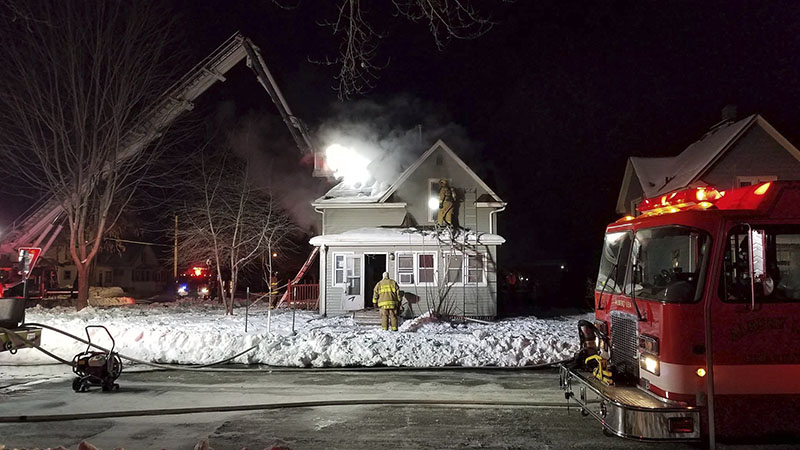 An Albert Lea house was destroyed Saturday in a fire.

After arriving at 8 p.m., first responders reported seeing smoke and fire from the home’s south and east sides, according to a press release.

They were alerted to the fire after a passerby saw smoke and fire coming from the home, the release states.

“Entry was difficult because the fire had burned through a portion of the first and second floors,” the release states. “Shortly after arrival, it was determined that no one was home or in the structure.”

According to the release, crews were on scene for about six hours fully extinguishing the fire.

The Salvation Army and Red Cross have been supporting the family, and Gold Cross Ambulance was in support on standby, police said.

The cause of the fire is under investigation.