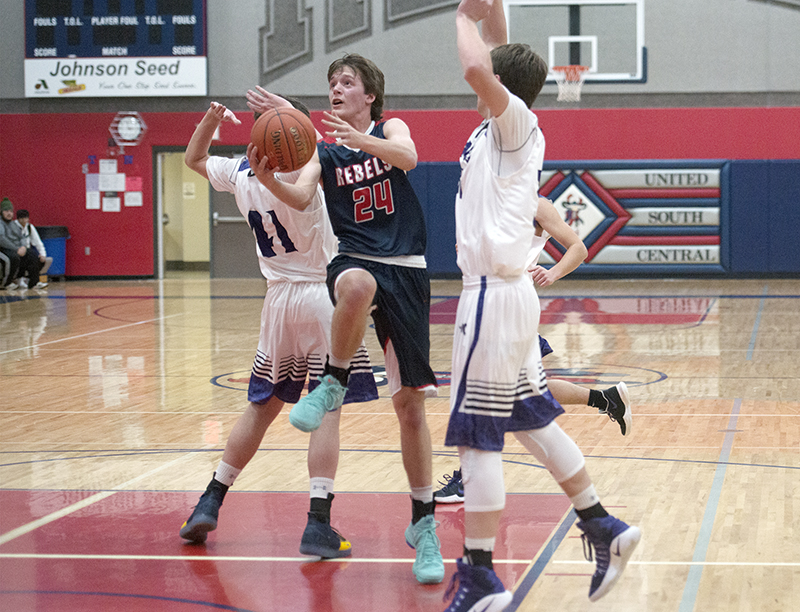 WELLS — The United South Central boys’ basketball team continued its hot start to the season Saturday afternoon as it hosted T/ML/GHEC, looking for a third-consecutive win.

The Rebels only trailed for a short time in the opening minutes before taking control of the game on both sides of the court, sailing to a 67-52 victory over the Jaguars.

Senior Sam Zebro opened the scoring for the Rebels right away with an easy lay in, but was followed by two buckets from the Jaguars to take a 4-2 lead. However, Zebro quickly added another two points to his total to erase the Jaguars’ only lead of the game. 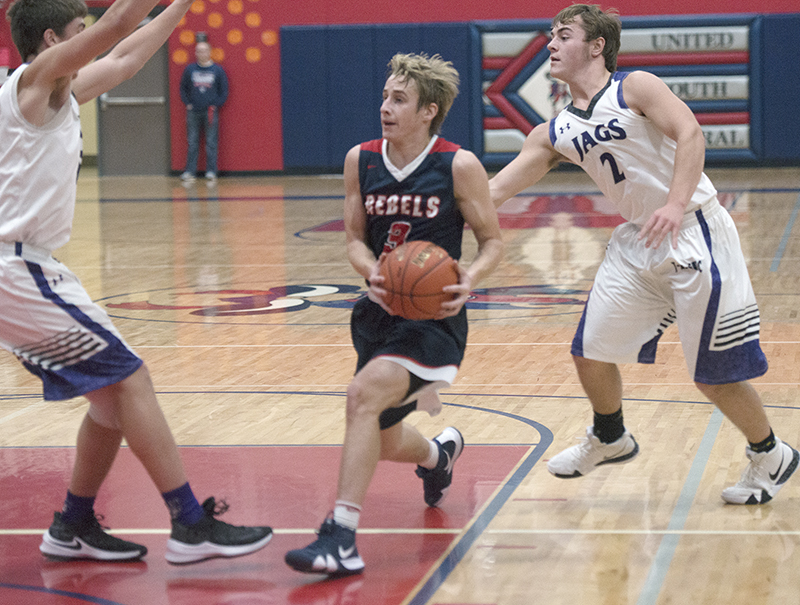 The Rebels inside defense was also a strong point in the opening half. Despite have a height advantage, the Jaguars were unable to get any sort of momentum flowing under the basket.

Already with a 14-point lead, Zebro pulled a play out of his bag of tricks to end the first half up 35-19. With just one second remaining and inbounding under the Rebels’ own hoop, Zebro threw the ball off an unknowing defender’s back, only to gather it again and put it up for the quick basket.

Senior Colby Klocek led the Rebels in scoring during the first half with 14 points, Zebro added 10, senior Nolan Magnuson had six, junior AJ Kloos recorded two and sophomore Riley Staloch had one.

United South Central continued its dominance in the second half. The closest T/ML/GHEC was able to come was 12-points behind Zebro and Klocek continued to go back and forth with the lead in scoring throughout the half.

Klocek came out ahead with 23 points, while Zebro was just behind with 22. Magnuson finished with 11, Kloos with eight and Staloch with three.

The Rebels climb to 3-0 to start the season and will be back in action Tuesday when they travel to Bethlehem Academy to take on the 1-2 Cardinals.