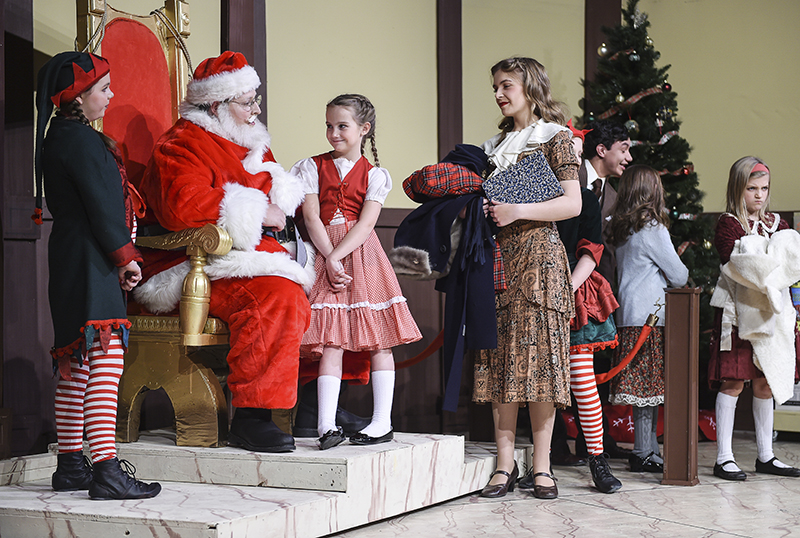 AUSTIN — Just in time for the holidays, the second production of Riverland Community College Theatre’s hope-filled season of legends continues this weekend with the classic family holiday show, “Miracle on 34th Street, the Play.”

Based on the classic movie, “Miracle on 34th Street, the Play” tells the story of Kris Kringle as he gets a job working as Santa Claus for Macy’s. He unleashes waves of good will with Macy’s customers and the commercial world of New York City. However, he ends up in a court competency hearing. At stake is one little girl’s belief in Santa and the possibilities of imagination.

“‘Miracle on 34th Street, the Play’ is a heartwarming holiday story that we want to believe in, where love and generosity of spirit are their own rewards,” said director and Riverland Theatre instructor Susan V. Hansen.

“Miracle on 34th Street, the Play” was adapted by Mountain Community Theater from the novel by Valentine Davies and based on the 20th Century Fox motion picture “Miracle on 34th Street.” The set, lighting and sound design are by John Deyo, costumes are by Madlain Vander and Emma Peterson is the stage manager.

The show calls for 27 performers at minimum. The company comes from across the southern Minnesota and Iowa areas, with 12 children under 12 years old. 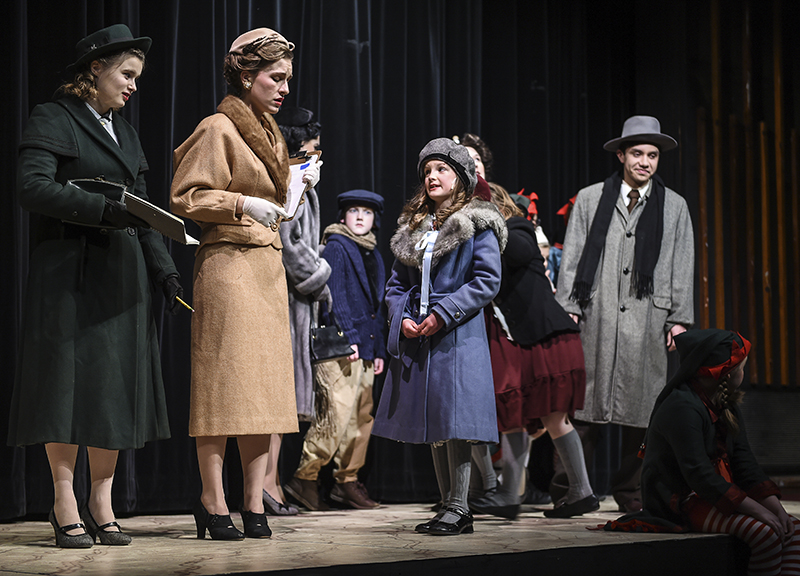 “We have many new students on stage, as well as alumni, community members and children,” Hansen said. “It is really a terrific mix. They can all learn from each other.”

Not only is “Miracle on 34th Street, the Play” a family-friendly show, it also has two families performing in it.

“Kim Potter is performing with both of her daughters, Kalli and Emma Potter,” Hansen said. “Angie Bissen decided to join in the fun with her daughter, Annabelle Kasel. Many extended family members and groups are coming to experience that wonder and joy of the holidays and spend a little quality time together. Come join us!”

There will also be an opportunity to take photos with Santa after each performance. Hansen asked that a small donation be made to the theatre scholarship fund.

“Miracle on 34th Street, the Play” will be performed at 7 p.m. Friday and Saturday with a matinee at 2 p.m. Sunday. All performances will be at Frank W. Bridges Theatre in Riverland’s Austin campus’s East Building.

Individual tickets are $13 and are on sale at www.riverland.edu/tickets 24 hours a day, seven days a week. Tickets may also be purchased at the Riverland box office in room E107 in the East Building of the Austin campus. Box office hours are 11 a.m. to 1 p.m. Monday through Friday and one hour before performances.

Riverland students receive two free tickets to each performance with a valid student ID. Contact the box office at 507-433-0595 or by emailing boxoffice@riverland.edu.