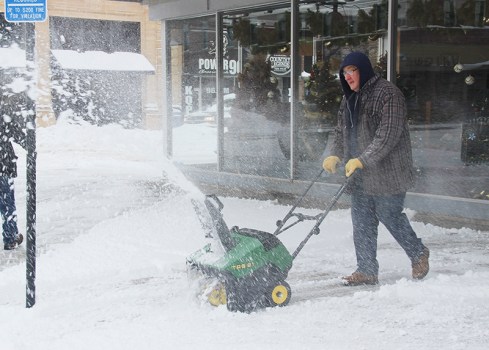 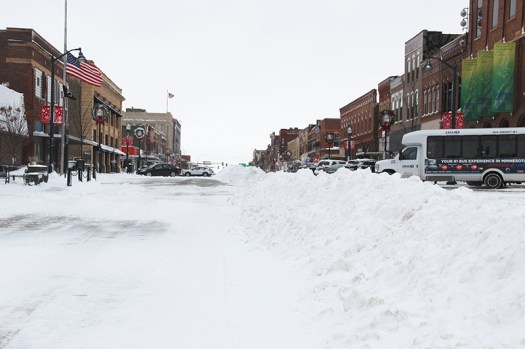 Snow is piled up in the middle of the downtown streets Sunday morning after a winter storm dumped about 8 inches on Albert Lea. Sarah Stultz/Albert Lea Tribune 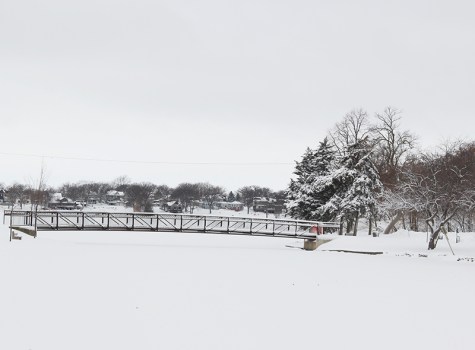 Residents began digging out Sunday morning after the first major winter storm of the season swept through the area.

Light snow could continue as the winter storm warning remained in effect until noon.

As of 8 a.m. Sunday, Albert Lea had received about 8 inches of snow, according to the National Weather Service. The weather agency stated additional snow accumulations of up to 1 inch could fall this morning through the end of the storm warning.

Plows are out clearing roadways, and residents could be seen on most streets in town shoveling or clearing sidewalks and driveways with snowblowers.

People should plan on slippery road conditions, and winds gusting as high as 35 mph could lead to areas of blowing and drifting snow and reduced visibility in open areas.

The latest road conditions for Minnesota can be found at www.511mn.org and for Iowa at www.511ia.org.