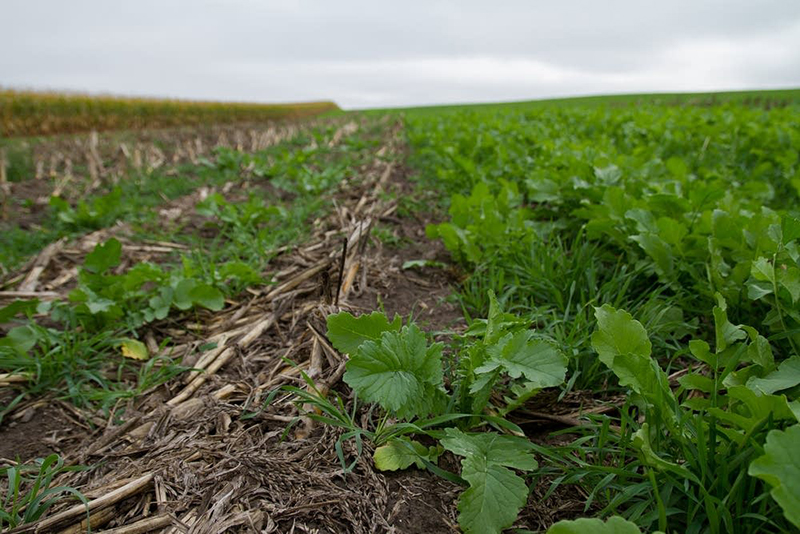 If we’re going to hold off the worst climate change effects in the coming decades, finding new ways to keep greenhouse gases out of the atmosphere will be crucial.

Turns out the landscape contains many natural ways of fighting climate change, if people take advantage of them.

Natural climate solutions such as reforestation or using cover crops could offset the equivalent of 21 percent of the United States net annual carbon emissions, according to a study published Wednesday in the journal Science Advances.

“That’s the same as if every car and truck in the country stopped polluting the climate,” said Joe Fargione, the study’s lead researcher. “So there’s a much bigger potential than people realize.”

The study looked at natural ways in which different land use could mitigate climate change. The 21 natural climate solutions researchers considered range from improving nutrient management on farms to restoring tidal wetlands.

Across the continental U.S., plants have the greatest potential for climate mitigation. Sixty-three percent of the potential natural climate-change mitigation would come from increasing the ability of plants to store carbon instead of it going into the air as a polluting greenhouse gas. This process is also known as carbon sequestration.

In Minnesota, the biggest potential for naturally holding off climate change is cover crops. Researchers identified 13.6 million acres where farmers could grow cover crops in the off-season, which increases the soil’s ability to store carbon. At best, cover crops could mitigate 6.5 metric tons of carbon emissions per acre each year.

Reforestation — converting non-forest land into forest — comes in at No. 2. Minnesota has 3.3 million acres of land where reforestation is possible, the study found, and it could mitigate 5.9 metric tons of carbon emissions per acre each year.

Why these solutions aren’t in place now

The reasons vary for why these natural climate solutions are only potential, for now.

Cover crops, for example, are additional work and cost for often-strapped farmers. And government subsidies to help pay for cover crops have been under congressional scrutiny. A recent farm bill, for example, would’ve slashed funding for the Conservation Stewardship Program, which pays farmers for using cover crops or other climate-friendly practices.

Other natural climate solutions like large-scale reforestation would likely require a price on carbon or a carbon tax, said Fargione, who’s also a lead scientist for the Nature Conservancy. Such regulations make polluters pay for their carbon emissions.

However, some climate change mitigation methods can “pay for themselves,” Fargione said.

He noted improved nutrient management on farms can save farmers money because they don’t need as much fertilizer. Urban reforestation, while costly, can be an economic boon because people like living around trees.

“The more that we can understand and appreciate the benefits that nature is providing to us,” Fargione said, “the more we are going to choose to invest in them.”