Memorial services for Sue Ann (Schreiber) Fakler, 68, of Osage, Iowa, will be at 11 a.m. Thursday at Seventh-Day Adventist Church, 1100 37th St. NW in Rochester. United Church of God Elder Ron Peterson will officiate. Visitation will take place from 4 to 7:30 p.m. Wednesday at the church. 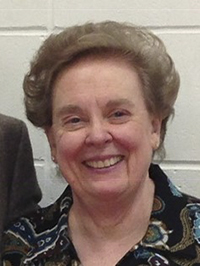 Sue was born Aug. 17, 1950, to Robert and Marjorie (Bosshardt) Schreiber in Faribault. She attended school in Albert Lea and graduated from Albert Lea High School in 1968. After high school she completed a one-year secretarial certification at Austin Junior College. Following her certification, Sue worked for nine years as a secretary for Albert Lea Manufacturing Co. in Albert Lea.

On May 27, 1973, she was united in marriage with Jerome Martin Fakler in Albert Lea. In 1978, following the birth of her firstborn son, Sue transitioned from her secretarial position to a rich and fulfilling life as a full-time homemaker.

She loved to cook meals for her family, friends and other loved ones. Sue’s search for new and interesting recipes was unending, and she often read cookbooks like many would read mystery novels. She also greatly enjoyed other crafts such as sewing, knitting and crocheting, and made thoughtful gifts of her completed projects to many people in her life. Sue believed cooking and crafting were some of the best ways to serve those she held dear, and she spread her love of all of these abilities throughout her family, including patiently teaching children and grandchildren these important skills.

Sue was a member of United Church of God, where she played piano for both hymns and special music, sang in the choir and served her local congregation in countless other ways.

Sue was preceded in death by her parents.