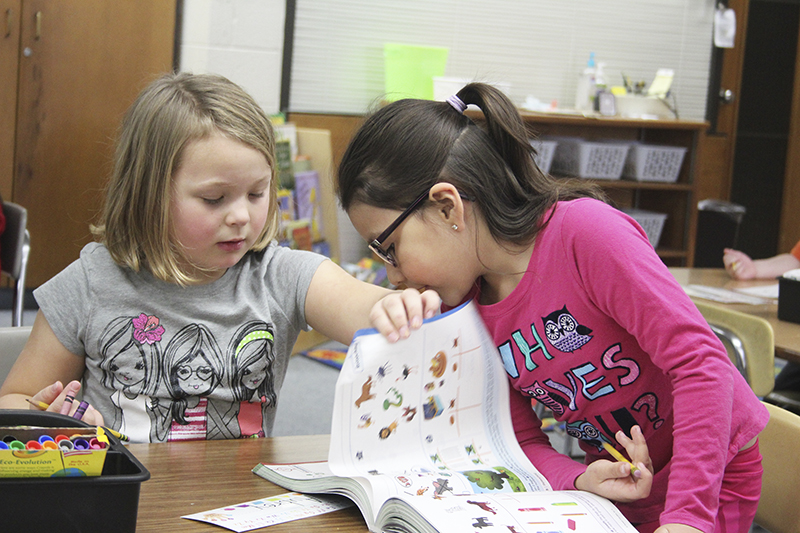 Kindergarteners received a real-life lesson in ratios this year as Lakeview Elementary School shifted students from two classes into three mid-year in an effort to reduce the number of students in each class.

According to Sofio, enrollment after the year starts is not uncommon, especially as Albert Lea Area Schools begins two weeks earlier than many schools in the state thanks to its pre-Labor Day start date. But what’s unique is this was not the case at Lakeview Elementary School this year — Sofio said most enrollments were more spread out over time rather than concentrated close to Labor Day.

However, it is less common for those enrollments to be largely concentrated in one grade level. Including two new enrollments last week, approximately eight kindergarteners joined Lakeview Elementary School classrooms after the year began, Sofio said. While the year started with approximately 45 students, the school is now closer to 53.

“We just kept on getting more kindergarteners in our building and it got to the point where we wanted to add in another section (to) help reduce the number of kindergarten students in each classroom because we really value that low teacher to student ratio,” he said. “We just feel like that’s best for learning, especially our younger ages, and so we added the additional section to help accomplish that.”

While adding another classroom is infrequent, it does happen, Sofio and Lakeview Elementary School kindergarten teacher Kelsey Durbahn said. Both Durbahn and fellow kindergarten teacher Beth Nelson said they were keeping an eye on the teacher to student ratio, aware they had passed the district’s “cap.” The ideal threshold for younger levels is one teacher is in the low 20s or less, Sofio said, although it can get higher at times. Both Nelson and Durbahn started the year with 21 students each, Nelson said.

“We just kept asking, ‘What is the plan?’” she said. “‘Because we’re really struggling meeting the needs of all these students.’”

Although Durbahn said they had both taught larger kindergarten classes in their careers, having smaller numbers for younger students helps them pay more attention to individual students who are still learning a lot of things — not only in school, but about school itself, Nelson said. 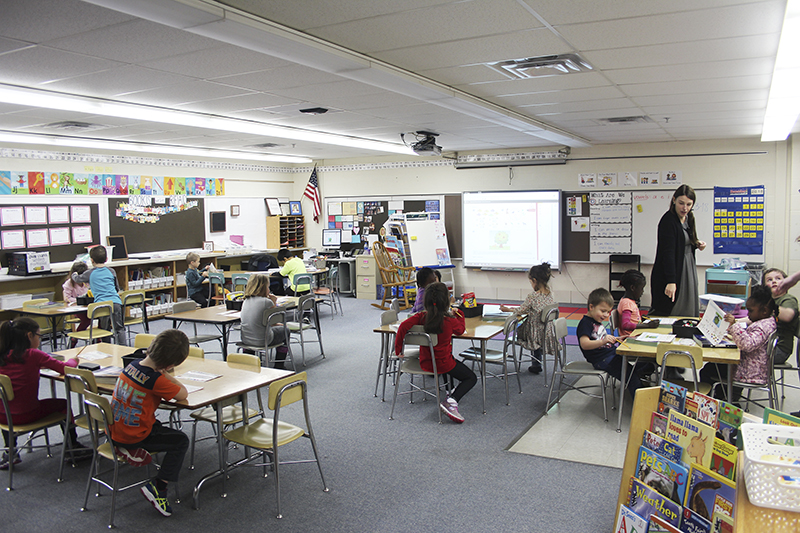 “They just need a lot of guidance and a lot of repetition and — I mean, every minute of the day has to be planned,” Nelson said.

To make the transition, both Nelson and Durbahn told their students they might have a new teacher, and that the change would be an improvement for how much attention they would be able to receive from the teacher, Nelson said. They had conversations about logistics — materials and supplies — and Sofio sent home letters to parents. New teacher Mariah Meger was able to attend parent-teacher conferences and introduce herself to students who would transition into her class, Sofio said.

The children have noticed the difference, Durbahn said.

“I think they have adjusted really well,” Nelson said.

According to Nelson, kindergarteners made comments about the rooms being quieter, and about a quicker pace they’re able to learn at. Now, Nelson is teaching 17 students, Durbahn 18 and Meger 17.

“And it sounds like, ‘OK, there’s three less people,’ but that really makes a difference when it comes to meeting the needs of those students,” Nelson said.

The two kindergarten teachers helped set up the classroom for Meger’s arrival, which was previously used by the elementary school counselor. The counselor now works out of the school’s book room with a schedule on the door so teachers know when the counselor is meeting with students they should not disrupt.

While the students have transitioned, there are still a handful of things that need to be sorted out for the classroom. Furniture is one thing — although the students have all they need, the room is still awaiting a mailbox where they can store their papers and things, Nelson said.

Nonetheless, Sofio, Nelson and Durbahn all said they were grateful the district allowed them to make this transition mid-year.

“It’s great to have the support district-wide to know that once we start seeing class sizes get to a certain number, that there are opportunities for us to add in new sections so that we can keep those numbers within each classroom at a reasonable ratio,” Sofio said. “… To know that we have that collaborative nature and that collective spirit of ‘Let’s find solutions to things’ is really refreshing — I think for not only me as a building administrator, but for us as a collective staff, too.”

Sofio attributed a part of that decline to established attendance boundaries in an area seeing less growth with new houses than may be seen in other elementaries with more flexible boundaries or more housing fluctuation. Families who stay have children who age out of elementary schools as they grow.

Therefore, Sofio said it’s nice to see families coming to the area as well as increased enrollment in the overall district. All the kindergarteners who enrolled at Lakeview Elementary School after the year started are new to Albert Lea and come from around the region.

Whether the third classroom will stay for next year is hard to project at this time, Sofio said. 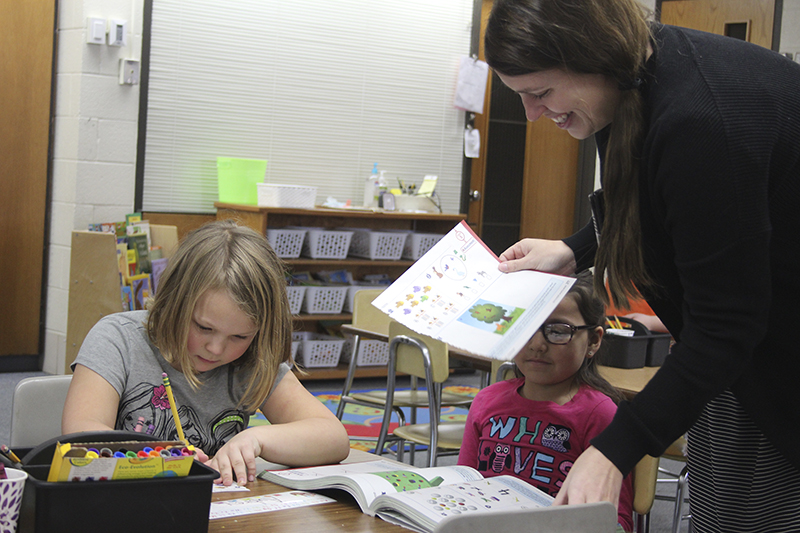