A Waterville man charged with stunning a woman with a Taser in October 2016 in Albert Lea was placed on probation for up to 20 years Monday in Freeborn County District Court. 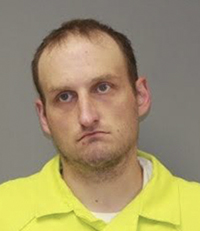 Ryan Steven Theissen, 35, was sentenced after he entered an Alford plea to first-degree burglary in October. In doing so, he asserted innocence but admitted the prosecution had enough evidence to convict him of the crime.

While on probation, Theissen will be expected to not use or possess firearms, ammunition or explosives; undergo a mental health evaluation; not possess alcohol or drugs or use alcohol or controlled substances — with the exception of prescribed medications; and follow other court requirements.

He was sentenced to 97 days in jail and was given credit for 97 days served.

Court documents state Theissen was charged after the victim was sleeping Oct. 27, 2016, at a residence when Theissen stunned her with a Taser.

After using the Taser the first time on the victim, court documents state Theissen sparked his Taser a few more times and demanded to know where someone else he knew was.

Theissen was charged with a second count of first-degree burglary and one count of second-degree assault, but those charges were dismissed.