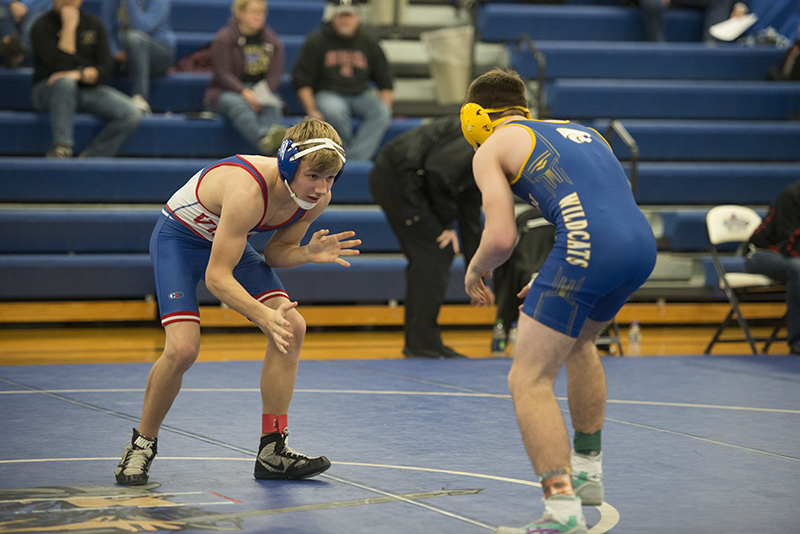 NORTHWOOD — Northwood-Kensett hosted its annual Vikings Invitational on Saturday, wrestling four other teams all competing for a chance at the top.

The Vikings won all four of their duals, including a tight one-point win over Belmond-Klemme to claim the round-robin crown.

First up, the Vikings claimed a 45-30 victory over Humboldt with five straight pinfall wins, including ones from senior Samuel Kliment, juniors Gideon Rollene and Caden Schrage, and freshmen Tyler Mills and Drake Tiedeman. Junior Brody Branstad picked up a decision victory in the dual.

Northwood-Kensett dominated its way through both Tripoli and Rockford 54-18 and 54-12, respectively. 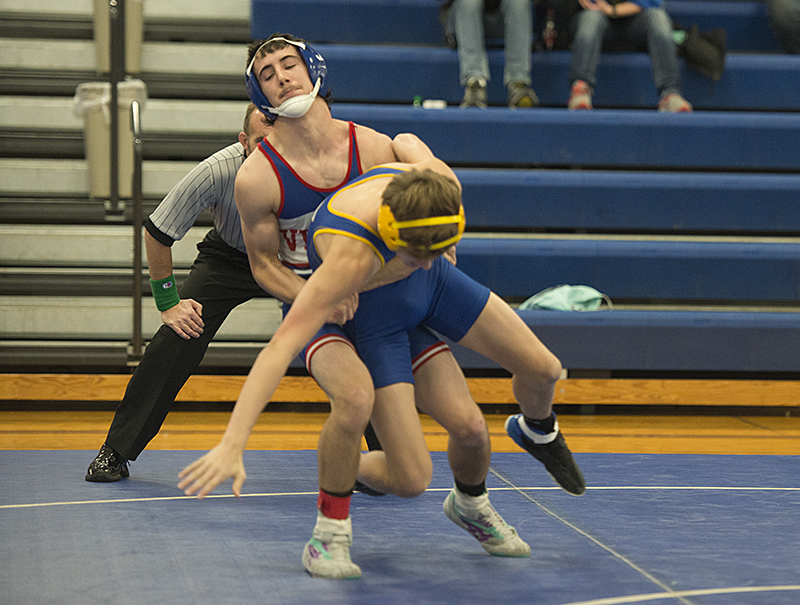 Northwood-Kensett junior Caden Schrage lifts his Humboldt opponent for a takedown Saturday at the Vikings Invitational. The Vikings went 4-0 in duals on the day with Schrage also finishing 4-0. – Tyler Julson/Albert Lea Tribune

There were only two matches in the Rockford dual, which were split by the two teams. Branstad came out on top of his bout, winning by pinfall in just 13 seconds.

The Tripoli dual had three matches, two of which were won by Tripoli. However, the open weight classes gave the Vikings the advantage, as they picked up eight forfeit wins. Kliment was the lone Viking to win a contested match in the dual, earning a pinfall in 3:36.

In the closest match of the afternoon, Northwood-Kensett battled Belmond-Klemme in what would come down to a tiebreaker. Kliment and Schrage picked up crucial pinfalls for Northwood-Kensett, while Rollene and Mills grabbed decision victories. In the end, the score was tied at 30-30, but Northwood-Kensett picked up the win after the tiebreaker went down to most individual wins.

The Vikings will be back on the mat Tuesday when they head to West Bend Mallard and Thursday at Lake Mills in their last quad before Christmas break.