An Albert Lea woman charged in a domestic incident was placed on probation for one year Friday in Freeborn County District Court. 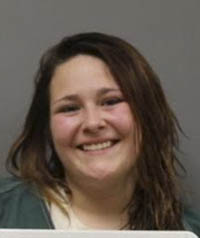 While on probation, Gonzalez will be expected to not use alcohol, controlled substances or drugs with the exception of prescription medication; submit to random testing, complete a chemical assessment within 30 days, attend the Crime Victims Crisis Center women’s non-violence class and follow other court requirements.

Gonzalez received of stay of adjudication sentence, meaning she can avoid having a conviction on her record if she successfully completes probation.

Gonzalez’s lawyer, Jeremy Clinefelter, described the relationship between Gonzalez and the victim as “extremely volatile, toxic.”

He said Gonzalez has filed a harassment restraining order against the victim.

Court documents state Gonzalez was charged after officers were dispatched May 8 to an Albert Lea address on a report of a domestic assault. Officers noticed the victim had blood on his white T-shirt and left hand.

The victim was Facetiming during the incident, and court documents state a witness through the application said she saw Gonzalez yell and physically assault the victim.

Gonzalez was charged with domestic assault by strangulation, but that count was dismissed.