Albert Lea still on the hunt for first win 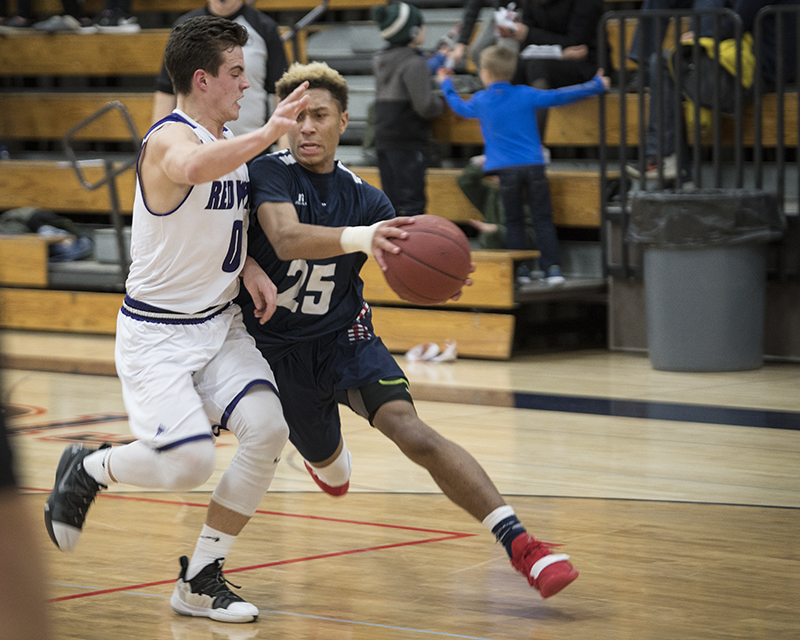 The Tigers' JJ Mucha-Owens attempts to get past a Wingers defender in the first half of Friday's 81-64 loss to Red Wing at Albert Lea High School. - Colleen Harrison/Albert Lea Tribune

The Albert Lea boys’ basketball team came into Friday night’s matchup against Red Wing looking for its first win of the season.

Despite playing a close first half and trailing by just three at the break, the Tigers were unable to withstand an early second-half run by the Wingers, ultimately falling 81-64.

Starting for the Tigers was the lineup of seniors Dylan Scherff and Spencer Doyle, and juniors JJ Mucha-Owens, Koby Hendrickson and Connor Veldman.

The game got out to a rough start for Albert Lea, allowing Red Wing to jump out to an early 11-1 lead. Albert Lea slowly climbed back into the game through the rest of the half, but were unable to take the lead for themselves, tying the game on two occasions late in the half.

There were no shortage of fouls in the first half of the game, as both teams reached the double bonus territory with seven minutes remaining. The Tigers relied mainly on their shots from the free throw line, scoring 22 of their first-half 34 points from the stripe.

Mucha-Owens was the first of the Tigers to hit a shot from the field, nearly six and a half minutes into the game. Senior Parker Andersen hit back-to-back three pointers midway through the half to lift the Tigers’ momentum and bring them to within one point of the lead.

After tying the game late in the half, Red Wing went on a small run to take a seven-point lead. Albert Lea battled to cut the lead down to three, 37-34 at the half. 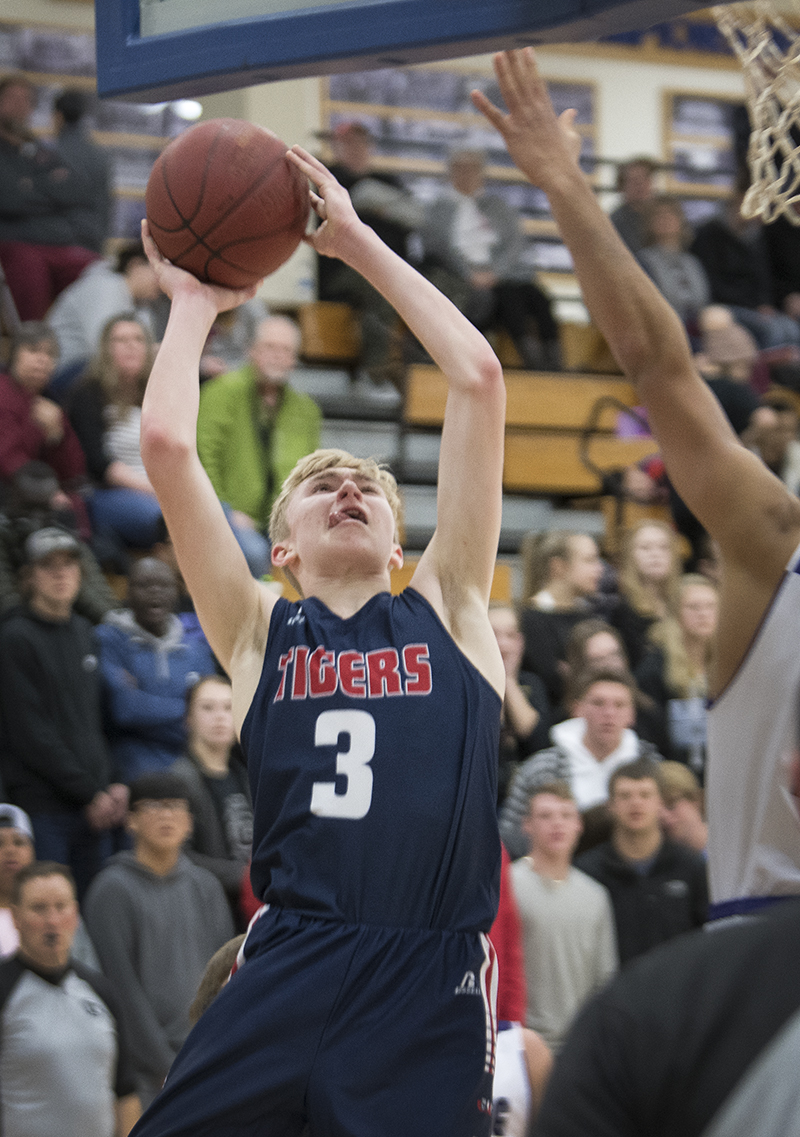 Albert Lea’s Koby Hendrickson goes up for a basket during the second half of Friday’s loss to Red Wing. – Colleen Harrison/Albert Lea Tribune

Leading the first for the Tigers was Mucha-Owens with 12 points. Veldman and Andersen each had eight, while Scherff had four and Hendrickson had two.

The Wingers came out to a big run in the second half, going on an 8-0 run and extending their lead to 14 points before Mucha-Owens stopped the tide with a driving layup.

With just over eight minutes left in the game, Red Wing went on another large run, widening its lead to 20-plus points and all but securing the win.

Albert Lea was led in scoring by Mucha-Owens with 25 points; Veldman was second with nine. Andersen finished with eight.

The Tigers fall to 0-9 on the season and will play again Tuesday when they host the KoMets of Kasson-Mantorville.