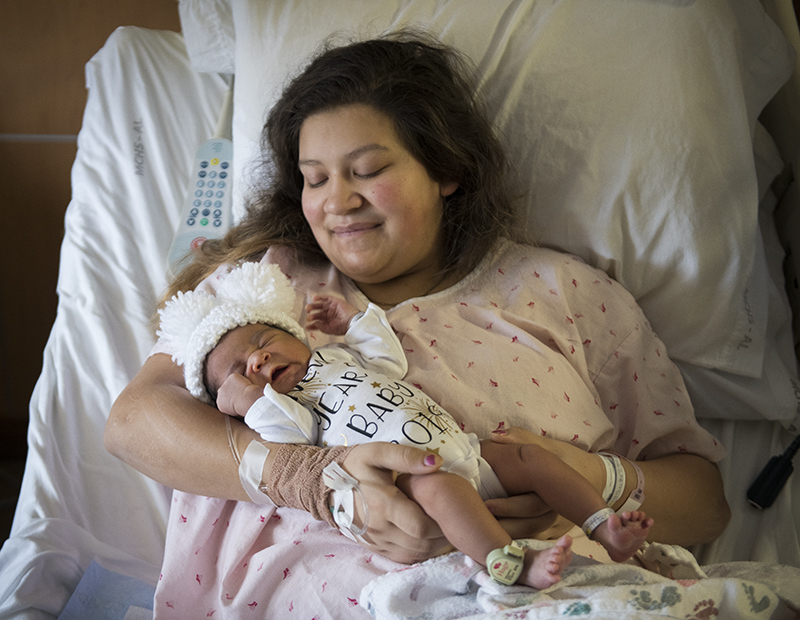 Baby born late but just in time for New Year’s

Sky Jensen was not expecting to be expecting.

She had ovarian surgery in Sept. 2017 and was told she wouldn’t be able to have children, Jensen said. When she took the pregnancy test at home, she thought it couldn’t be right.

“I didn’t believe it until the first ultrasound,” she said.

And at 6:43 p.m. Tuesday, Latalya Anasa Youngblood-Amos became Jensen’s first child and the first baby of the year to be born at Mayo Clinic Health System in Albert Lea.

Jensen and Quinten Youngblood-Amos, the father, found out their baby would be a girl in August.

“I was happy, but he wanted a boy,” Jensen said. 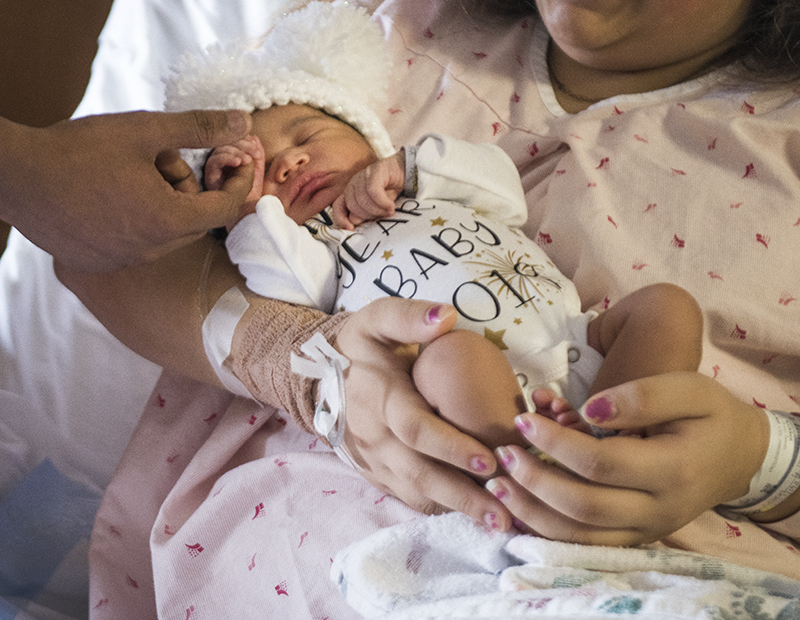 Still, Youngblood-Amos wants his daughter to know she can be whoever she wants to be.

She was also late. She came via C-section, Jensen said.

“This is the best New Year’s present ever,” grandfather Quinten Amos said. “If this isn’t New Year’s, I don’t know what is.”

When Jensen leaves the hospital, she will take her new daughter home to a crib with an animal theme.

“I can’t wait until she grows up,” she said. Both parents are looking forward to raising their daughter. 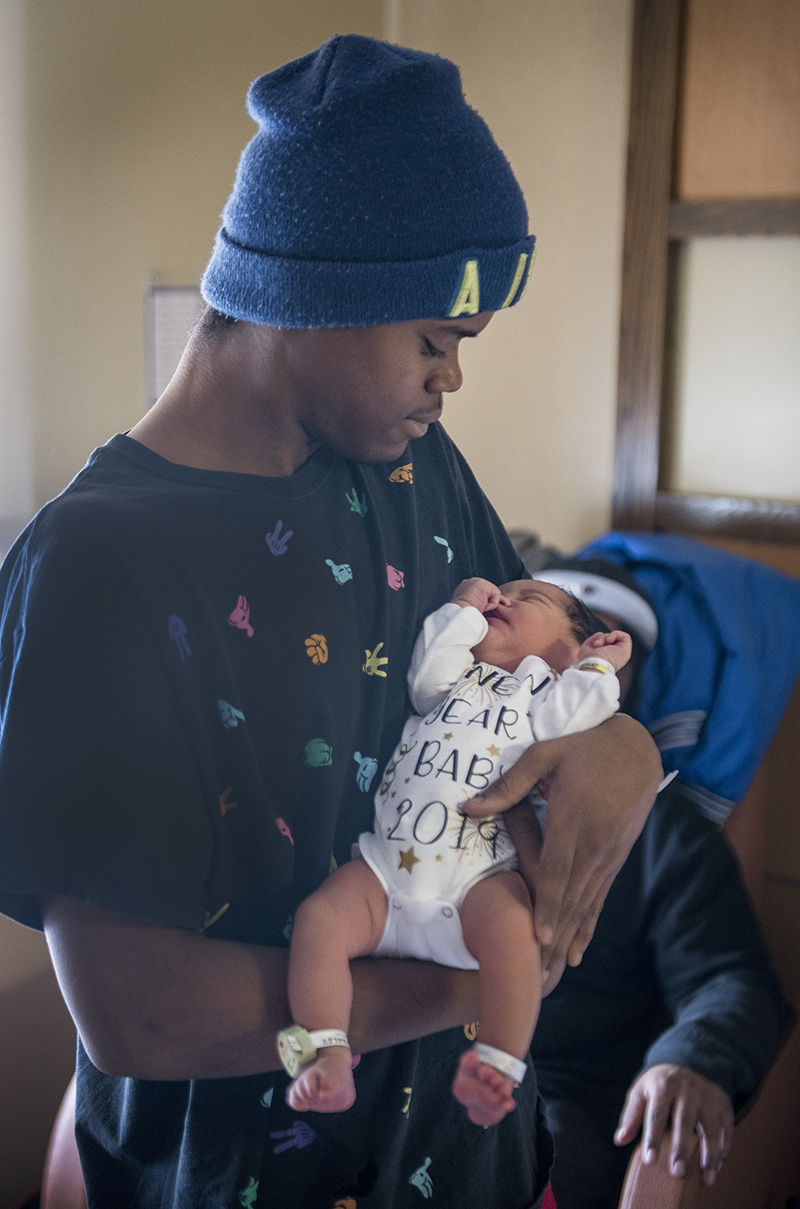