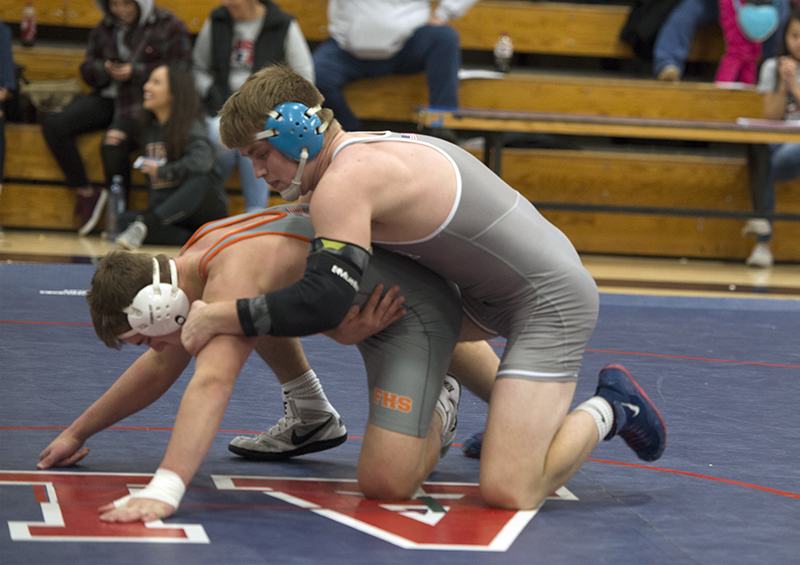 Fans of the Albert Lea wrestling program packed the gym Saturday afternoon for a quadrangular against Rochester John Marshall, No. 9-ranked (AAA) Mounds View and Farmington.

Albert Lea dominated in wins over John Marshall and Farmington and pulled out a close victory over Mounds View, 34-32.

The Tigers dropped just two matches to the Rockets in the first dual of the day — one of which was a forfeit at 285 pounds — cruising to a 69-9 victory.

The Tigers had a tougher time with the Mustangs, but a key win from Nielsen late in the dual set them over the top, 34-32.

Cantu and McMillian picked up their second pinfalls of the day, this time accompanied by Hedensten with his first. Cole Glazier notched a 15-4 major decision, while freshman Cam Davis and Nielsen grabbed pivotal wins for the Tigers with a 2-0 decision and a 3-1 decision, respectively. Zach Glazier won by forfeit at 220 pounds.

After the momentous win, Albert Lea had no trouble disposing of Farmington in the final dual of the day, 40-23.

Cole and Zach Glazier, McMillian, Cantu and Hedensten all finished the day 3-0 for the Tigers.

The Tigers move up to 15-5 on the season and will hit the mats once again Thursday when they hit the road to take on the Winona Winhawks.