‘Anybody can do it’ 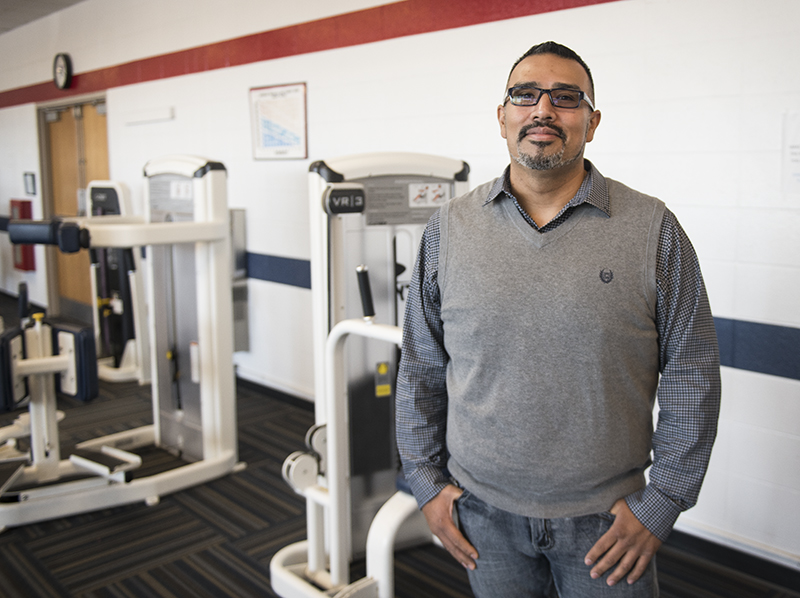 On Jan. 21, 2016, former Albert Lea resident Dale Sanchez weighed more than 400 pounds, was diagnosed with Type II diabetes and informed his health was a life-or-death situation.

Less than two years later, Sanchez has lost 200 pounds thanks to a change in his lifestyle and diet.

He noted his cousin’s right foot was partially amputated two weeks before, an incident Sanchez said showed him the necessity of changing his lifestyle.

“This could happen to me,” he said. “If I don’t do something, I may not be around. That day I was diagnosed, my doctor said, ‘If you eat another hamburger, you may die.’”

Sanchez, who eventually jogged around the lake, frequently exceeded goals he set for himself. He was determined to lose 70 pounds by July 4, 2016, but exceeded that goal by losing 91 pounds.

“Naturally, I just started seeing the weight just kind of come off,” he said. “I wasn’t eating junk food and all of that.”

He lost approximately 120 pounds by Christmas 2016, 20 pounds more than his 100-pound weight loss goal by that date. Once he lost 100 pounds, he challenged himself to lose 200 pounds and acknowledged his goal was not easily met initially.

At that time, Sanchez was informed by his dietician, Mayo Clinic Health System registered dietician Emily Schmidt, that his body had entered starvation mode and he needed to eat more. His cousin suggested he start lifting weights. 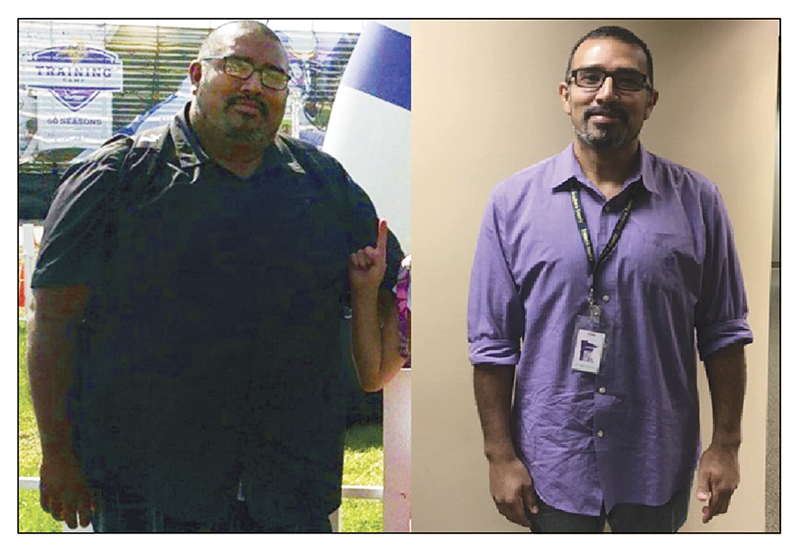 Pictured on the left is Sanchez when he weighed over 400 pounds, and on the right is when he was down about 181 pounds after 1 1/2 years. He has now lost a total of about 200 pounds. – Provided

Sanchez, who recently moved to Owatonna, switched to a low-carb diet — vegetables, fruit and lean meat — during the time he lost weight. He worked out at Albert Lea Family Y and began running back and forth to the gym from his former house. He noted the importance of eating enough food while exercising extensively because of the significant calories physical activity burns.

He said he sometimes did not feel well because he was not eating enough, but that later changed as he found a balance between eating and working out.

“To be honest, I was happy for myself that I was able to reach my goals, but I looked back at the same time, and I think, ‘Would I have done it the same way that I did, because I kept pushing myself so much,’” he said. “I don’t know.”

Sanchez acknowledged after losing 200 pounds, he realized he was pushing himself too hard and needed to step back to improve his mental, spiritual and social lives.

He said people looking to lose weight need to find exercise activities they enjoy, possibly walking outside and being with supportive people in the community.

Sanchez, a former Freeborn County case aid, credited aid the county gave him in his position, including the county’s employee wellness committee and the county paying for a portion of his  gym membership.

To anyone struggling to lose weight, Sanchez stressed the importance of understanding that failing to immediately lose weight does not signal final failure.

“To fail your diet does not mean you’re failing in life,” he said. “You can start over. My journey wasn’t perfect either. I became obsessed, and all I worried was about diet. I cut myself from friends and family because I was so worried about working out and things like that … you can fail and you can start back up again.”

Sanchez stressed the long journey he undertook shows similar journeys are possible for other people.

“If I can do it, anybody can do it,” he said. “I couldn’t walk two blocks without being exhausted. I mean, and I hope that people can see me and say, ‘So he can do it, and I can do it.’ I guess that’s always been my thing, hopefully inspire people to reach their goals.”