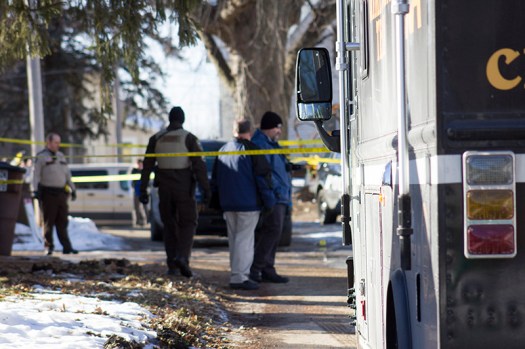 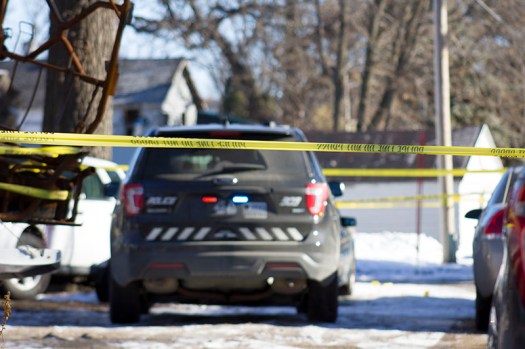 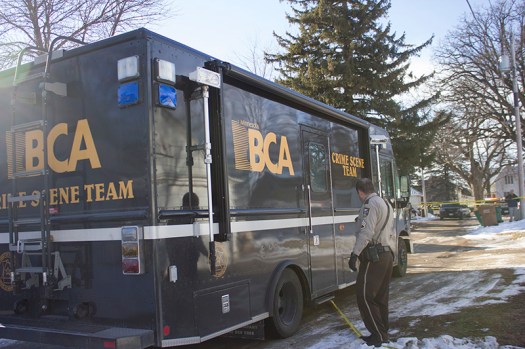 A Minnesota Bureau of Criminal Apprehension truck arrives at the scene of a shooting Thursday afternoon. - Sam Wilmes/Albert Lea Tribune 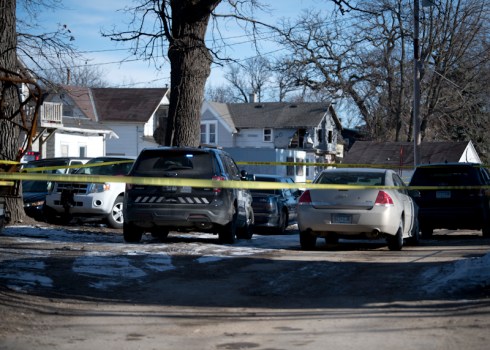 Law enforcement were investigating a death Thursday in the alley between College Street and Court Street in Albert Lea. - Colleen Harrison/Albert Lea Tribune 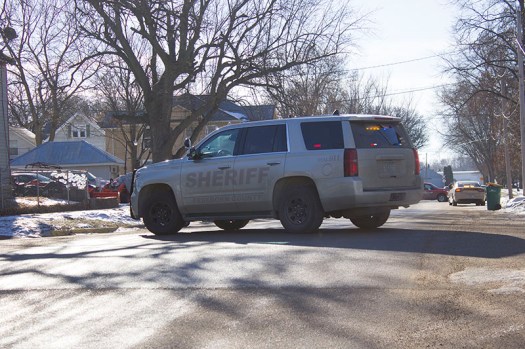 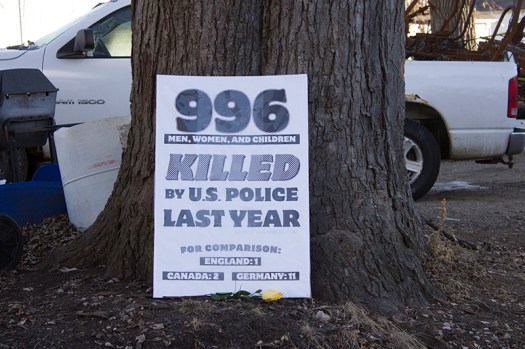 A sign and makeshift memorial comparing the number of people killed in the United States by police officers to other countries had been placed near the alley where the shooting took place Thursday south of the intersection of College Street and Euclid Avenue. - Sam Wilmes/Albert Lea Tribune

The Minnesota Bureau of Criminal Apprehension released the names of the three officers involved in a shooting Thursday morning that resulted in the death of an Albert Lea man. 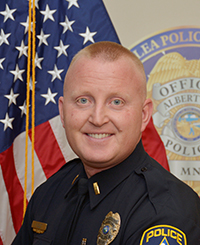 All three have been placed on standard administrative leave.

The release stated Taylor received a minor sharp force injury and was treated for his injury by Gold Cross Ambulance personnel. 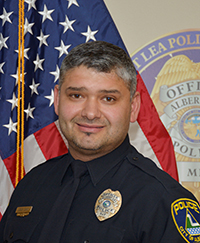 Though the BCA offered some details into the incident, many questions remain.

The agency stated officers responded to a 911 call of “a disturbance” involving Roberts at a home at 317 Court St. in Albert Lea, but by the time officers arrived, Roberts had fled the home. They subsequently pursued him on foot, and the pursuit ended in the north-south section of the alley between Court and West College streets.

At one point during the encounter with Roberts, Taylor was injured.

Taylor deployed his chemical irritant and his Taser, and Palmer and Cantu shot their firearms. Roberts was struck and pronounced deceased at the scene. 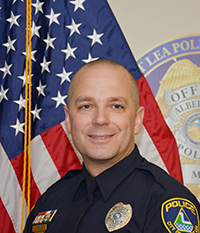 The officers were not wearing body cameras; however, squad cameras were operating at the time and captured portions of the incident.

Crime scene personnel recovered a knife at the scene where the shooting occurred and continue to gather evidence, interview witnesses and officers involved.

The BCA is investigating the incident at the request of the Albert Lea Police Department, and once the investigation is complete, the BCA will turn its findings over without a recommendation to the Freeborn County Attorney’s Office for review.