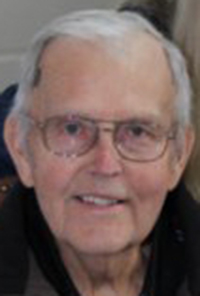 On Sept. 8, 1962, Bruce was united in marriage to Ruth Ann Tukua, his high school sweetheart, at Hartland Lutheran Church. For 35 years they worked together farming, until Ruth Ann’s death in 2009. For eight of those years they also managed a small farrow-to-finish hog operation. Bruce spent a total of 55 years working farm drainage projects and demolishing old farm sites. For 30 of those years he also owned and operated Langlie Drainage. For nine years, up until 2017, he worked for Brandon Flatness, continuing to work on drainage projects.

Bruce loved antique tractors and especially enjoyed joining others on tractor rides and tractor pulls. He enjoyed gardening and giving away the produce to friends. Riding snowmobiles and hunting were also two fun activities he shared with family and friends.

In November 2017 Bruce embarked on a new adventure. He auctioned off the farm and drainage equipment, sold the farm and moved to Charleston, South Carolina, to join his daughter, Terri, and son-in-law, Rich. Since moving to Charleston he enjoyed experiencing a multitude of phenomenal restaurants, enjoying freshly caught seafood and purchasing shrimp right off the shrimp boats.

Bruce was loving, honest and hardworking, and loved to laugh and chat with friends. He was dearly loved by his family and friends and will be missed by all.